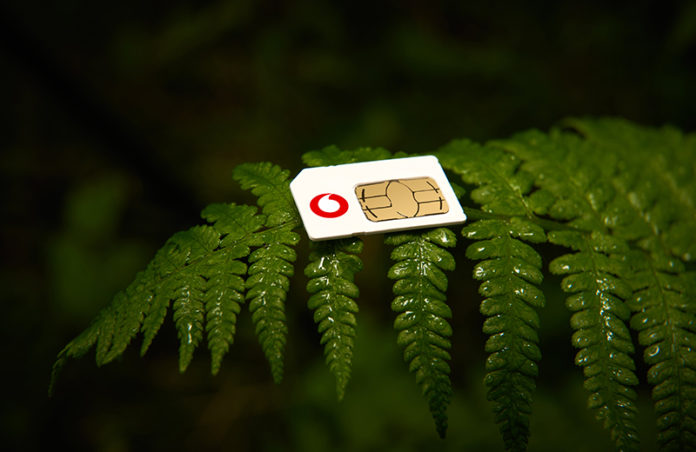 Vodacom South Africa has announced that it pledges to halve its environmental impact by 2025, an effort that is well underway, according to the telco group, with a target set to accelerate the reduction of greenhouse gas (GHG) emissions.

The group says that within the next three years, it aims to diversify its energy mix which includes buying electricity needed for its operations from renewable energy sources.

This target will have a huge impact on Vodacom’s pledge, as electricity consumption is the primary source of the telco’s GHG emissions. Furthermore, by actioning this target, Vodacom expects to contribute nationally to a transition to a low carbon economy thereby helping government achieve its Paris Agreement goal, which requires countries to cut GHG emissions to keep global temperatures below 1.5°C or 2°C above pre-industrial levels.

“While we honour our purpose to connect the next 100 million people in Africa for a better future, we do believe implementing this should not come at a cost to the environment,” notes Takalani Netshitenzhe, External Affairs Director for Vodacom South Africa.

“Our new target for energy consumption is one of the many ways we’re tackling our own environmental impact because we understand that South Africa can only transition into a sustainable, climate-resilient, low-emission economy if everyone plays their part.”

The urgency of transitioning to a low-emission economy that can sustainably support both people and the planet is emphasised by the Presidential Climate Commission (PCC). This multi-stakeholder body was launched by President Cyril Ramaphosa in 2020 and tasked with finding avenues to address climate change in a way that secures sustainable futures for all South Africans.

“This is particularly important for workers in industries most affected by global warmings, such as energy, construction, mining and farming,” notes Netshitenzhe.

“As we transition to a low carbon economy we also have a responsibility not to leave anybody behind.”

As such, climate change must be viewed through the lens of socio-economic structures. This is at the heart of a “Just Transition”, which is a plan for gradually moving into a low-carbon economy in a way that “provides greater job security for all workers affected by global warming and climate-change policies.”

The PCC is creating a Just Transition framework that requires such collaboration, says Vodacom, encouraged through engagements like the Just Transition Multi-Stakeholder Conference from 5 and 6 May at the Vodacom Conference Centre in Midrand, South Africa.

Vodacom is a sponsor of the conference with Netshitenzhe and Pavesh Govender, Managing Executive for IoT at Vodacom Business as participants contributing to the Just Transition discussions.

Vodacom’s latest energy consumption target will see continued investments in energy-efficient solutions such as solar-powered sites – to date, Vodacom has 1088 of these across its market.

Additionally, there will be a continued focus on purchasing renewable energy through innovative Power Purchase Agreements (PPAs) with Independent Power Producers. In the previous financial year, Vodacom sourced 1,183.898kWh of energy through such PPAs, which helped the telco save 11,971MWh of electricity, while reducing its GHG emissions by 12 272mtCO2e.

Furthermore, Vodacom’s own Internet of Things (IoT) solutions have bolstered its energy-saving efforts. Through subsidiary IoT.nxt, Vodacom deployed IoT-based controls to over 7 232 of its base stations in South Africa, resulting in a 2.8% decrease in energy consumption in the last financial year.

Sharing how technologies like IoT can be leveraged to protect against climate change will be part of Vodacom’s contribution at the upcoming conference.

“We are honoured to be afforded an opportunity to take lessons from climate change experts and also to contribute our insights on the all-important matter of a Just Transition, bringing the unique perspective of a TechCo experienced in sustainable digital transformation to the table,” says Netshitenzhe.