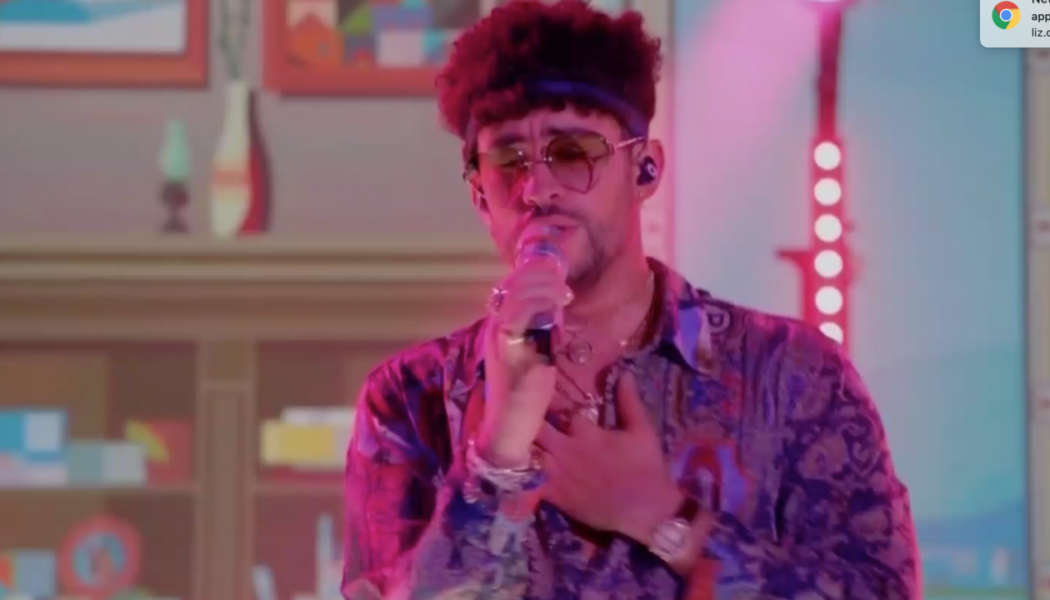 Bad Bunny was on fire during his soul-baring performance of “Maldita Pobreza” at the 2021 Latin Grammy awards.

Surrounded by pulsing flames, the Latin Grammy winner closed out the night with the somber deep cut, alongside a full band. Sporting a dark pink suit and curly mohawk, the hitmaker entered the stage with a black veil covering his face and inverted coloring on screen. Joining the band, Benito rocked out for the rest of his performance, as strobe lights flashed in the background.

With the theme “rediscovering life through music,” the three-hour show “[invites] audiences to rediscover what’s important in life using music as a storyline,” according to a statement from the Latin Recording Academy.