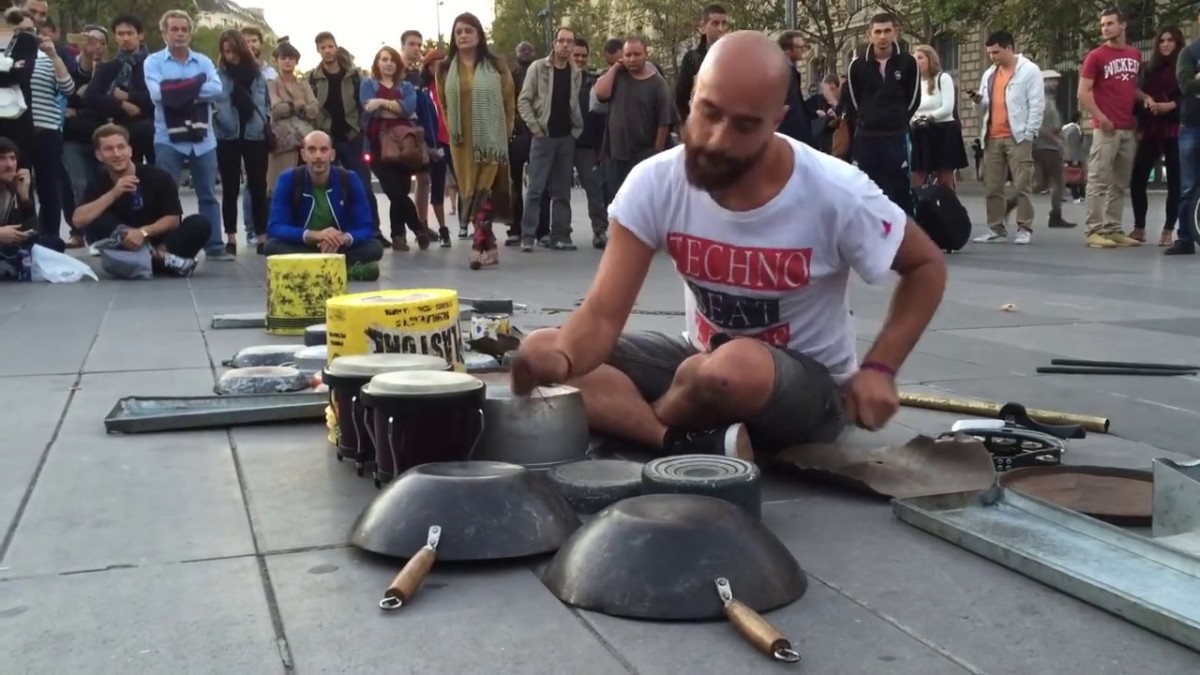 Remember making music in your kitchen as a kid, banging pots and pans together to find any semblance of a rhythm?

For Italian music producer Dario Rossi, this childhood pastime has evolved to the big leagues: techno street performances, comprised of an elaborate setup of pots, pans, empty buckets and scrap metal. But he’s not playing around—these impressive techno sets are unmatched in their sonic texture, rhythm and groove. And with Rossi’s frenzied drumming—he’s been dubbed a “superdrummer”—and concentration face, they’re visually pleasing to boot.

With a YouTube channel that dates back to 2014, it’s clear Rossi is a veteran in the art of techno street performances. He’s even graduated from brick and cobblestones to a full-blown stage. You can also find his original, studio-made music on digital streaming platforms.

To celebrate World Techno Day, check out a few of Rossi’s viral performances below.