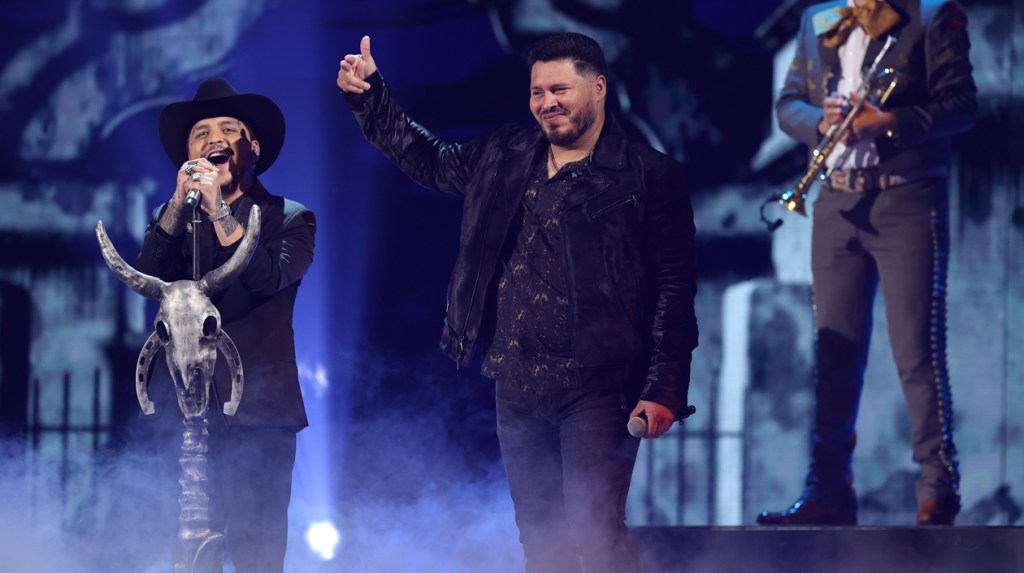 The first partnership for Christian Nodal and Banda MS pays dividends as “La Sinvergüenza” reaches No. 1 on Billboard’s Regional Mexican Airplay chart dated Nov. 27. The song ascends from No. 3 in its eighth week thanks to a 21% boost in audience impressions, to 8 million, earned in the week ending Nov. 21, according to MRC Data.

The new No. 1 grants Nodal his 13th leader. Plus, he extends his No. 1 career record among regional Mexican soloists, steadily scoring chart champs every year since his first win in 2017 (“Adios Amor,” seven-week reign).

With 16 leaders, meanwhile, Banda MS ties with Conjunto Primavera and Intocable for the second-most No. 1s among all acts, just behind Calibre 50’s 20 wins. The Sinaloans, who earned its first Regional Mexican Airplay entry in 2001, took over atop the chart 13 years later with the six-week champ “Hermosa Experiencia” (March 2014).

Beyond its Regional Mexican Airplay coronation, “La Sinvergüenza” continues its ascent on the overall Latin Airplay list with a 10-5 climb, the closest it’s been to the top in its sixth week run.