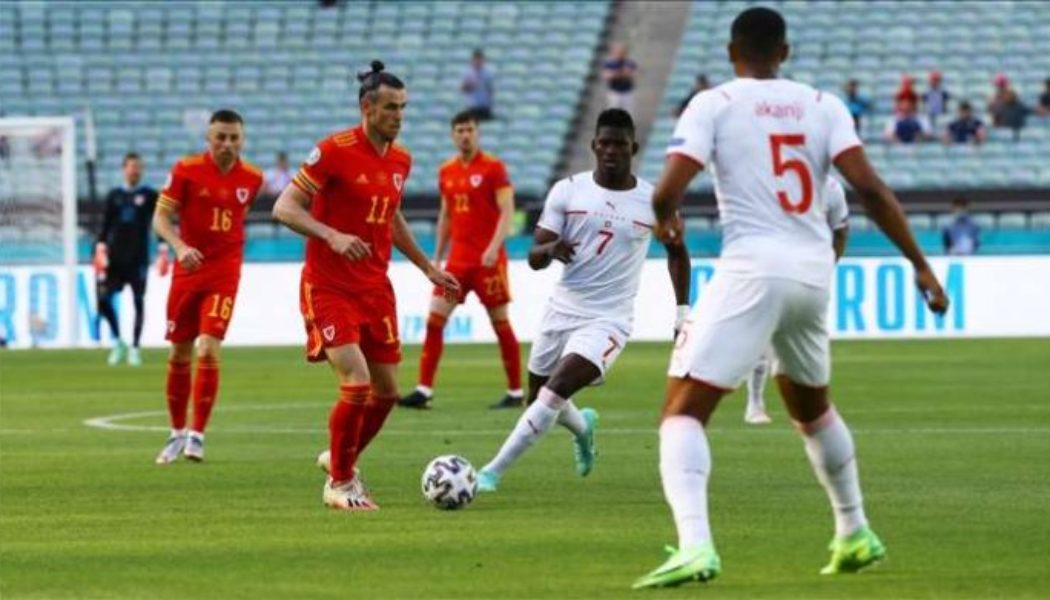 Wales are bracing for a hostile reception when they face Turkey in Baku at Euro 2020 on Wednesday while rejuvenated Italy can seal their place in the last-16 with victory against Switzerland.

After drawing 1-1 with the Swiss in their opening Group A game, Wales play in the capital of Azerbaijan, with locals expected to get behind their Turkish neighbours, who will also have several thousand travelling fans on their side.

Wales captain Gareth Bale, who experienced a dizzying run to the semi-finals at Euro 2016, said he was unfazed by the prospect of an aggressive atmosphere.

“Hostility is no problem,” said the Real Madrid forward. “This is what we do for a living. We’re used to playing in away games and being in front of hostile crowds.”

Turkey are desperate to shake off the disappointment of losing 3-0 to Italy in the tournament’s opening match.

“For two days following the game we were very fragile, we were very broken. We were really tired and negative,” said Turkey captain Burak Yilmaz.

“It will be like a host city for us. With the help of the country we want to win this game.”

Roberto Mancini’s Italy were impressive in their first outing and, with home advantage in Rome, will be confident of securing qualification for the knockout phase.

The 1968 European champions, on a 28-match unbeaten run, have a rich international pedigree and are desperate to atone for the humiliation of failing to qualify for the 2018 World Cup.

“The strength of this Italy? It’s the group,” said forward Lorenzo Insigne.

“The coach has created a great group. No one is assured of a place.

“Whoever plays knows what we have to do, to put ourselves at the service of each other.”

In the first match of the day, Russia host neighbours Finland in Saint Petersburg looking for their first points in Group B.

On Tuesday, a Mats Hummels own goal proved enough for 2018 World Cup winners France to beat Germany 1-0 in a blockbuster Group F match in Munich on Tuesday.

France deserved the win, with both Kylian Mbappe and Karim Benzema having second-half goals disallowed for offside calls while Adrien Rabiot also hit the post for Les Bleus.

“It’s our first match, but this is a game that could have been a semi-final or a final and to take these three points in a group like this was important,” France coach Didier Deschamps told broadcaster M6.

Germany’s opening defeat in the “Group of Death” turns up the pressure on coach Joachim Loew, who is taking charge of a tournament for the last time.

The three-time winners are haunted by finishing bottom of their group at the World Cup in Russia but face a tough task, with games to come against Portugal and Hungary.

“It’s up to us to crank things up in the next two or three days,” said Loew. “We have to look to improve because we need a goal or two.”

Germany’s next game is against Cristiano Ronaldo’s Euro 2016 winners, who got off to the perfect start by beating Hungary 3-0 in Budapest.

Ronaldo marked the occasion by netting his 10th and 11th European Championship goals, surpassing the record of nine he shared with France legend Michel Platini.

The 36-year-old Juventus forward has now scored in five different European Championship finals and has 106 goals for his country, leaving him just three away from matching Iranian Ali Daei’s all-time international scoring record of 109.

In Munich, tragedy was narrowly averted before the Germany game when a Greenpeace activist crash-landed on the pitch after his powered parachute microlight struck spider cam cables.

The pilot flew over the pitch with “Kick out oil” written on the canopy of his parachute, but he hit television cables above the pitch, it knocked his microlight off balance and he landed on the turf after clipping one of the stands.

“This inconsiderate act… caused injuries to several people attending the game who are now in hospital and law authorities will take the necessary action,” said European football’s governing body UEFA.

Greenpeace apologised for the protest gone awry, saying the aim had been for the activist to drop a latex ball with a protest message onto the pitch.