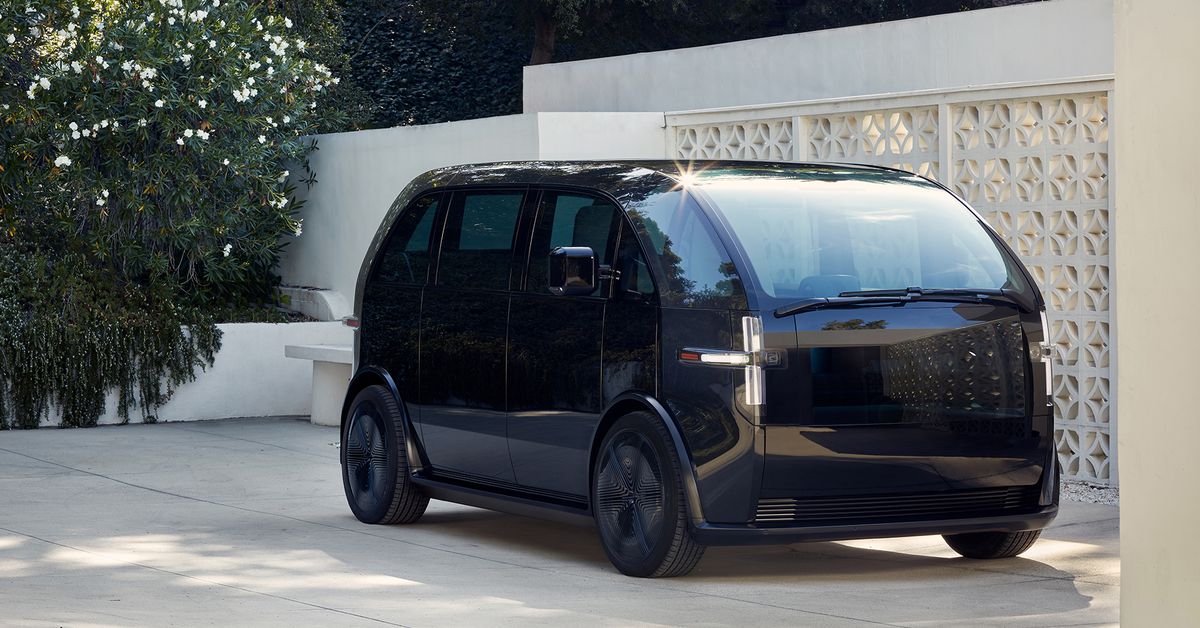 Apple held meetings with California EV startup Canoo in the first half of 2020 as part of the Silicon Valley giant’s secretive effort to advance its own electric vehicle project, three people familiar with the talks have told The Verge. The two companies discussed options ranging from investment to an acquisition, according to two of the people.

Canoo’s scalable electric vehicle platform, or “skateboard,” is largely what drew Apple’s interest, the people said. The platform is different from ones developed by other startups and larger automakers because it integrates more of the car’s electronics, allowing for greater flexibility in cabin design. It also features steer-by-wire technology, which also increases design flexibility and is not yet widely adopted in the industry.

Canoo was more interested in taking on an investment from Apple, two of the people said. Ultimately, the talks fell apart. Canoo has since become a publicly traded company after merging with a blank check fund that was listed on the NASDAQ in late 2020. Apple has made at least one other acquisition in the mobility space in recent years, buying Drive.ai in 2019.

The talks happened at a crucial financial moment for Canoo

News of Apple’s interest in Canoo comes as Reuters reports that the tech company is negotiating with Hyundai to make a self-driving electric vehicle as early as 2024. Apple’s vehicle project, codenamed “Project Titan,” has shapeshifted multiple times over the years. But the company has now reportedly refocused on making an autonomous electric vehicle and has been holding meetings with automakers as small as Canoo and as big as Hyundai as it looks to outsource things like technical design and manufacturing.

Hyundai and Canoo previously announced a plan to co-develop electric vehicles in February 2020, though that project appears to be unrelated to the startup’s talks with Apple. Canoo refers to its partnership with Hyundai in recent filings with the Securities and Exchange Commission as an “engineering services agreement” that will see the companies co-develop a platform to power a “small segment electric vehicle.” But Canoo has not disclosed whether it has been paid for the Hyundai deal, or whether any work has begun.

Canoo was founded in late 2017 by a small group that split out from struggling EV startup Faraday Future, including multiple former BMW executives. As The Verge first reported, the effort was funded by a Chinese investor who is the son-in-law of a former CCP leader, and the family in charge of Taiwanese tech company TPK, which supplies touchscreen technology to Apple. Canoo plans to make commercial electric vehicles, like delivery vans or food trucks, as well as a consumer-focused van that will be sold on a subscription basis. All of Canoo’s vehicles are powered by that same scalable skateboard technology.

The talks with Apple came at a crucial time for Canoo, which lost $182.3 million in 2019 while working on its first prototype vehicle and entered 2020 with just $29 million in the bank, according to a recent filing with the Securities and Exchange Commission.

Canoo took meetings with a variety of companies from Silicon Valley, China, and elsewhere in 2019 and 2020, the people said. But as deals failed to materialize, the startup needed short-term money. It took a $7 million loan from the government’s pandemic Paycheck Protection Program and, as talks with Apple dragged on, another $15 million total from Pak Tam Li (the Chinese investor) and the Chiang family (the owners of TPK) in March 2020, according to the SEC filing.

Canoo eventually started negotiations with the blank check fund, Hennessy Capital Acquisition Corp. IV, later in the year. It was one of the first startups to jump on this trend of using a so-called “special purpose acquisition company” to shortcut the traditional path to becoming publicly traded. As that deal was worked out, the Chiang family put another $80 million into the startup, and the soon-to-be executive chairman invested $35 million, according to the SEC filing. Canoo raised some $600 million when the deal closed near the end of 2020.

While Canoo now has the money it sought at the beginning of 2020, that hasn’t softened its ambitions to work with big companies like Apple. The startup said in that same SEC filing that it is “currently in discussions with multiple other blue-chip industry participants interested in leveraging Canoo’s technologies and engineering expertise for their own commercial products.”