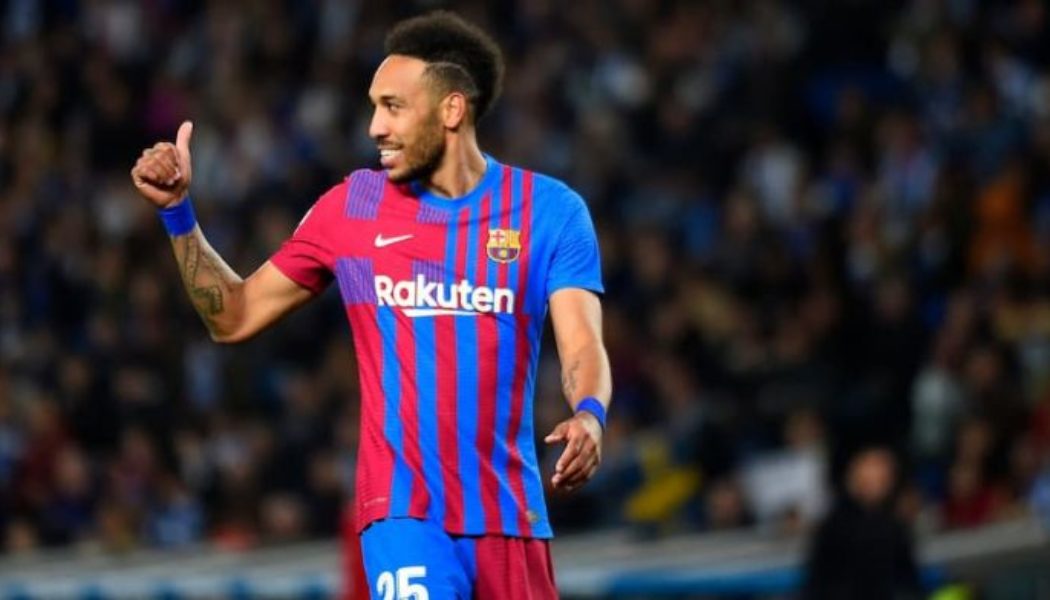 With a few weeks left to the end of the transfer window Thomas Tuchel is wanting to sign yet another player to strengthen his team. Fabrizio Romano has claimed that Tuchel is pushing the Chelsea board to sign Aubameyang.

Chelsea mean business this transfer window after already signing four quality players – Sterling, Koulibally, Cucurella and Chukwuemeka. It seems like The Blues transfer window isn’t over just yet and are showing interest in Aubameyang.

Thomas Tuchel is pushing with Todd Boehly to sign Pierre Aubameyang as he’s considered perfect striker – but Barcelona have not received official proposal yet. 🚨🔵 #CFC

Chelsea are considering Auba as an option as revealed last week ⤵️ https://t.co/GqXEQm4e5L

Aubameyang is currently at Barcelona and after leaving Arsenal it looks like he’s found his scoring boots again, with 11 goals in 17 La Liga games at Barca. With Barcelona’s current financial issues it may be a blessing to get the forwards salary off their books.

Ex Chelsea player Gus Poyet believes Aubameyang holds all the answers for Chelsea. In a recent interview he said: “Aubameyang would be perfect for Chelsea. He looks happy and back to his best scoring goals”

Chelsea are really pushing for a title challenge with their new signings and come in at 16/1 on the best UK football betting sites.

It looks like Chelsea are also the frontrunners in getting Frenkie De Jong’s signature with Manchester United’s deal with Barcelona disappearing. The Dutchman looks set to leave the Camp Nou after disagreeing to take a salary reduction and owed £17m in deferred wages.