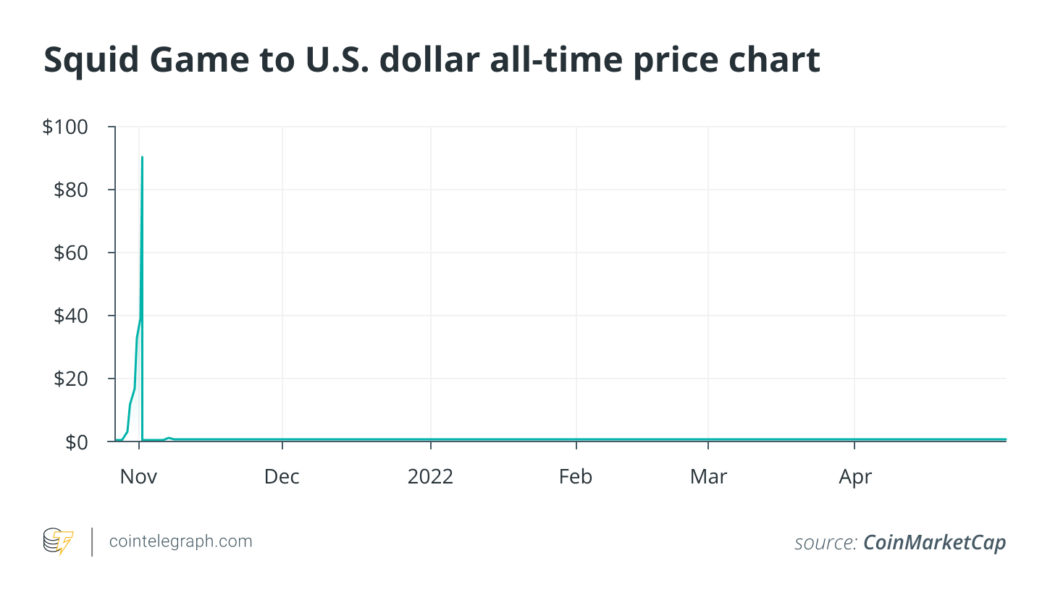 The Empire State made two appearances on the regulatory stage last week, and neither was entirely reassuring.

On April 25, bill S8839 was proposed in the New York State (NYS) Senate that would criminalize “rug pulls” and other crypto frauds, while two days later, the state’s Assembly passed a ban on non-green Bitcoin (BTC) mining. The first event was met with some ire from industry representatives, while the second drew negative reviews, too. However, this may have been more of a reflex response given that the “ban” was temporary and principally aimed at energy providers.

The fraud bill, sponsored by State Senator Kevin Thomas, looked to steer a middle course between protecting the public from scam artists while encouraging continued innovation in the crypto and blockchain sector. It would criminalize specific acts of crypto-based chicanery including “private key fraud,” “illegal rug pulls” and “virtual token fraud.” According to the bill’s summary:

“With the advancement of this new technology, it is vital to enact regulations that both align with the spirit of the blockchain and the necessity to combat fraud.”

Critics were quick to pounce, however, assailing the bill’s relevance, usability, overly broad language and even its constitutionality.

The Blockchain Association, for instance, told Cointelegraph that the bill as currently written is “unworkable,” with “the biggest nonstarter being the provision obligating software developers to publish their personal investments online, and making it a crime not to do so. There’s nothing remotely like this in any traditional industry, finance or otherwise, even for major shareholders of public companies.”

The association further added that all the specified offenses were already covered under New York State and federal law. “There’s no good reason to create new offenses for ‘rug pulls.’”

Stephen Palley, partner in the Washington D.C. office of law firm Anderson Kill, seemed to agree, telling Cointelegraph that New York State already has the Martin Act. This is “an existing statutory scheme that is one of the broadest in the country that, in my view, likely already covers much of what this bill purports to criminalize.”

A threat to trust

On the other hand, it’s hard to deny that fraud dogs the cryptocurrency and blockchain sector — and it doesn’t seem to be going away. “Rug pulls put 2021 cryptocurrency scam revenue close to all-time highs,” headlined a Chainalysis December report. The analytics firm went on to declare these activities a major threat to trust in cryptocurrency and crypto adoption.

The Thomas bill concurred, noting that “rug pulls are now wreaking havoc on the cryptocurrency industry.” It described a process in which a developer creates virtual tokens, advertises them to the public as investments and then waits for their price to rise steeply, “often hundreds of thousands of percent.” Meanwhile, these malefactors have stashed away a huge supply of tokens for themselves before “selling them all at once, causing the price to plummet instantly.”

The summary went on to describe a recent rug pull that involved the Squid Game Coin (SQUID). The token began life at a price of $0.016 per coin, “soared to roughly $2,861.80 per coin in only one week and then crashed to a price of $0.0007926 in less than five minutes following the rug pull:”

“In other words, the SQUID creators received a 23,000,000% return on their investment and their investors were swindled out of millions. This bill will provide prosecutors with a clear legal framework in which to pursue these types of criminals.”

Are the proposed fixes workable?

Some were baffled by some of the remedies proposed in the bill, however, including a provision that token developers who sell “more than 10% of such tokens within five years from the date of the last sale of such tokens” should be charged with a crime.

“The provision that makes it a fraud for developers to sell more than 10% of tokens within five years is preposterous,” Jason Gottlieb, partner at Morrison Cohen LLP and chair of its White Collar and Regulatory Enforcement practice, told Cointelegraph. Why should such activity be considered fraudulent if conducted openly, legitimately and without deception, he asked, adding:

“Worse, it’s sloppy legislative drafting. The rule is easily circumvented by creating a massive amount of ‘not for sale’ tokens that simply get locked in a vault, to prevent any sale from crossing the 10% threshold.”

Others criticized the bill’s lack of precision. With regard to stablecoins, the bill would require an issuer “not” to advertise, for example, said David Rosenfield, partner at Warren Law Group. By comparison, most bills of this type “will mandate certain disclosures or prohibit certain language.” The legislation’s vague and overbroad language “permeates and infects the bill fatally, in my view,” he told Cointelegraph.

The bill also stipulates that a trier of fact must “take into account the developer’s notoriety,” he added. Again, it isn’t really clear what this means. Ask 10 people to define notoriety, and one might receive 10 different answers. Or, take the provision that software developers publish their personal investments. “This unconstitutionally stigmatizes a class of citizens and developers without a compelling reason that would pass constitutional muster,” Rosenfield said. “This whole bill will not pass Constitutional requirements.”

Cointelegraph asked Clyde Vanel, who chairs the New York State Assembly’s Subcommittee on Internet and New Technologies — and who introduced a companion bill to S8839 in the lower house — about the criticism that rug pulls and other sorts of crypto fraud are already covered by existing statutes, including the state’s Martin Law. He answered:

When asked for an example of how the bill aligns with “the spirit of blockchain,” as claimed in the summary, Vanel answered, “Interestingly, one of the main tenets of blockchain technology is trust. This bill will provide the much-needed trust for certain cryptocurrency investments and transactions.”

“I want to make sure that New York is a place with a free, open and fair marketplace for entrepreneurs, investors and all to participate,” Vanel told Cointelegraph. “The disclosure obligation applies exclusively to a developer’s interest in the specific token created. It does not apply to other investments outside of the specific token in question.”

What is driving the state’s legislators?

One suspects this bill may have been hurriedly drafted, given some of the imprecise language cited above. It bears asking, then: What is motivating New York’s lawmakers? A need to catch up with a new technology that many still don’t understand? A desire not to be outdone by other states and locales like Wyoming, Texas and Miami that are busy staking their claims in the crypto territory?

“Read the 20-page criminal complaint in the recent charges against Ilya Lichtenstein and his wife, Heather Morgan,” answered Rosenfield. He referenced the recently arrested couple charged with stealing crypto valued at $4.5 billion at the time of writing from the Bitfinex exchange in 2016, “and you will appreciate what a challenge legislators and regulators have in combating the ever-increasing level of cryptocurrency fraud, especially in New York State.” More regulation is arguably needed, he added, “but this bill certainly isn’t it.”

On the matter of the lawmakers’ motivation, Palley said, “A generous view is that the market is in fact rife with misconduct and in some cases outright fraud, and that legislators wish to make a mark and add laws to the books to address that behavior.”

On the other hand, a cynic might hazard that it’s nothing more than legislative theater. “The truth probably lies somewhere in between,” Palley told Cointelegraph, adding:

“Regardless, I’m just not sure that the new nature of the asset class really calls for new laws to address behaviors that are as old as commerce itself.”

As noted, S8839 was closely followed last week by the passage in the NYS Assembly of a two-year ban on non-green Bitcoin mining. Is the state’s long-simmering crypto wariness beginning to boil over?

Gottlieb suggested the two events really weren’t comparable. “The Bitcoin mining legislation, while misguided and faulty, at least comes from an understandable desire to safeguard our environment in interactions with a new technology,” he said.

The new rug pull legislation, in comparison, may also come from a desire to safeguard investors and prevent fraud, but it offers nothing new. “Existing law covers that concern perfectly well.”

The Bitcoin mining “ban” seemed to have attracted more attention than the rug pull bill last week, but this may have been partly due to a misapprehension. “This [mining] bill has been framed in the media as a ban on crypto mining. It is not that,” declared NYDIG Research Weekly in its April 29 newsletter. Rather, it is a two-year suspension on some kinds of crypto mining principally aimed at power companies, not Bitcoin miners, said NYDIG, adding:

All told, it may be no surprise that New York State seems to be forging its own path on the matter of blockchain and cryptocurrency regulation. After all, “New York State is the financial engine of the country,” commented Gottlieb. On blockchain-based finance, however, “New York’s legislative regime has greatly hampered responsible development in the industry.” He cited the state’s BitLicense requirement as an example of one “onerous” and “largely ornamental” requirement. Overall, Gottlieb told Cointelegraph:

“New York lawmakers need to consider whether they want New York to attract and nurture a burgeoning fintech industry, or whether they want to pass more ill-conceived laws that serve little purpose other than to scare away companies.”