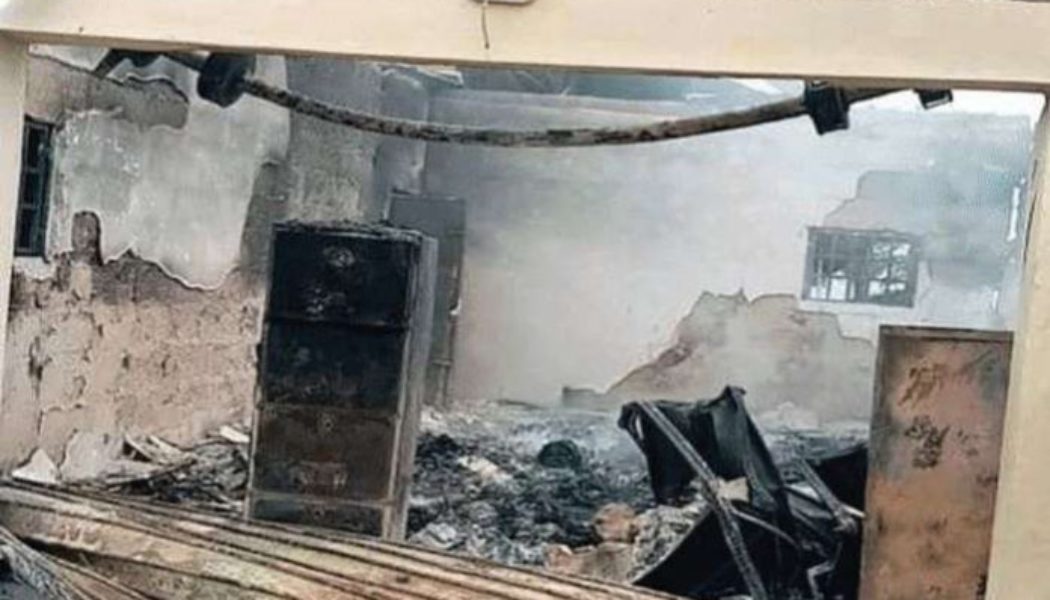 The Independent National Electoral Commission INEC has called for urgent measures to stave off further attacks on its facilities across the country, lamenting that in less than two weeks, three of its offices in the Southeastern part of Nigeria have come under attacks by arsonists.

“The spate of fire incidents involving the facilities of the Independent National Electoral Commission (INEC) in some States of the Federation has unfortunately persisted”, INEC National Commissioner and Chairman of its Information and Voter Education Committee, Barr. Festus Okoye disclosed this in a statement on Friday.

According to him, the attack this time around, is in Enugu State, where the Resident Electoral Commissioner for the State, Emeka Ononamadu, reported that the INEC office in Udenu Local Government Area was set ablaze.

He said following the attack in Abia State, the Commission resolved to convene an emergency meeting of the Inter-Agency Consultative Committee on Election Security ICCES next week to discuss this disturbing trend.

“The latest destruction of the Commission’s physical infrastructure and electoral facilities in Enugu State calls for an immediate review of the measures necessary to secure INEC’s assets across the States.

“Consequently, the Commission is convening an emergency meeting with all the Resident Electoral Commissioners (RECs) on Wednesday 19th May 2021 in Abuja ahead of the meeting of ICCES”, he stated.

Okoye said the latest tragic incident occurred around 8:40 pm on Thursday 13th May 2021.

“No casualties were reported. However, the office building was extensively damaged while electoral materials and office equipment were destroyed in spite of the best efforts of the Enugu State Fire Service to contain the inferno. The Commission appreciates the intervention of the Fire Service.

“The attention of the Police has been drawn to this yet another very worrisome development for investigation.

“This is the third incident involving INEC’s Local Government offices in three States in less than two weeks. First, there was the destruction of the office in Essien Udim LGA of Akwa Ibom State on 2nd May 2021. This was followed by the fire at the Ohafia LGA office in Abia State on 9th May 2021.

“This is yet another setback to the Commission’s ongoing activities and preparations for upcoming electoral activities.

“Meanwhile, the Commission is determined to continue to discharge its responsibilities, including the conclusion of the expansion of voters’ access to Polling Units, resumption of the Continuous Voter Registration (CVR), capacity-building activities, the review of the draft Strategic Plan 2022-2026, engagement with stakeholders as well as all scheduled and pending elections”, he added.