In 2018, drill artists Skengdo x AM were handed a nine-month prison sentence for performing their song “Attempted 1.0” at a London concert, with court labeling the offense as a “breach of a gang injunction.” U.K. drill was always going to find its seat in the scene — despite the authorities’ efforts to penalise the genre — and no one could have anticipated the rise that it’s had over the last five years. And while the origins of the sound came from the land of southside Chicago (thank you Chief Keef), British producers have expanded the sounds’ influence with sprinkles of afrobeats, bashment, grime, and R&B – and in drill’s current entirety, nothing seems to be off-limit.

With this being said, drill music — and U.K. road rap — is consistently producing raw talent, and it’s giving local rhymers the chance to narrate on the environments they’re products of. Through the discovery of the power of music independency, artists no longer need assistance from labels and execs alike — they’re free to create, express and nobody can stop it. One major day in U.K. rap and drill’s recent narrative occured on June 27, 2019 — the day Gipsy Hill rap star K-Trap unveiled his face after wearing a collection of balaclavas since debuting in 2016. And while the music was well-received by fans from a faceless K-Trap, a newly-found flyboy of the new-school rap scene was born the moment his bare face took to the camera.

Three years since his unveiling, K-Trap is making more noise than ever before. With four mixtapes – including a collaborative project with Blade Brown – and a hit single “Warm,” which went on to be a viral sensation — Trap is now polished, professional, and frankly, almost the complete finished article. “It’s the press stuff – the first-week chart positions and the whole promotion around it, that’s where it gets a bit tekky,” K-Trap told Hypebeast.

But amongst the inexperience with the press, K-Trap seems hungry, switched on, and vigilant of what it’s going to take to launch his latest project The Last Whip II to the next level of success. With this in mind, Hypebeast caught up with K-Trap to talk about new music, his evolution as a person, and much more.

Hypebeast: Your latest project The Last Whip II is out today. How are you feeling?

K-Trap: I’m good, thank you. I’m just taking life as it comes, to be fair. For me, the music is the easy bit. It’s the press stuff – the first-week chart positions and the whole promotion around it, that’s where it gets a bit tekky. But, the music is easy for me. I’m still learning and I’m getting there though, I’m definitely more confident with life outside of music, and I’m taking this career a lot more seriously than before, and I’ve definitely taken a leap and leveled up within myself.

It’s come very far, man. I came into the game and started blowing up when society was telling us that this kind of music [road rap and drill] was being swept under the carpet. So, for it to be where it is now, and with the number of musicians that are hitting targets and smashing numbers by being themselves, it’s crazy – who would’ve thought it? 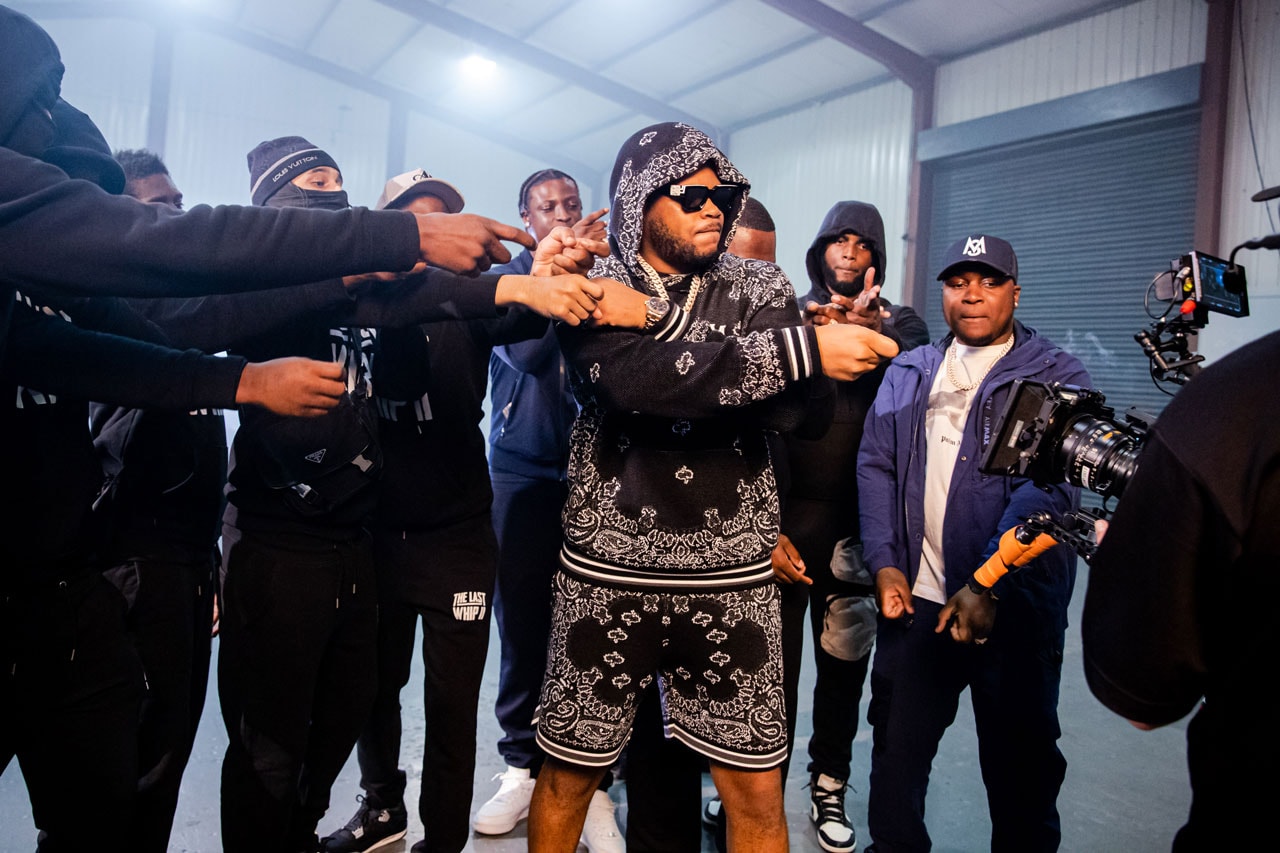 When listening to The Last Whip II, you seem to present a much more vulnerable side to your personality. How come you wanted to open up more this time around?

I feel that the new music is based on growth. Naturally, I’m a very reserved person, and coming into the game as someone so reserved, can be a bit of a shock to the system. But, as I said, I’m growing and I’m dropping more music as I’m becoming more recognized and well-known. And with that – and the longer amount of time I’m spending in this life – I’m naturally becoming more comfortable with the music, I’m understanding the listeners more and I’m feeling a lot more at home where I feel that I can touch base on more things that are personal to me.

Throughout your career, you’ve shown a lot of versatility. Do you do this because you can or because you feel that you need to?

I work with versatility because I can and because I want to. I think that there’s a big majority of people that only know one side of me and there’s a lot more to K Trap than what meets the eye. I like to explore and try different things, but it just so happened that everyone caught me in the drill bag and that’s what kind of blew up for me – I do enjoy making drill music, but there’s more to me and other ways I want to express myself. I don’t want to be stuck in one corner, I want to be known as an artist.

“I do enjoy making drill music, but there’s more to me and other ways I want to express myself. I don’t want to be stuck in one corner, I want to be known as an artist.”

Following the success of your hit single “Warm,” have you taken a blueprint from there that you intend to use on future releases?

I don’t think I could take a blueprint from “Warm.” I was confident about the song, but I could never have predicted what it was going to do. The song was trending a month ago and it came out last year – it still feels like a new song now. That song has told me to make whatever I want to make and to go with what I believe is hard. When I recorded “Warm” I had just come out of my record deal so my process was a lot different. When I was in my deal, I was thinking about catering to different people and if I’m honest, it gave me a bit of writer’s block. But with “Warm,” it was probably the first song that I made when I was free and it’s not even a formula, it’s just K Trap being in his bag and being focused.

Do you ever use your platform to help and advise younger musicians?

I would say that K Trap is a person that whether you’re older or younger, coming into the game or being in the game, the way that I personally carry myself is just a bit different than how other people do it. I think that people who are older or younger could learn from me. I wouldn’t say that I am the person that knows what to do, or that I’m in a position and say, “I’ve done this, so you should do this,” I just think I’m understood and people take pointers from me because I do things differently.

“When I was in my deal, I was thinking about catering to different people and if I’m honest, it gave me a bit of writer’s block.”

Your last project Joints – which was a collaborative tape with Blade Brown – took the streets by storm. How was it working with Blade and how is this new solo project different from what you’ve done before?

Working with Blade Brown is easy and normal – that’s my guy. I think we’re both very similar in the fact that we are very detailed musicians. But, with this new project, I don’t think anything is completely new. The music has leveled up and is of higher quality, but the whole push, roll-out, and marketing that is attached to the project is a lot different than anything I’ve ever done before. This project is the start of a domino effect and it’s going to tick a lot of boxes that weren’t necessarily ticked before.

“This project is the start of a domino effect and it’s going to tick a lot of boxes that weren’t necessarily ticked before.”

Artists like Central Cee have used TikTok to help take their careers to a new level. Would you ever use the platform as the main marketing tool?

I’m never going to be the kind of person that does something just because someone else has found success from it. But now, I understand that I can’t always turn my back on things because every platform that you can widen your fan base from or benefit financially from, any way that I can build more awareness around my brand, I have realized that I’m going to make sure I’m involved in them. I think I was quite naive before, but I’ve now come to the conclusion that I can be a part of any of these platforms and make content by just being me. Why leave food on the table, you know?

What is next for K-Trap and The Last Whip II?

I think people can expect that raw version of K Trap, there are bangers with good hooks, there are sing-a-long songs, and the females can expect a lot more, too. I think the thing that people should be most excited about is the whole movement and how it’s going to be presented. For the last two projects, I’ve dropped and ghosted, but now we have a whole plan and structure – there’s the tour, and there’s a lot more content. The full package is the difference, I haven’t come this heavy before.