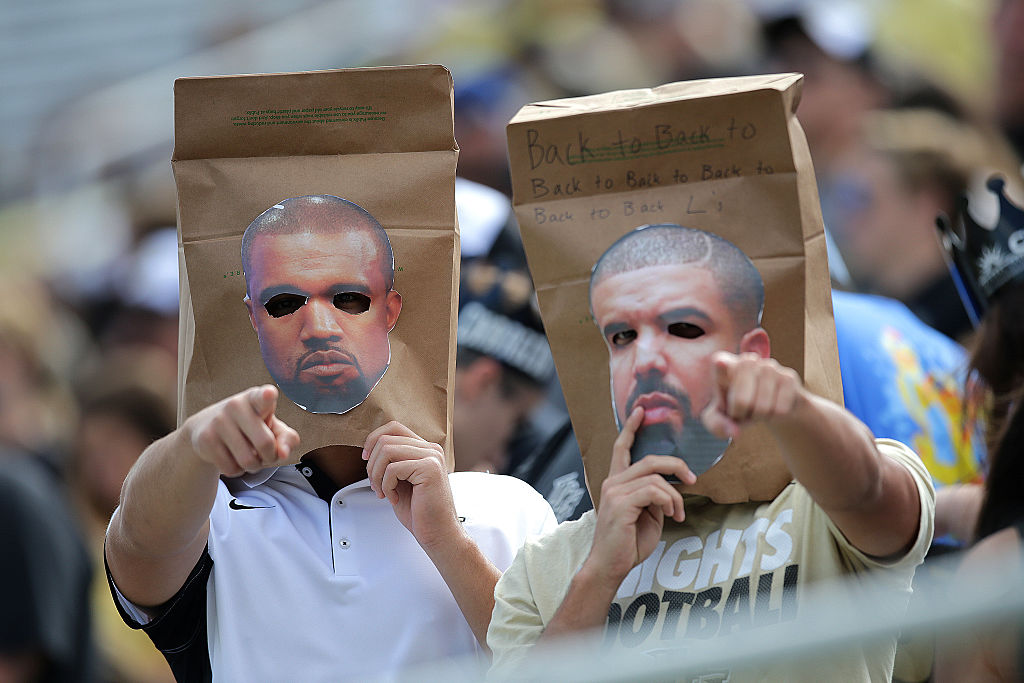 Fans think Donda should be his only priority but clearly Kanye West has Drake on the mind. Last week he made it clear the gloves are off with his former collaborator.

As spotted on Complex the Chicago native has seemingly responded to Drizzy’s recent jabs on Trippie Redd’s “Betrayal”. On the track he rapped “All these fools I’m beefing that I barely know/ 45, 44 (burned out), let it go/ Ye ain’t changin’ sh*t for me, it’s set in stone.” Yeezy shared a screenshot of a group text to his Instagram. In it he sent a photo of Joaquin Phoenix’s Joker character and a very cryptic message saying “I live for this. I’ve been f***ed with by weird ass jock n***as like you my whole life. You will never recover. I promise you.” Additionally he added Pusha T to the chat prior to hitting send and it is speculated that the contact starting with the letter “D” is indeed Drake.

Naturally the post quickly went viral causing fans and media outlets alike to fuel the flames. As quickly as the screenshot went up West deleted it. But it is apparent he still wanted all the Toronto smoke. As seen on Hype Beast the “Good Morning” MC did the absolute most when he shared Drake’s address to his Ontario residence.

The two performers have had a bumpy relationship in the past few years and all signs are pointing to Drake’s Rap beef with Pusha T as the cause. Champagne Papi has yet to comment on the matter but if he keeps the same energy you can expect some bars on his forthcoming Certified Lover Boy.