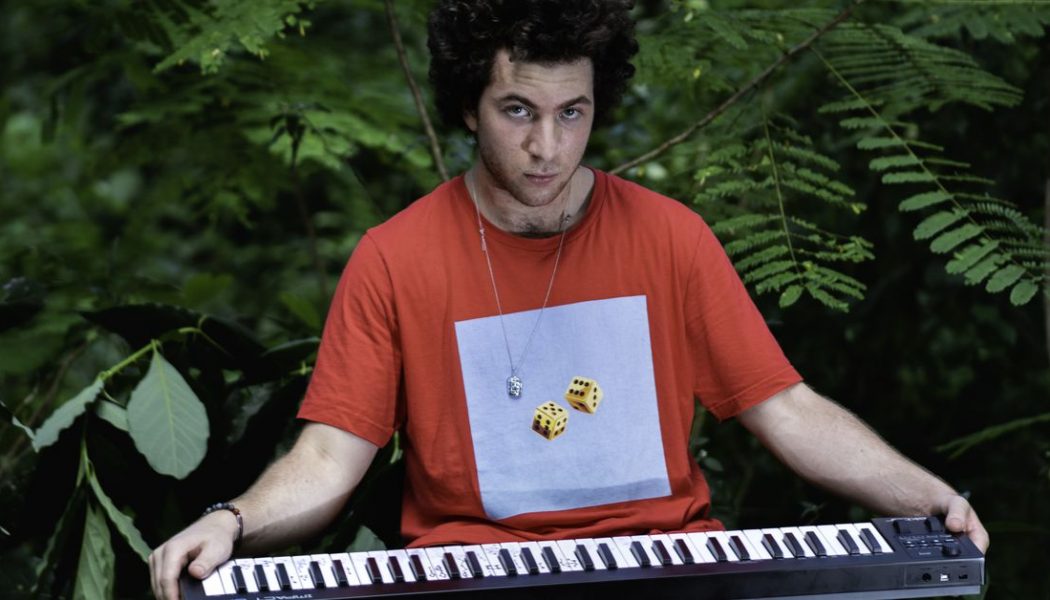 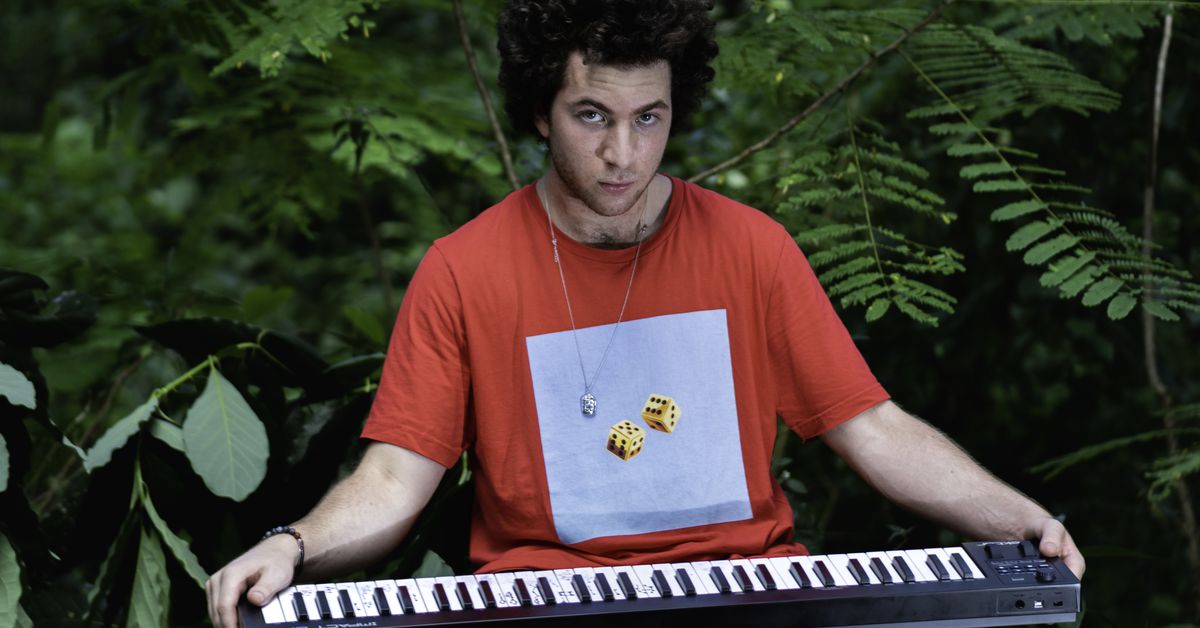 Ricky Desktop is one of the biggest hitmakers of 2020 — though there’s a good chance you’ve never heard his name. Ricky has made more than 20 beats destined for TikTok this year, and more than a half dozen of them have gone on to be huge viral hits. If you’ve spent any time using the app, you’ll probably recognize some of his sounds: “The Chicken Wing Beat,” “The Dice Beat,” “The Boat Beat,” and most recently “The Banjo Beat.”

The latest beats were made from the garage of his parents’ house, where Ricky — not his real name — moved after graduating college last year. Ricky, now 22, is a multi-instrumentalist who’s been playing music since he was 14. Before he shifted to TikTok, he was creating short raps about modern tech, like Venmo, Wikipedia, and LinkedIn. “I had zero traction,” he told The Verge.

That’s all changed since his first viral beat — “The Sharkboy Beat” — blew up in late April. He now has 1.5 million monthly listeners on Spotify, and more than 20 million TikTok videos have been made to his beats, some with tens of millions of views of their own. “It’s the number one entertainment app, and I have the number one most viral sounds on it,” Ricky said. “I’m hype. It’s been dope.”

Ricky spoke with The Verge about what goes into making a beat that millions of people want to record themselves dancing to. The interview has been condensed and edited for clarity.

Okay, first, I need you to tell me about the name.

It just works well. Right now, my whole brand is really kind of techie and viral and computer-y and fun and kid-friendly. So I like it.

Have you ever used a desktop computer?

I mean, growing up, yeah. We had the big, you know, the Dell with the Windows XP vibes.

How did you get into making TikTok beats?

So this guy Gary Vee. I’m sure you know Gary Vee, right? Gary Vee posted a video a while ago saying, “Yo, if you’re a musician and you’re not on TikTok, you are doing something wrong.” And so I took his advice on that.

I was so sure it was gonna go viral. I would just put the sound on top of videos of me chugging water and me in the bathroom mirror saying, “Yo, who’s gonna help me make this go viral?” And then it went really viral. LeBron James posted it with his kid.

What makes a great TikTok beat?

You need concrete, sonic elements that dancers can visually engage with on a person-by-person basis. I know that sounds super scientific, but that is how I think about it. If you’re trying to make a viral beat, it’s got to correspond with the viral dance.

In order to lock in on that, you need elements of the music to hit. So for example, I have this beat called “The Dice Beat.” I added a flute sound, which in my head was like, “Okay, people will pretend to play the flute.” And then there’s the dice sound, where they’ll roll the dice. It was super calculated. I would create the music with the dance in mind.

What other tangible elements are in your tracks?

I developed this little pattern. I pioneered the “triple woah” thing where in all the beats there’s three kicks — bum-bum-bum. So typically, when the bass drop hits, the dancers will do the woah [ed: an accentuated arm and elbow movement popular in TikTok dances] to emphasize the bass drop. Usually, the beat will keep going after that. But what I did, I would add three more bass hits, super calculated, so that dancers could do the woah three times or do three concrete dance accents.

The reason I did it was because it was just something super tangible for dancers to latch onto and that made it easy for people to come up with dances using that as a blueprint.

And I pioneered the water drop, which is my staple sound. So before the bass hits, I’ll do that little water drop sound effect. It’s almost like ASMR in a way. It’s tangible. People can hit the air and or hit their cheek. And that’s the Ricky Desktop thing.

A lot of people have been kind of copying me, which I don’t care about because I was the first one, I think at least, to make it really popular. Even that song “WAP,” they put the water drop right before the bass drop, which is funny. Not that I need credit for it, but it was my thing first, at least on TikTok.

Your tracks have really strong bass, too.

The bass is another really important detail. My bass will have a lot of high frequency in it so that it cuts through the phone speakers, which TikTok dancers really like because it has that crunchy sound.

When I was doing the first couple viral beats, I was living in North Carolina, in Chapel Hill, in an apartment where I couldn’t play music loud at night because there were neighbors and the walls were thin. So what I would have to do is use my laptop speakers, and they don’t really pick up a lot of bass. I would have to make the bass so high frequency-heavy that I would hear it out of the laptop, which ended up being a huge win for me because the majority of people consuming those beats on TikTok are on their phones.

Once you have a beat, how do you make it go viral?

A lot of people will pay popular, famous influencers to dance to their songs, which is one way to do it. That’s not the way I did it. I never paid anyone. My approach was to start from the bottom and work my way up to the top influencers, effectively picking up the entire app.

So I would post my beat and say, “Anyone trying to help me make this beat go viral?” Or I would say, “Who’s gonna create a dance to this new banger?” I’m giving an action item to whoever’s watching. And that’s important because it gives the person watching something to do.

I’ll also post that a bunch of times. Each time you post something, it gets put on a certain number of people’s For You pages. So my thought process was, “Okay, if one person makes a dance to it, and then they post it and their dance gets posted on another group of people’s For You pages, then they’ll see it.” If even one person makes a video from there, that’s a win. But then if you have me posting it a bunch of times, that’s essentially what virality is.

For me, it was never about my videos going viral. I didn’t care. I got 50 likes, and I got 100 views. For me, my key performance indicator was videos made and the frequency at which new videos were being made daily. And so if you’re a musician, it shouldn’t be about your video going viral. Because that has a short half-life. It’s got to be about your song going viral. Because that lasts forever. That’s how I got from zero to 1.5 million Spotify monthly listeners in four months.

Have you made any money off this?

You’re catching me at a point where I’ve sort of, to be honest, gotten what I needed out of TikTok. I’ve been building some nice relationships outside of TikTok, and now really my next step is collaborating with platinum-level artists. You know, top 50, Spotify guys. So I’m not really at this particular moment super inspired by making more viral beats. Although, if I have an idea, then I will obviously do it.

I’m trying to release some music in either album form or EP form. It would be different songs with my production and my songwriting featuring top artists, whether it’s Drake, Gunna, Justin Bieber — just artists that I like. But then after that, once I get established enough as a producer, I’d like to release albums and projects with me as the vocalist.