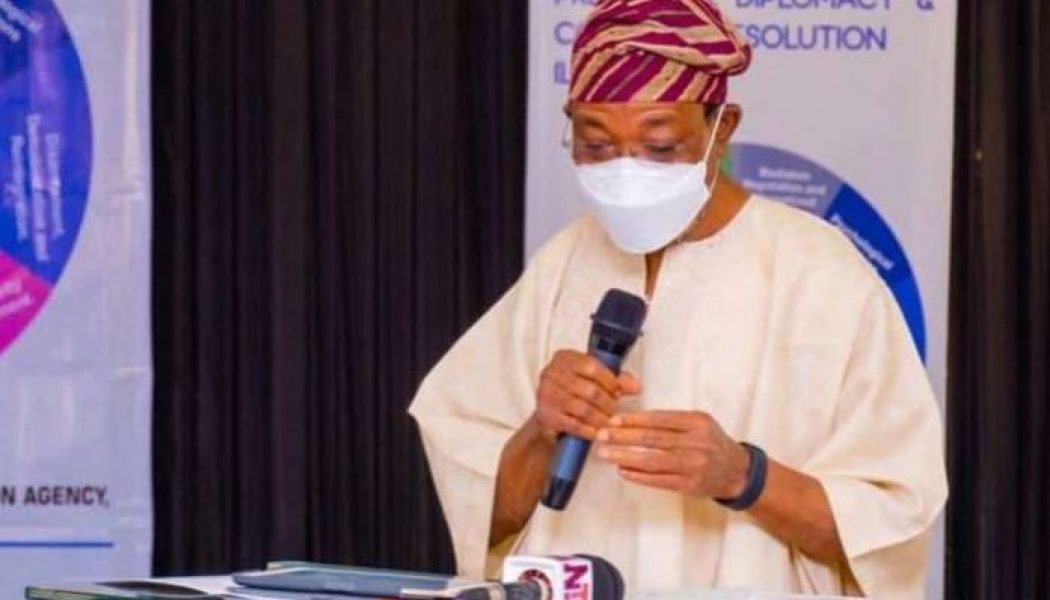 Minister of Interior, Ogbeni Rauf Aregbesola, has said the federal government is worried over the rising unemployment rate in the country.

Speaking at the 2nd Shakeholders’ Meeting on Expatriate Quota Administration organized by the Citizenship and Business Department of the Ministry of Interior, the Minister said: “Anyone that is not worried about the unemployment rate in the country is not a patriot.”

The Minister, who called on all stakeholders at the meeting to ensure quality inputs were brought to the table that will lead to the production of a revised handbook on expatriate quota administration, insisted that a situation were foreign artisans are brought into the country as expatriates would no more be tolerated.

He lamented that some of the foreigners brought into the country on the guise of expatriate are carpenters, masons and all categories of artisans taking the jobs that Nigerians are more than qualified for.

Aregbesola said it was criminal for any organisation to bring an expatriate into the country without employing at least two Nigerians to understudy him to allow for technology transfer.

He noted that: “Business Permit and Expatriate quota administration is global best practices. Every nation regulates its economic relations with other nations in a mutually beneficial way, by putting its national interest and citizens above others. It is a healthy competition that has survived the test of time. If properly and effectively managed, it will lead to technology transfer, manpower development and rapid industrialisation.”

He decried that: “Where nations are careless or unmindful, it leads to untoward consequences of lopsided and imbalanced relationship, foreign domination and stunted development of the host country’s personnel and economy and ultimately creates a dependency syndrome.

“This is not some far-fetched idea. We have suffered this syndrome to a reasonable degree due to non-diligent implementation of the rules and guidelines and it is what we are trying to correct now. It is also replicable in many African and developing economies. So, this is a very serious national policy and I want you to give it the seriousness it deserves.”

The Minister said an average of 30,000 expatriate quotas are issued and given to about 4,000 companies annually and if going by strict compliance with local content regulation and national interest, about 60,000 middle level employment opportunities are expected annually through the compulsory understudy programme for knowledge and skill transfer.

He said: “I have a good cause to say that this meeting has been long overdue in the sense that its outcomes will tie up a lot of loose ends in the obsolete handbook last reviewed in 2004, which has been in use as a guide to granting approvals to requests for various types of expatriate quota made to the Ministry of Interior.”

He revealed that “some of the abuses we have discovered are egregious. We have seen cases of expatriates fraudulently coming in to work as bricklayers, painters and even high-end consorts. Some also circumvent the rules by dubiously acquiring Nigerian citizenship through scam marriages. The funny but tragic case of some Asians hawking vegetables went viral. These are clear economic sabotage acts that should be detected, stopped and sanctioned.”

Aregbesola said: “Let it be known that it is only when we all agree to get things done properly that we can begin the process of restructuring the administration of expatriate quotas. This is a message that we have to pass on to Nigerians and foreigners alike, and which we have to effectively implement, for the economic development we all desire to come to fruition.”

He noted that effective implementation of the rules concerning expatriate quota will lead to rapid industrialization, economic growth and social development in Nigeria.