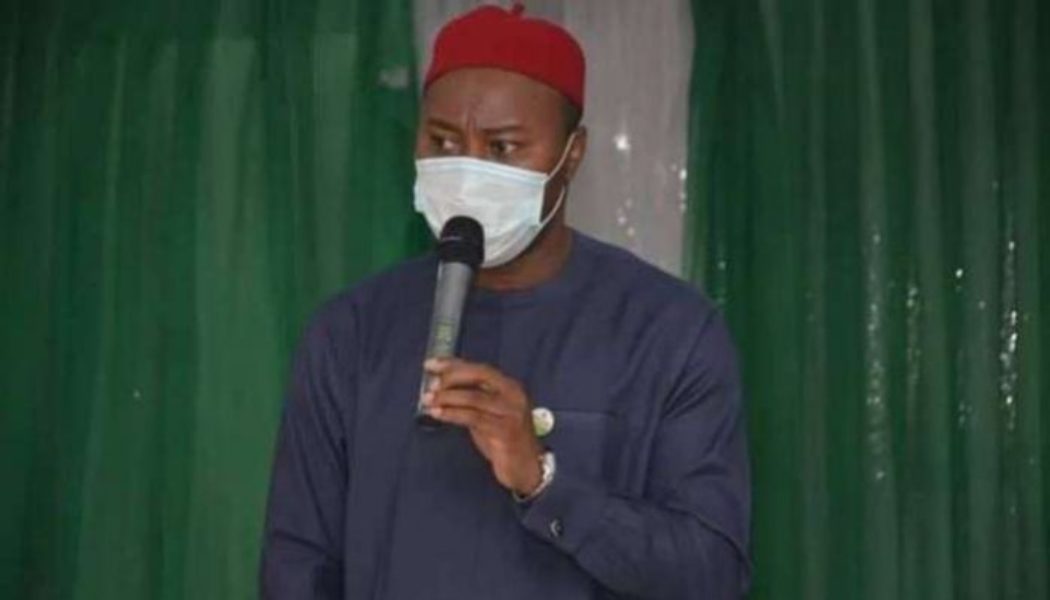 The agency also said it would set up a cassava processing plant and train 200 graduates in the state in soil testing technology. These moves according to NALDA are in line with its determination to boost the Cassava value chain and job creation for youths in the country.

The Cassava processing plant would compliment the Integrated Farm Estates to be established in the three Senatorial zones of the state. The farm estate would comprise of different agricultural activities which includes farming, processing and packaging areas, commodity market, residential areas and schools.

Executive secretary of NALDA, Prince Paul Ikonne made this disclosure when he paid a courtesy visit to the governor of Ogun State, Dr. Dapo Abiodun in Abeokuta recently. Ikonne while briefing the governor on his visit, he said NALDA is in Ogun State to reactivate its 700 hectares land and possibly get more lands from the state government for the establishment of an Integrated Farm Estate in the three Senatorial Zones of the state, establish a cassava processing and packaging plant and train 200 graduates with agric and science background on soil testing technology.

“Mr. President has directed us to create employment and achieve food security through NALDA’s mandate, we are running projects which Ogun State has been slated to be one of the pilot states,” he told the
governor.

“NALDA’s integrated Farm Estate is going to be sighted in the three senatorial zones in the state. The integrated farm estate is a concept that takes in everything from production to processing to packaging
and marketing and it would also have residential areas for farmers.

NALDA would be requesting you to provide the lands suitable for this project and as soon as the land is made available NALDA would commence work.

“Knowing that Ogun State has the largest capacity in cassava production, our Garri packaging plant would be located in the state, NALDA would be the off taker from the farmers, they would process it and package accordingly and move it into the market.

On the soil testing training, Ikonne noted that the state government would select 200 young graduates for the training that would commence as soon as the selections are made.

“We are training young Nigerians based on Mr. President’s directive on soil testing and extension services, you are expected to nominate 200 young graduates that have agric or science degrees that would undertake this intensive two weeks training in the first phase, they would be empowered by NALDA with soil test kits and implements to collect soil samples and they would begin to generate money from the programme thereby making a living for themselves.”

On his part, governor of Ogun State, Dr. Dapo Abiodun commended NALDA for choosing his state as one of the pilot states for the integrated farm estates, a gesture he said would further compliment the state’s Agripreneur drive aimed at creating employment for the youths of the state.

Dr. Abiodun stated that his state decided to key into President Buhari’s agricultural drive because the state the industrial hub of the country and raw materials are needed to sustain these industries.

“For us we felt it important to key into Mr. President’s ‘grow what you it and eat what you grow’ programme, because we believe it would help our economy,” the governor said.

“We need to continue to sustain our agro produce programme because that is the engine room of inputs for industrialization.”

He said the Ogun State believes in public private sector partnerships and is working towards creating the enabling environment for such partnerships.

He said the state being the largest cassava producer in the country would benefit immensely from the establishment of the Garri processing plant.

He commended NALDA for selecting Ogun State, adding that the visit couldn’t have been more timely as it compliment the state’s
agriculture programmes.

It would be recalled that the National Agricultural Land Development Authority had commenced the establishment of integrated farm estates in Imo and Ekiti states respectively with Ogun State being the third.

Meanwhile NALDA had also empowered youths in animal husbandry in some states of the country.