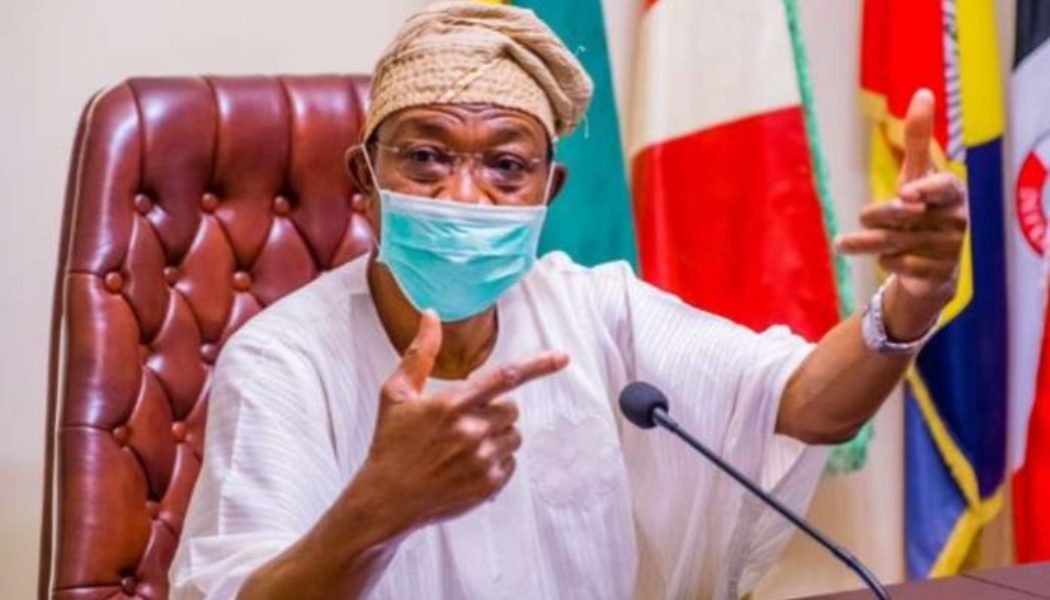 Minister of Interior, Ogbeni Rauf Aregbesola disclosed this Friday in Abuja at a National Stakeholders’ Conference on the Administration and Conduct of Statutory Marriage in Nigeria.

According to him, efforts are ongoing to have Federal Marriage Registries in all the State Capitals of the Federation.

A statement issued by the ministry’s Department of Press and Public Relations and signed by Towoju Raphael added that the Minister was represented by the Permanent Secretary in the Ministry, Dr. Shuaib Belgore.

He said the Conference was necessitated by need for the Ministry to inform stakeholders and enlighten the public on some new guidelines and important aspects about the administration and conduct of Statutory Marriages in the country, as well as the amended Legal Notices in the Marriage Act.

Accoding to him, the amended Legal Notices has changed the dynamics of the administration and conduct of statutory marriages in Nigeria and has put to rest the lingering disagreement between the Ministry and the Local Government Registrars of Marriage by designating the Local Government Areas and Area Development Councils of the Federal Capital Territory as Marriage Districts.

“The beauty of this arrangement is that it brings the services of this Ministry, via the Marriage Registries, closer to the grassroots, thus reducing the need to travel relatively long distances to get married at a Federal Marriage Registry,” Aregbesola said.

“It is my utmost pleasure therefore, to inform you about one of the major achievements of the Ministry which is the successful review of the contents of the 2nd Schedule to the Marriage Act known as the Legal Notices. The review has brought the Legal Notices in conformity with the present administrative and political realities in Nigeria today while the amendment of other sections of the Marriage Act is ongoing,” he emphasised.

He added that the Ministry had its inaugural Stakeholders Conference on the conduct of Statutory Marriages in the third Quarter of 2019 in Abuja, Lagos and Port Harcourt respectively and one of the recommendations of the Stakeholders was the need for more conferences to educate the public on issues pertaining to statutory marriages in Nigeria.

“This Conference is one of many more to come, aimed at continuously educating and informing the public on the importance of statutory marriages and the statutorily recognised Certificate of Marriage (FORM E), to inform stakeholders about various innovations in the administration of statutory marriages and to provide a platform for a robust exchange of ideas that will promote the institution of marriage,” the Minister stressed.

In his remarks, the Permanent Secretary, Ministry of Interior and Principal Registrar of Marriages in Nigeria, Dr. Shuaib Belgore, noted that he was bound to ensure the implementation of the provisions of the Marriage Act with regards to the administration and conduct of Statutory Marriages.

“The Marriage Act, which was originally enacted in 1914 by the British colonial masters is the legislation that provides the procedures for the conduct of statutory marriages in Nigeria. It has been amended several times with the latest version being 2004,” he said.

The new regime, Belgore stressed, entails strict adherence to the administrative and statutory procedures in the conduct of statutory marriages, adding that the Ministry has created an Enforcement, Inspection and Investigation (EI&I) division whose function is to ensure that Places of Worship and Marriage Registries comply with the provisions of the Marriage Act, thus engendering a pleasant Marriage experience for couples.

Earlier, the Director, Citizenship and Business Department in the Ministry, Mrs. Moremi Soyinka-Onijala, said the Minister of Interior, Ogbeni Rauf Aregbesola, has been very concerned about the various challenges that had over time, militated against the effectiveness of the rules and regulations as well as the laws guiding the conduct of Statutory Marriage and had directed that solutions be fashioned out as quickly as possible, which culminated in the conference.

Participants at the conference included the Representatives of the Christian Association of Nigeria (CAN), National Supreme Council for Islamic Affairs (NSIA), Association of Local Governments of Nigeria, Permanent Secretaries, Federal Ministries of Justice, Information and Culture, Foreign Affairs, Wowen Affairs and Social Development among other critical stakeholders.