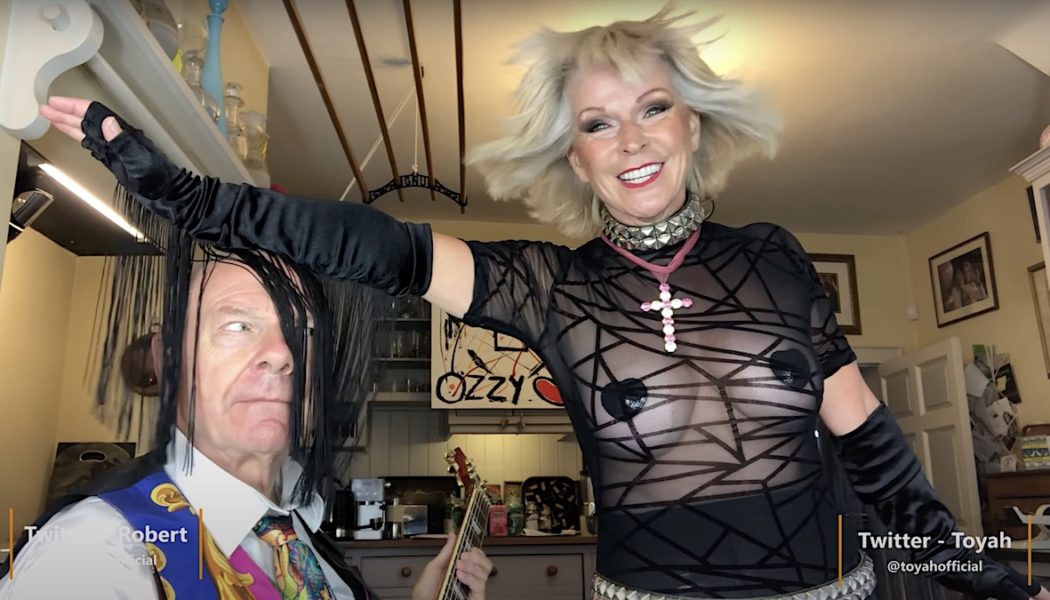 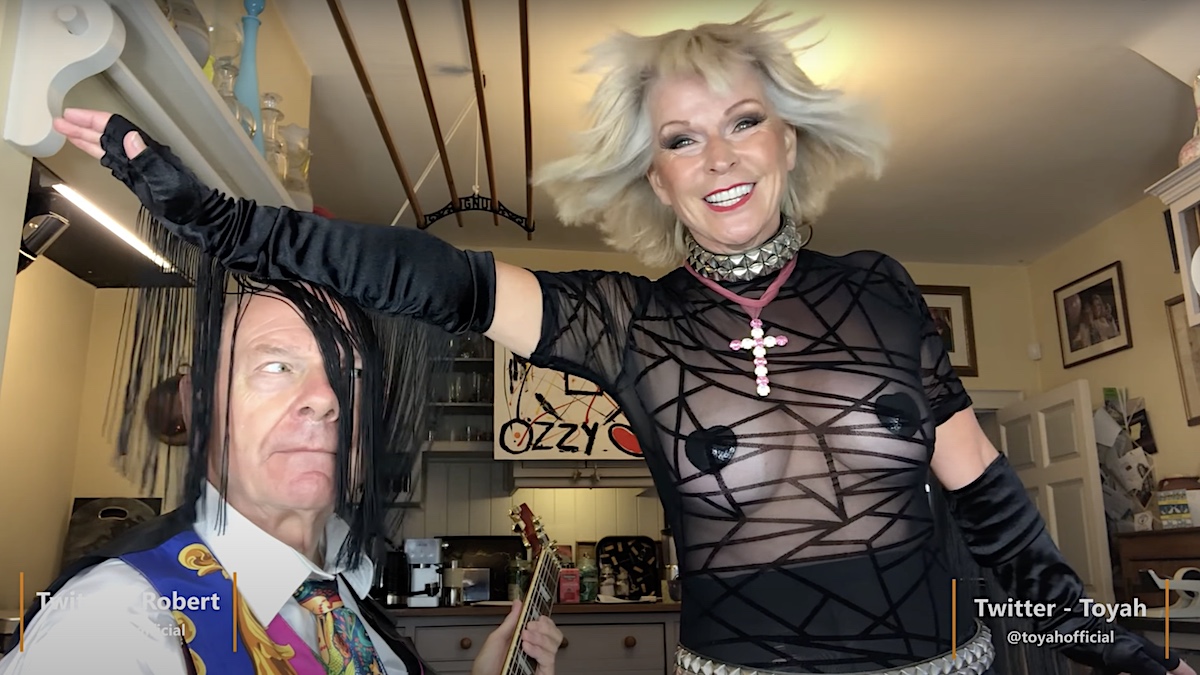 In yet another revealing ensemble (see-through top and black pasties), Toyah pays homage to Ozzy by adding a cross necklace and fringe evening gloves, mimicking the fringe sleeves that Ozzy has sported on several onstage outfits. Fripp, meanwhile, does his best to play the late Randy Rhoads’ iconic guitar riff.

The hilarity ensues when Toyah rubs the fringe all over Robert’s face as he’s trying to focus on his guitar-playing, with the prog-rock legend unsuccessfully attempting to blow the material away from his noggin. At the end of the performance, Toyah exclaims, “We love Ozzy!”

It’s not the first time that Robert and Toyah have honored Ozzy. One of the earliest viral videos in their “Sunday Lunch” series was a cover of Black Sabbath’s “Paranoid” in which Toyah sang and danced behind bars. That performance led Sabbath guitarist Tony Iommi to tell Heavy Consequence, “I think they’ve gone mad, actually. I think this lockdown has drove them mental.”

In recent weeks, the playful couple have performed covers of AC/DC’s “Back in Black,” Slipknot’s “Psychosocial,” Rammstein’s “Kein Lust,” and Foo Fighters’ “All My Life.”

Recently, Robert and Toyah announced that they’d be embarking on a “Sunday Lunch” tour in 2023, although no dates have been revealed yet. In the meantime, you can catch each of them on the road this fall. Robert will embark on North American speaking tour with his producer and manager, David Singleton (with tickets available here), while Toyah will support Billy Idol for a string of UK dates (tickets here).

Watch Robert and Toyah perform Ozzy Osbourne’s “Crazy Train” in the video below.