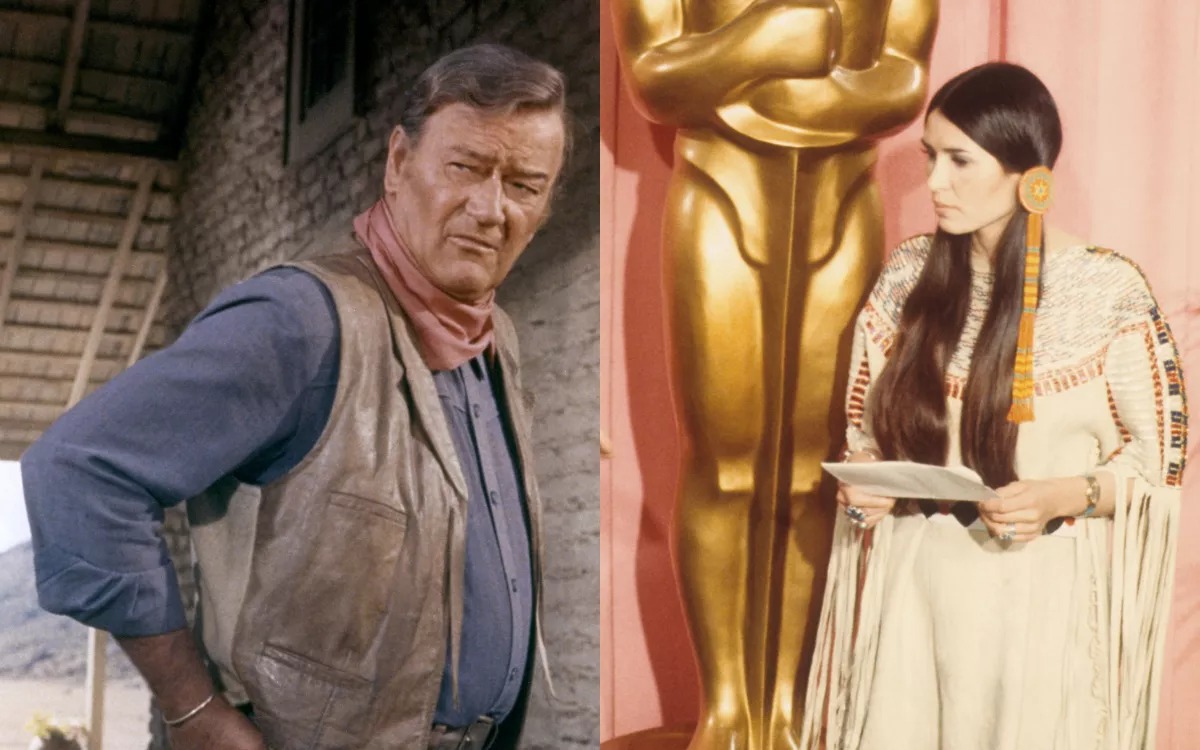 Earlier this week, the Academy issued a formal apology to Sacheen Littlefeather for her treatment at the 1973 Oscars, where she declined Marlon Brando’s award for Best Actor. As president of the National Native American Affirmative Image Committee, Littlefeather endured racist mockery and threats of arrest and violence when she appeared on Brando’s behalf to protest the mistreatment of American Indians in the film industry.

In a new interview published to the Academy’s website, Littlefeather detailed how John Wayne attempted to confront her in the aftermath of her speech.

“[John Wayne] did not like what I was saying up at the podium,” Littlefeather recalled. “So, he came forth in a rage to physically assault and take me off the stage. And he had to be restrained by six security men in order for that not to happen.”

“It was interesting because some people were giving me the tomahawk chop,” Littlefeather added. “I thought, ‘This is very racist. Very racist indeed.’ And I just gracefully walked and ignored them. They put two armed guards around me, and said they were going to take me to these different press rooms. One was for television press, radio press and international press. And I would have about 10 minutes in each press room, and that was it. And then, I was escorted out the door.”

While this is the first time Littlefeather has gone on the record about her backstage confrontation with Wayne, the story is by no means new. Oscars producer Howard Koch and director Marty Pasetta recounted the incident in interviews that took place as far back as in the early 1980s.

In an open letter apologizing to Littlefeather, current Academy president David Rubin wrote that the abuse she “endured because of this statement was unwarranted and unjustified. The emotional burden you have lived through and the cost to your own career in our industry are irreparable. For too long the courage you showed has been unacknowledged. For this, we offer both our deepest apologies and our sincere admiration.”

The Academy will further recognize Littlefeather at an event taking place at the Academy Museum on September 17th, which will be streamed online.