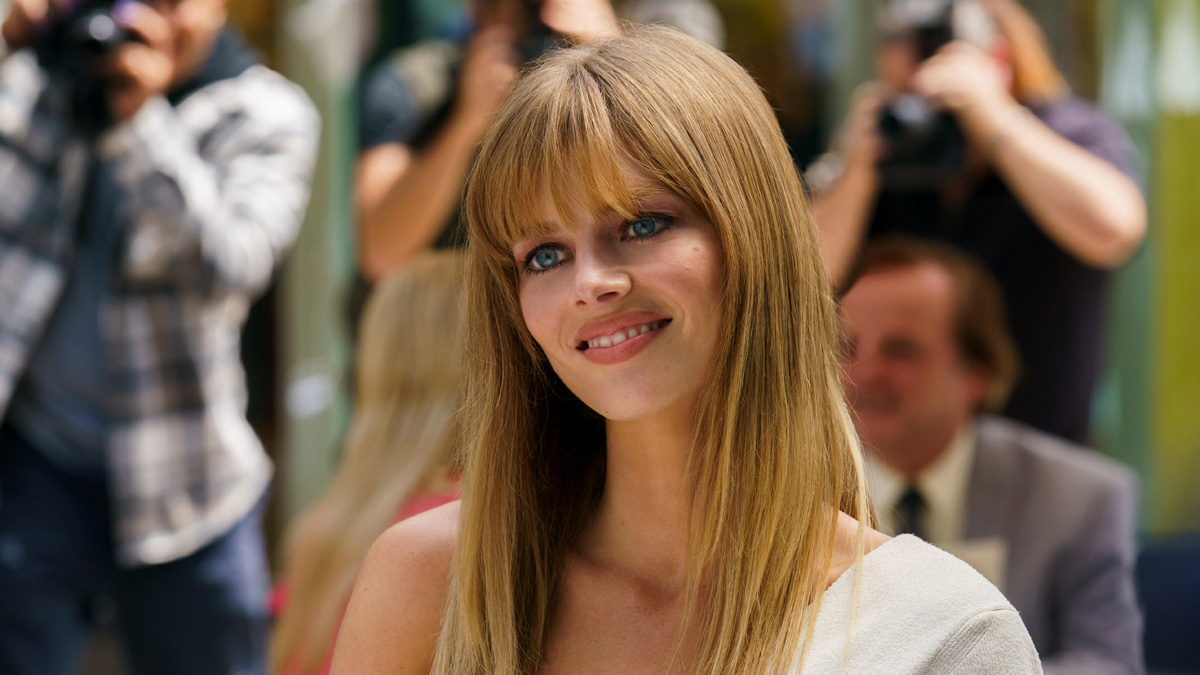 “It is quite fun being a little bit evil. It’s just a bit more interesting than being nice all the time,” says The Valet star Samara Weaving, who didn’t realize until this interview how many times she’s played a “crazy actress” (her words) in the past few years.

The Australian actress (and niece of Lord of the Rings star Hugo Weaving) got her first screen credit in 2008, and since then has appeared in projects including the Oscar-winning drama Three Billboards Outside Ebbing, Missouri, the Showtime dramedy SMILF, and the delightfully twisty horror film Ready or Not.

But she also played aspiring actress (and daughter of the studio head) Claire in the Ryan Murphy and Ian Brennan Netflix series Hollywood in 2020, and in The Valet, she’s Olivia, a major star who convinces titular valet Antonio (Eugenio Derbez of CODA) to pretend to be her boyfriend, in order to keep her affair with a married businessman (Max Greenfield) out of the public eye. Also, later this year, she’ll also appear in Damien Chazelle’s Babylon, a secretive but star-studded picture set in 1920s Hollywood — featuring Weaving as another actress.

While The Valet very much belongs to the genre of romantic comedy, the film takes some unexpected paths in depicting the growing bond between Olivia and Antonio, and also pulls back the curtain on certain realities of Hollywood life (like, for example, just how much damn work goes into making even a naturally beautiful woman “red carpet ready.”) In the interview below, transcribed and edited for clarity, Weaving explains how her research into actresses of the 1920s and ’30s affected her portrayal, and why she’s very grateful to be working in this decade.

So, when you were reading the script, how much of your character do you feel like was on the page already and how much did you feel was kind of a work in progress?

Rob Greenberg and Bob Fisher, the writers, were really collaborative. It was very much there on the page to begin with, they had a fantastic character. But we had lots of inside jokes pertaining to the industry, and we were reading stories about actresses in old Hollywood and finding really interesting little tidbits. They were really really collaborative, and so was the director, which was really fun. We were able to play a little bit.

I was reading about actresses in the 1920s and 30s who, you know, they had a rough go at it because back then, Hollywood wasn’t the kindest toward them. A lot of them had to claw their way to get respected and there were some really really great stories from back then, so I sort of mirrored and based her on that old school diva kind of personality.

There was an actress who refused to work with dogs or babies, because they would steal screen time from her. I love that so much.