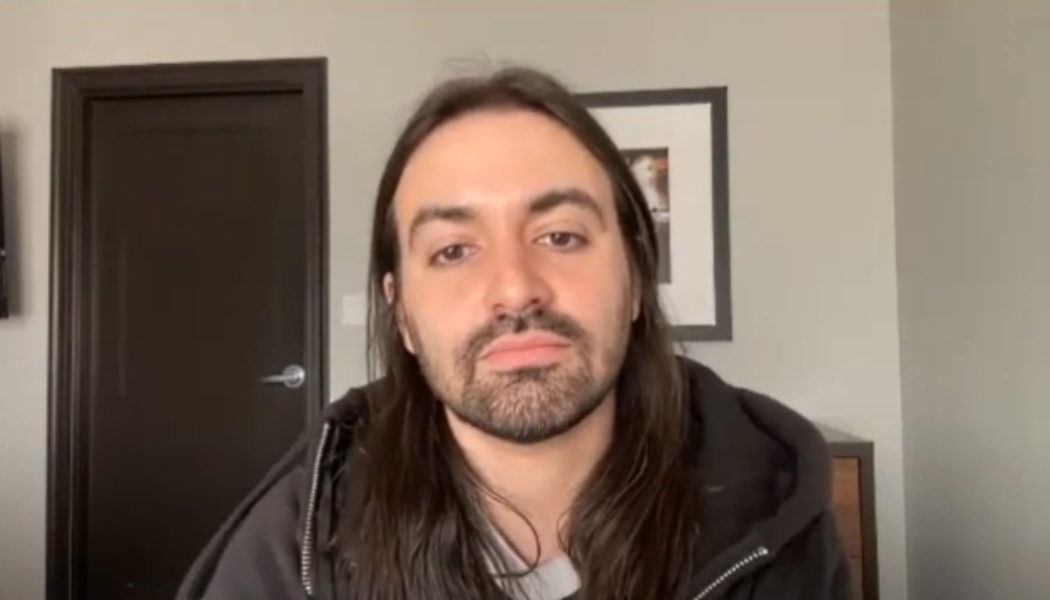 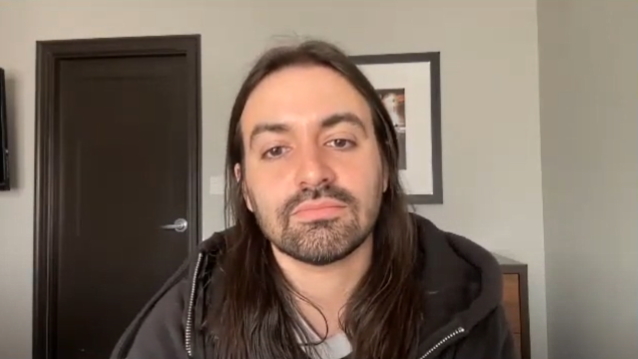 SLIPKNOT drummer Jay Weinberg spoke to Decker of Wisconsin’s WZOR (Razor 94.7/104.7) radio station about the musical direction of the band’s upcoming follow-up to 2019’s “We Are Not Your Kind” album. He said (as transcribed by BLABBERMOUTH.NET): “I would say we kind of turned up the dials on experimentation. And there’s some new things happening that are really exciting, really interesting, stuff that maybe I wouldn’t have even expected us to pull out of our hat. We’ve got a song that’s like the heaviest blues song on earth, and stuff like that that’s super exciting to hear what the guys are doing. Then, once we’re working on the instrumental for a while, then we get to hear what Corey [Taylor, vocals] brings to the table and how that elevates things and turns things into newer and better and whatever… It’s very exciting to hear that kind of taking shape. But, man, there’s so much in it that is trademark SLIPKNOT. We’re not gonna get away from that; we can’t escape that even if we wanted to. There are certain things that are just touchstones of what we are, and I think we’re really happy with that. And the fact that we can try to find new ways of presenting those elements — the loud, the fast, the abrasive, the discordant, all that is there for sure. And that’s really exciting. I think [last year’s single] ‘The Chapeltown Rag’ is a great example of that. I think that’s a song that’s us kind of at peak energy and chaos. But what also really excites me is the way that we push things in experimental ways without questioning it. It’s just kind of, like, ‘This is what we wanna do. And people can take it or leave it. We don’t really care.’ Like on our last record, ‘Spiders’ was a great example of a song that is totally out of no playbook of SLIPKNOT‘s, but we make it SLIPKNOT. I think now that we’re kind of in this final stage of mixing this album, I think I’m confident in saying that we just kind of turned up the dials on all that experimentation. And there’s some really, really new stuff that’s super exciting. And I hope it makes its way onto the stage soon. It’s gonna be exciting to share.”

Asked how songs come together during the SLIPKNOT writing process, Jay said: “In a myriad of ways. There’s really no one set formula for anything that happens. I think the one thing that we can all expect when we embark on making a new album — ’cause it takes so much, it takes so much time and energy and thought — the one thing, I think, that we try to maintain is that each process is pretty different. We wanna push ourselves, and the only way you’re gonna push yourself is to change it up, make yourself uncomfortable in situations so you can become comfortable in those situations. And so I think pushing what we do to the extreme — you wanna kind of level up, for lack of a better term, each time you kind of go back to the drawing table.”

“My first record with the band, ‘[.5:] The Gray Chapter’ [2014], was very much like… I’m very proud of it, but I can tell in it, it was a lot of getting up to speed and really feeling out my new bandmates. ‘Cause I joined the band and literally the next day we were working on demos for that record. Then so much of it is informed by our live show. I find that when we went in to make ‘We Are Not Your Kind’, so much of what we were doing was informed by how our natural musical chemistry is and how we are on stage, really, I feel, made it into that record. And then making this record, I think, was kind of just following more down that wormhole. And working with new people. This time around, we were able to work with [producer] Joe Barresi, which was an exciting time. I loved working with Greg Fidelman, who did our last two records, but working with Joe this time was different and a lot of fun. And yeah, the creation is just so thorough and it takes so much of all of us. It’s so much more than I could have ever expected, being an outsider of the band and now having made three records. It’s a gnarly experience that tests everybody, but I think the music, at the end of the day, kind of speaks for itself. And we’re very happy with it.”

Last month, Taylor told SiriusXM‘s “Trunk Nation With Eddie Trunk” about the the new SLIPKNOT material: “It’s really killer, man. It’s darker than ‘We Are Not Your Kind’, but there’s a ton of melody. I’ve been telling everybody that it’s like a heavier version of ‘Vol. 3[: (The Subliminal Verses)]’. It’s got so many textures and layers. The heavy stuff has attack but the melodic stuff you can just sink your teeth in; there’s a lot of great melodies and hooks. I’m really, really excited for people to hear it.”

The 2022 iteration of SLIPKNOT‘s “Knotfest Roadshow” tour is taking place over two legs, both headlined by SLIPKNOT. The first leg features special guests IN THIS MOMENT and WAGE WAR. The second leg will feature special guests CYPRESS HILL and HO99O9.

The first leg of the 38-date tour, produced by Live Nation, kicked off in Fargo, North Dakota on Wednesday, March 16 and is hitting a further 17 cities before wrapping up in Vancouver, British Columbia, Canada on Sunday, April 17. The second leg kicks off on Wednesday, May 18 in University Park, Pennsylvania and hits a further 17 cites before culminating on Sunday, June 18 in Chula Vista, California.

“Knotfest Roadshow” 2022 is part of Live Nation‘s Live Stubs initiative which provides digital collectible NFT ticket stubs to ticket holders. Live Stubs will automatically be included with tickets purchased for the tour. Fans will also be able to view, share, gift, trade, and resell their live stubs on LiveNation.com.

“We Are Not Your Kind” was released in August 2019. The LP sold 118,000 equivalent album units in the U.S. in its first week of release to land at position No. 1 on the Billboard 200 chart. Furthermore, the album made an impact worldwide with No. 1 debuts in the United Kingdom, Mexico, Australia, Canada, Japan, Ireland, Belgium, Portugal and Finland, as well as Top 5 debuts in Germany, France, Norway, Italy, Austria, Sweden, Switzerland, The Netherlands, Poland, Spain and New Zealand.