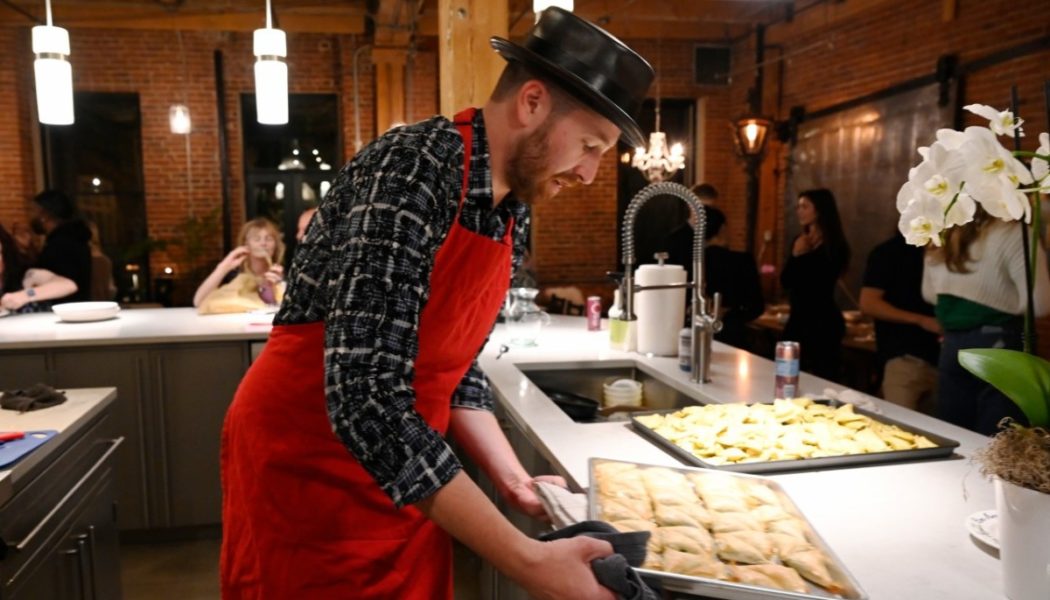 Ben Gorelick is likely the only religious leader who can also claim the title of rave promoter.

As you may have already guessed, the ceremonies Gorelick leads for his community, The Sacred Tribe, are uncommon to anything you’d normally see in institutional religion. Based out of Denver, the congregation currently has around 270 members. Once a month, Gorelick reportedly hosts a psychedelic-influenced retreat where he and participating members consume psilocybin mushrooms and sink into a meditative state.

One of Gorelick’s intentions with the experience is to help users augment “the relationship to self, community, and God.” According to The Denver Post, reactions among participants varied. Nonetheless, each was personal to the individual.

“The level of acceptance is radical acceptance,” one participant told The Post. “Bring who you are. And all of your faults and your, you know, impurities and ugliness and all of it. Bring it all. It’s all welcome.”

Believe it or not, Gorelick’s curated experiences also intersect with the world of EDM. The rabbi also runs an independent company called So Epic, which promotes raves and electronic dance music concerts. According to the organization’s website, Gorelick’s synagogue, Mifneh L’Kedushah, works to facilitate”transcendent, connected experiences through spirituality, psychedelics, breath/sound/movement, sacred sexuality, and nature-based retreats.”

In 2019, Denver became the first U.S. city to decriminalize magic mushrooms. But the laws governing the substance are complicated, and Gorelick has reportedly been arrested based on his assumed intent to distribute or manufacture the hallucinogenic psilocybin compound.

In the wake of a police raid on The Sacred Tribe’s northern Denver-based cultivation facility, where 35 strains of mushrooms were found, he was arrested on suspicision of possesion, a first-degree felony, per The Post. However, Gorelick believes he’s within his legal right under the premise of religious exemption.