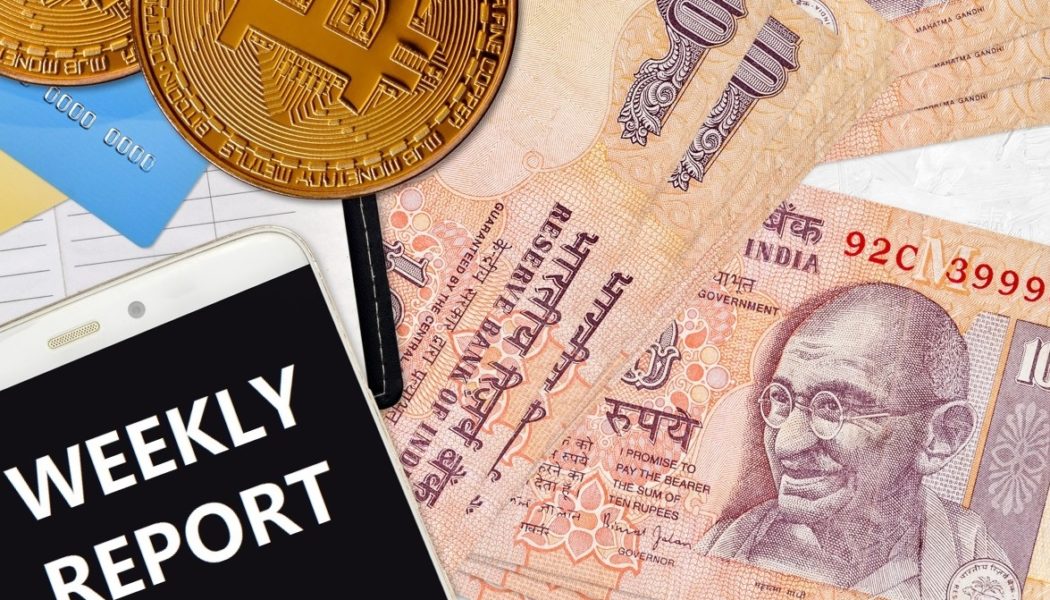 Here are all the exciting headlines you missed in the NFT, DeFi and crypto niches across regulations and business verticals.

Falcon X’s total funding now stands at $430 million, having secured a massive $210 million from its Series C funding. Its valuation has more than doubled from $3.75 billion to $8 billion over a 10-month period. The firm will use part of the recent funding to develop new offerings and create new markets for its institutional customers.

CEO Raghu Yarlagadda noted that the crypto winter didn’t impact their firm. He explained that the firm had zero material exposure because of its robust risk management strategy, attributing its growth to a market-neutral business model.

India Finance Ministers to discuss the 28% GST on crypto transactions

A group of ministers from India’s Finance Ministry will convene to discuss the viability of a goods and services tax on transactions involving crypto. Bloomberg reported, citing sources familiar with the matter, that the discussion will happen on June 28 and 29 in Chandigarh. The tax was suggested by India’s Goods and Service Tax Council last month and its implementation will add to the levy Indians incur on crypto sales.

The cited individuals, who preferred to remain unknown, revealed that the ministerial panel is leveraging crypto transactions as a taxable avenue to better monitor dealings in this space. The group of ministers will not arrive at a final figure over the two days but are expected to consider the 28% figure – the highest tax slab reserved for things considered a luxury.

Crypto users in India are already subject to a 30% tax levied on capital gains from crypto sales which was announced in February during the Union Budget announcement.

The upcoming discussion represents the latest efforts by the Indian government to dishearten those seeking to enter the crypto sector. In April, Bihar Sushil Kumar Modi, the country’s former chief minister, advanced that crypto is a form of ‘gambling’ and ‘lottery’, questioning its viability as an investment asset.

Sushil, a member of India’s ruling Bharatiya Janata Party, recommended that the government impose more taxes to dampen the hopes of the young generation that has shown much interest in virtual assets.

Last month, it was also reported that the Central Board of Direct Taxes (CBDT) was mulling additional taxation on income earned through decentralized finance. This was in response to crypto enthusiasts moving away from direct crypto sales to DeFi, which was not under the scope of the income tax. The board shared a notice yesterday confirming it will levy a 1% tax deduction at source (TDS) on crypto transactions starting next month.

Online commerce giant eBay on Tuesday acquired UK NFT marketplace KnownOrigin as it ventures more in NFTs. The move comes a month after eBay launched its maiden NFT collection in conjunction with OneOf.

Elsewhere, Fintech firm Zelf will soon enable Apple watch owners to display their favourite NFT collections on their watch faces. Unlike Tag Heuer, the company’s CEO claimed that the technology will aim at achieving mass adoption and inclusivity. This, they hope, will capitalize on Apple’s big market of nearly 100 million watch-wearers worldwide.

Fears of Tether’s main stablecoin de-pegging from its 1:1 peg with the US Dollar have been met with another coin offering by the British Virgin Island-based team. The stablecoin offering coming early in June would be the fifth token offered by the Tether after USDT, EURT, CNHT, and the recently launched MXNT.

GBPT will initially launch on Ethereum. The UK Treasury announced in April plans to make the country a global crypto hub, a move Tether hopes to cash on by providing a faster and cheaper option for asset transfers. The UK government has also toyed with the idea of recognizing stablecoins as a valid means of payment, making the country a global destination for crypto innovation.

Paolo Ardoino, Tether’s CTO, expressed belief in the UK being the next frontier for blockchain innovation and broader implementation of digital assets in the financial markets. He also affirmed Tether’s willingness to work with financial authorities to ensure Tether’s stablecoin adoption is successful. Tether’s launch of GBPT comes at a time the firm’s main stablecoin USDT had a decline in market cap from over $80 billion to now standing at $68 billion.

Singapore’s financial watchdog has granted in-principal approval to several crypto firms that had applied for licenses to offer payment services. Among them is the exchange platform, Crypto.com, which announced Wednesday that it is now authorized to operate in Singapore.

Co-founder and CEO Kris Marszalek set forth that the financial watchdog maintains a high regulatory standard that fosters innovation and cares for consumer protection. The approval highlights the trust and security the platform worked to create. Marszalek pledged to collaborate with the regulator to deepen their firm’s roots in the country whose business environment he praised as being well-regulated.

Other firms that received in-principal approval alongside Crypto.com include Sparrow and Genesis. Singapore’s financial watchdog mandates all exchanges to provide adequate consumer protection while complying with Anti-money laundering measures. The MAS has also given clear guidelines for digital payment tokens (DPT) advertising their merchandise.