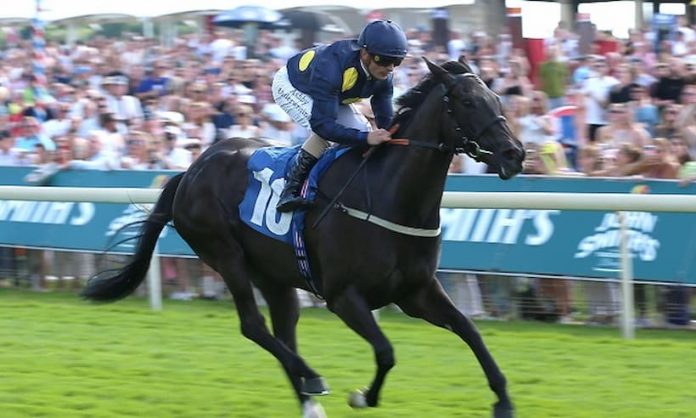 See our York racing tips this Friday as the 4-day 2022 Ebor Festival moves into their third day with another five LIVE races being shown on ITV racing. Plenty to look forward to again, with the Group One Nunthorpe Stakes (3:35) the main event, with the classy filly Royal Aclaim heading the beating.

To help you find the winners, Andy Newton is on-hand with the key big-race trends and his ITV racing tips for all the York Ebor Festial LIVE races on Friday 19th Aug.

Note: Odds are subject to change

SPORTSLENS BEST BETS: A super-tough race to get going on the third day at York with 19 runners and a case to be made for them all.

15 of the last 19 winners carried 9-5 or less in weight, so this helps rule out the top four – Tasman Bay, Juan De Montalban, Amtiyaz and Mahrajaan.

So, with all this in mind, a chance is taken on the Brian Ellison-trained ONESMOOTHOPERATOR (e/w) @ 16/1 with 888Sport. This 4 year-old was a running on third at Ascot last time out over this trip and is only a pound higher for that run. He’s only had three runs this season, but that last effort was a sign that he’s hitting some form, while he wasn’t disgraced in a Listed race (beaten just 4 1/4 lengths) at York back in June.

With the bulk of his runs on the flat (13) also coming on the AW surfaces, there is scope for more on the turf, with this only his third outing on the green stuff.

A saver is also advised on the Roger Varian runner – ANGEL POWER (e/w) @ 18/1 with 888Sport – who was running on well over this trip at Ascot last time on Shergar Cup day. She’s a course winner too and having been rated as high as 103 only back in April, her mark of 96 today looks workable.

SPORTSLENS BEST BETS: It’s no secret that the Alan King-trained Trueshan is better with some give and even though the York area has had a bit of the wet stuff, I’m not sure it’s enough.

That was the likely case in the Goodwood Cup last time too as he just seemed to get tapped for toe in the closing stages and eventually finished third (beaten 1 1/4 lengths) to Kyprios (winner) and STRADIVARIUS @ 11/8 with 888Sport, who he meets again.

So, despite his advancing years, I’m happy to stick with the 8 year-old Strady here as he looks to win this race for a fourth time. He beat Spanish Mission by a head in the race 12 month ago and is still unbeaten at York – winning all previous six races on the Knavesmire – so gets the verdict. Jockey Andrea Azteni also ook over from Frankie Dettori last time out and and remains in the saddle.

Coltrane, who was fourth last time in the Goodwood Cup, Tashkhan and Quickthorn can fight it out for the places.

SPORTSLENS BEST BETS: Doesn’t look a race with much depth to it, so the first 3 or 4 in the betting can fight this one out. The Paul Cole runner Royal Scotsman is the top-rated in the field and was impressive in winning the Richmond Stakes last time at Glorious Goodwood – he brings the best form to the table.

Godolphin’s Noble Style has done nothing wrong in winning both starts at Ascot and Newmarket and is respected too, but the nod goes to the Karl Burke runner – MARSHMAN @ 11/4 with 888Sport.

This 2 year-old has also won his opening two runs and was super-impressive last time at Thirsk when winning by an easy 8 1/2 lengths, just last week. This is, of course, a step up in grade but holds some fancy entries, including the G1 Middle Park at Newmarket later in the year.

Of the rest, CHATEAU (e/w) @ 12/1 with 888Sport has 3 lengths to find with Royal Scotsman from last time in the Richmond Stakes, but was running on well to suggest the long York straight will suit this Andrew Balding runner so he rates the value e/w pick in the race.

SPORTSLENS BEST BETS: Last year’s winner – Winter Power – will be looking to follow the likes of Battaash, Mecca’s Angel and Borderlescott as back-to-back winners of the Nunthorpe Stakes, but she’s rather lost her way this season.

The James Tate runner – ROYAL ACLAIM @ 7/4 with 888Sport – has been all the rage since winning the Listed City Walls Stakes at York last month and heads here 3-from-3. She’s another filly in the race and with 7 of the last 11 Nunthorpe winners going to the girls she’s got this stat onside too. Connections have made it no secret they think she’s very useful and it’s hard find holes in her. Plus, is well drawn in 2, with 18 of the last 20 winners coming from stalls 11 or lower.

She it might not be easy having to give away a massive 22lbs to another speedy filly in the race – the 2 year-old The Platinum Queen This Richard Fahey juvenile was a tidy winner at Glorious Goodwood last month by 4l and before that won here at York.

She’s won 3 of her 4 starts with her only defeat coming in the G2 Queen Mary Stakes. at Royal Ascot. But she’s clearly improved since that run (2 wins) and the time of her last win was quicker than Royal Aclaim’s Listed York win – albeit Goodwood is a faster track.

Hollie Doyle takes over from Oisin Orr, who has ridden the filly in all four previous starts, but it’s still hard to get away from the fact she’s getting 22lbs+ off all the others. It’s also a race that is no stranger to having 2 year-old winners, with Lyric Fantasy and Kingsgate Native two past juvenile winners of the race. The negative though is the draw – as 18 of the last 20 winners have come from stalls 11 or lower and she’s been handed the 13 berth.

Of the rest, Flotus, plus Khaadem and Raasel, who were 1st and 2nd in the King George Stakes at Goodwood last time are others to note, but HIGHFIELD PRINCESS (e/w) @ 8/1 with 888Sport is the place pick after a cracking G1 win in France last time, despite another with a high draw (14). She’s a course winner too and represents the shrewd John Quinn yard, plus is also the second top-rated in the field.

SPORTSLENS BEST BETS: The William Haggas yard have a good record with their 3 year-olds at the track, so Amanzoe will be popular and also comes here off the back of three wins. But she’s up another 3lbs here and despite winning last time on Shergar Cup day at Ascot it was a bit worrying the way the horse drifted in the betting there.

State Occasion was a nice winner at Goodwood and commands respect, but I’ll take a chance on the two Roger Varioan runner with the yard winning this race in 2020 – they run SHAMPION @ 10/3 with 888Sport and CROACHILL (e/w) @ 10/1 with 888Sport.

The former is the mount of Andrea Atzeni and caught the eye in winning by 4 lengths at Windsor last time out. That was only her third career run but her first up in trip to 1m2f, which she clearly enjoyed.

Their other runner – Croachill – was a poor beaten odds-on favourite last time out at Doncaster but that came over 1m4f and it’s likely she just didn’t stay and connections got it wrong. She’d won well the time before that over 1m2 at the same track so the drop back in distance here today is a good move and she gets into this handicap for the first time on a fair-looking mark of 84 and just 8st 6lbs to carry.

Finally, The Flying Ginger, won the race 12 months ago so has to be respected at a big price.

Note: Odds are subject to change

Already Have Accounts With Our Featured Bookies? Here Are 10 Up-and-Coming Bookmakers With Cracking Free Bets

See below our select list of some of the best horse racing betting sites – but totally trusted bookmakers, that will also have prices ahead of today’s horse racing from York races this week. Plus, best of all, they ALL also have ‘must-see’ free bet sign-up offers to take advantage of and by joining this will give you a wider range of bookmakers so you can get the best value when placing your horse racing bets.