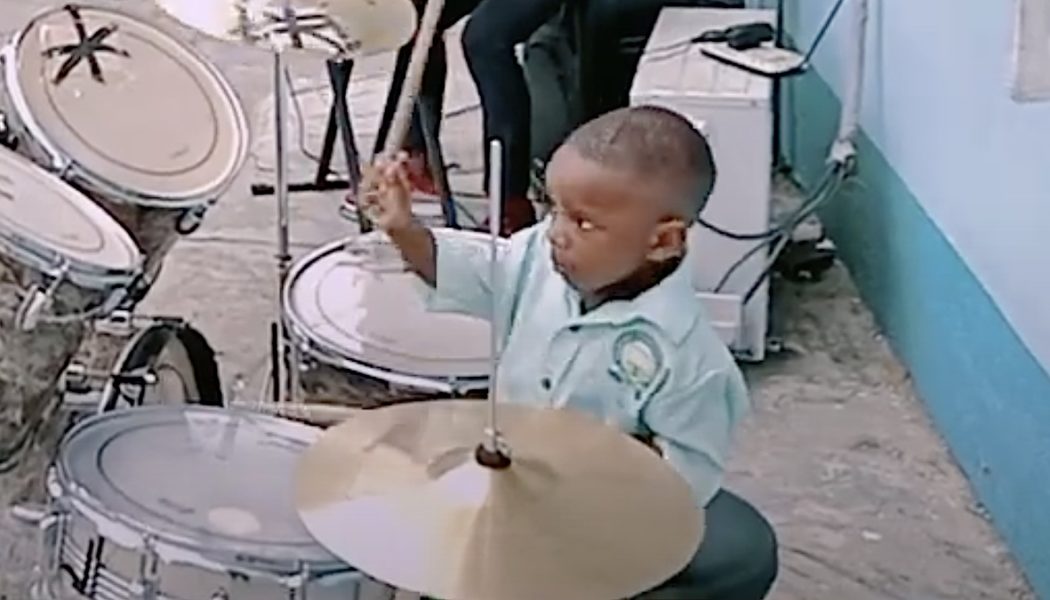 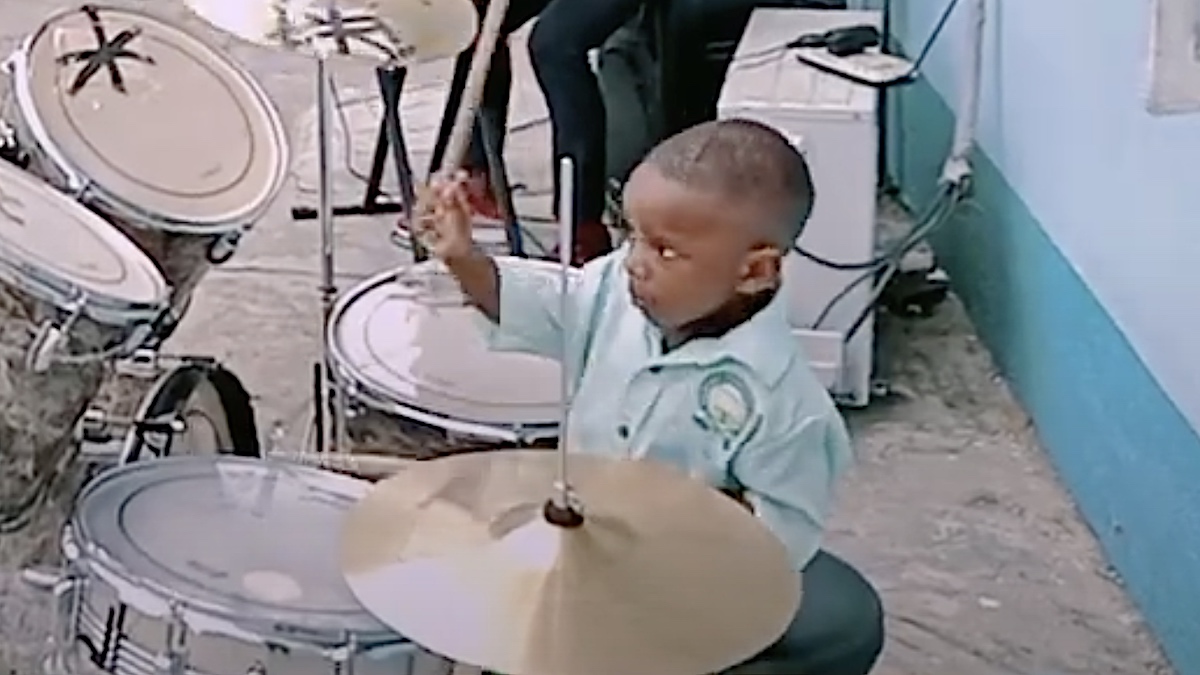 We’ve seen some great kid drummers over the years, including the über-talented Nandi Bushell, who was Consequence‘s Rookie of the Year in 2021. But rarely do we see someone as young as 3-year-old Motiriolaoluwa Emmanuel, a little boy from Nigeria who has some impressive skills behind the kit.

Motiriolaoluwa (whose nickname appears to be Morolar) recently launched a TikTok account (@morolar26) and a YouTube channel, each with just a handful of videos thus far. One, in particular, shows the toddler displaying technique well beyond his years as he accompanies a children’s chorus.

While his TikTok and YouTube videos have minimal views thus far, Motiriolaoluwa was recently profiled by Allnews Nigeria TV’s Budding Stars program, on which his parents discussed his passion for drums.

“He’s 3 years old, going to 4,” said his father, Rotimi. “[On] August 26th, he’s going to be 4 years old. … He started very early. At the time he was 8 months, I knew he was going to be a drummer. He gives 100-percent attention to drums. He beats everything all around the house.”

Motiriolaoluwa follows in the footsteps of the aforementioned Nandi Bushell, who has wowed us for the past few years, as well as Caleb Hayes, who, at 7 years old, crushed Slipknot’s “Sulfur” on The Ellen DeGeneres Show earlier this year.

Here’s wishing Motiriolaoluwa an early happy birthday. In the meantime, see him performing with a children’s choir, as well as his profile on Allnews Nigeria TV’s Budding Stars (in which he jams on the Edwin Hawkins Singers hit “Oh Happy Day”), in the videos below. And then wrap your head around the fact that he’s just 3 years old!