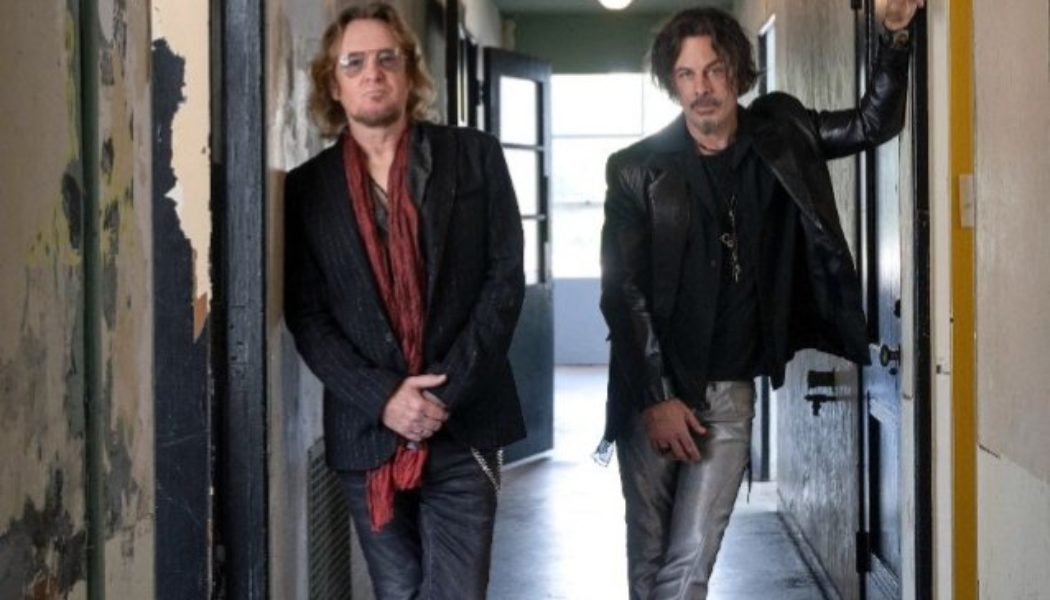 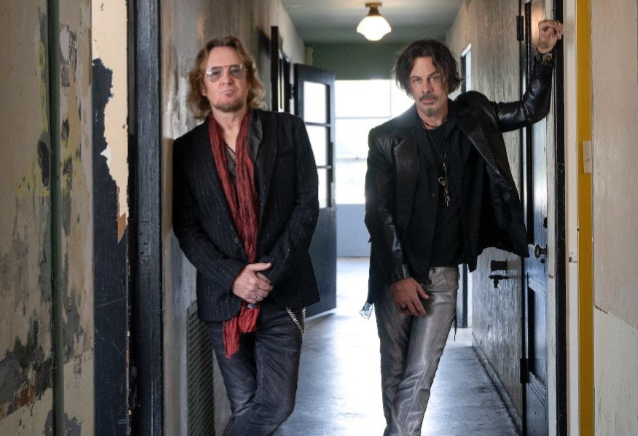 Behind-the-scenes footage from the making of the “Better Days” video from Adrian Smith and Richie Kotzen‘s project SMITH/KOTZEN can be seen below. The clip was filmed at Mates studio in Los Angeles and was directed by Jeff Wolfe, who successfully combined an action career onscreen with an award-winning director’s role behind camera.

BMG released a limited-edition 12-inch black vinyl of four previously unreleased tracks by SMITH/KOTZEN on November 26 in conjunction with international Record Store Day’s Black Friday event. The “Better Days” EP reflects the ongoing strength of the dynamic writing and recording partnership between these two world-class musicians, following their eponymous debut album released in March 2021 to media and fan acclaim, charting in the Top 20 in markets such as U.K., Germany, U.S. and Canada, a tremendous accomplishment for an inaugural collaboration project.

“Better Days” continues this trajectory with its huge hooks and driving riffs, coupled with the pair’s now-traditional vocal trade-offs building to crescendo with its soaring, unforgettable chorus.

The full track listing is:

The final two songs on the EP were recorded at Windermere on Turks & Caicos Islands in March 2020. “Better Days” and “Got A Hold On Me” followed at The House recording studio in Los Angeles in April 2021 when SMITH/KOTZEN were finally able to reconvene after lockdown and to shoot an accompanying video for the title track. As with the “Smith/Kotzen” album, the EP was produced by Richie and Adrian, and mixed by Kevin Shirley.

Richie comments: “When Adrian came over to L.A. earlier this year, we got together and started throwing ideas around and we very quickly came up with the new songs. ‘Better Days’ almost seemed to write itself. It’s got a nice groove to it. Adrian came in with the riff and we came up with a melody for the chorus together, pretty much working to the same formula we used when writing the ‘Smith/Kotzen’ album, bouncing ideas off each other.”

Adrian adds: “‘Better Days’ is a song I’m really excited about. I think its slightly different to the songs on the ‘Smith/Kotzen’ album — it’s kind of heavy but melodic. I’d played Richie the riff and I was looking for a reaction, and I got one. Kind of like the old grey whistle test scenario — there was a spark and we started building the song from there. I’d have an idea, then Richie would have an idea and we’d go back and forth, like building blocks.”

“Better Days” is available from all good independent record stores and available as a download.

Smith is best known as one of IRON MAIDEN‘s principal guitarists, having also enjoyed success as a solo artist. Kotzen is the frontman for THE WINERY DOGS as well as having been the guitarist for both MR. BIG and POISON during his long and acclaimed career, which has to date seen him release more than 20 solo albums. Both artists are also prolific songwriters. 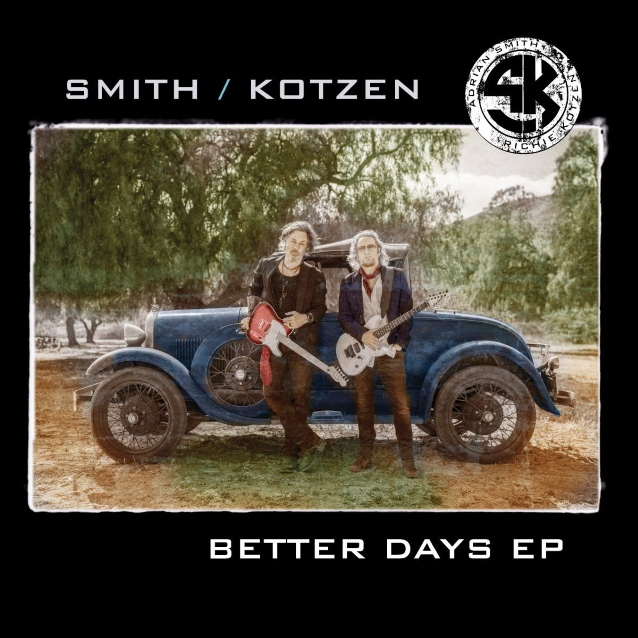