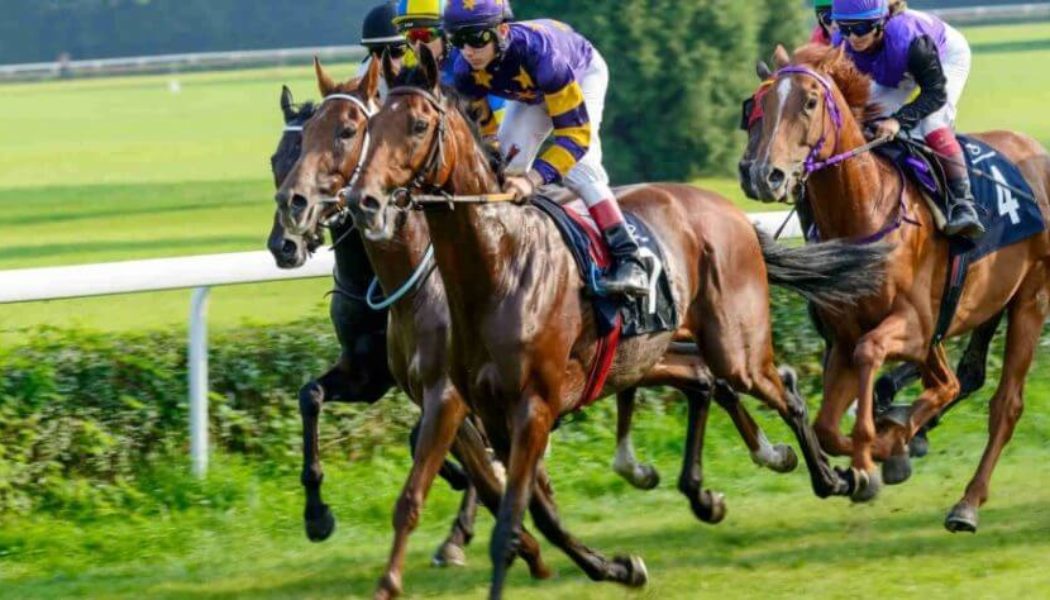 Sign up with Spreadex today to get £36 of free horse racing bets!

Spreadex offers both normal fixed odds betting plus spread betting on horse racing. There are some key differences between this form of gambling and placing regular fixed odds bets. Get the calls right and punters could win big, but the potential to lose money can be much higher. Intrigued? Then check out this how to spread bet on horse racing guide:

Andrew sided with Doncaster winners MOON DE VEGA and JIMI HENDRIX on Friday and successfully opposed FIDELIO VALLIS, who finished a 26-length fourth of five at Cheltenham. He has four recommended bets/trades at Cheltenham on Saturday:

This conditional jockeys’ handicap hurdle usually goes to a rider who is claiming a weight allowance (those who have ridden more than 20 winners are not allowed to claim). In the past ten years, jockeys who were unable to claim have a combined record of 0-36, a stat that rules out all the runners bar SAMARRIVE, NORDIC COMBINED, BLACKO, SAMBA DANCER and BYZANTINE EMPIRE. Of these, the most interesting one is the ex-Ala King-trained BLACKO, who could outrun his odds on his first start for Evan Williams. He runs off a handicap mark of just 123, having been rated as high as 135 when starting as a 5-1 joint-favourite for the Fred Winter in 2020. His new yard’s sole runner here yesterday – Coole Cody – finished second to the favourite when 11-1 in a handicap hurdle and backing him each-way in the SpreadEx fixed odds betting or buying him on the spreads in the 50-30-20-10 market looks the play.

Recommendation: Back BLACKO in Cheltenham 1.45

TRITONIC is clearly talented, landing his first two starts over hurdles, including the Grade 2 Adonis Hurdle at Kempton before his Triumph Hurdle fifth. However, Alan King’s four-year-old seems ideally served by a big field/strong pace scenario and if he’s going to be vulnerable it will be first time out in a small field/tactical affair. He can race keenly and there’s every chance that he’ll fail to settle today. At the time of writing he was trading as the 6-5 favourite but I expect him to lose market leader honours to Dan Skelton’s STEPNEY CAUSEWAY, who has a perfect five from five record when racing on left-handed tracks. I LIKE TO MOVE IT, who is three from three when racing below Class 1 level, also rates a dangerous rival and Tritonic looks a sell on the spreads with SreadEx this morning.

This two-mile handicap chase looks a real belter and it’s hard to dismiss the claims of the market leaders. SKY PIRATE was a revelation last season after returning from wind surgery, recording form figures of 251121 (3-6), improving to 1121 (3-4) at today’s trip. The second place was no disgrace – he bumped into Allmankind in Grade 2 company at Warwick, a horse who can be desperately difficult to pass when he gets loose on the lead. Antepost gamble BEFORE MIDNIGHT (7-4 from 13-2 in places) also improved last season when cut back to two miles, winning an all-weather bumper and a Class 2 handicap chase at Chepstow. There could be plenty more to come. Backing ‘FAV’ in the ‘FAV OR RAG’ market in the SpreadEx fixed odds betting is the obvious angle.

Recommendation: Back ‘FAV’ in ‘FAV OR RAG’ market in Cheltenham 3.30

Supporting 12-year-olds in handicap hurdles might not seem to be an obvious move but KANSAS CITY CHIEF could surprise in this Pertemps Qualifier. He was third at 18-1 in this race last year when racing towards the inside rail (the slowest part of the track) and he’s 6lb lower this time around. He had a spin over hurdles in Jersey last month and second time out has often been when to catch him. Plenty of his more-fancied rivals will be on a mission to qualify for the final of this series by finishing in the top six whereas Kansas City Chief will be all out to land the £13,000 first prize. An each-way approach in the SpreadEx fixed odds betting or a buy on the 50-30-20-10 spread market could pay dividends.

All SportsLens readers can claim £36 in Free Bets when opening a new account at SpreadEx. To claim your £36, simply: