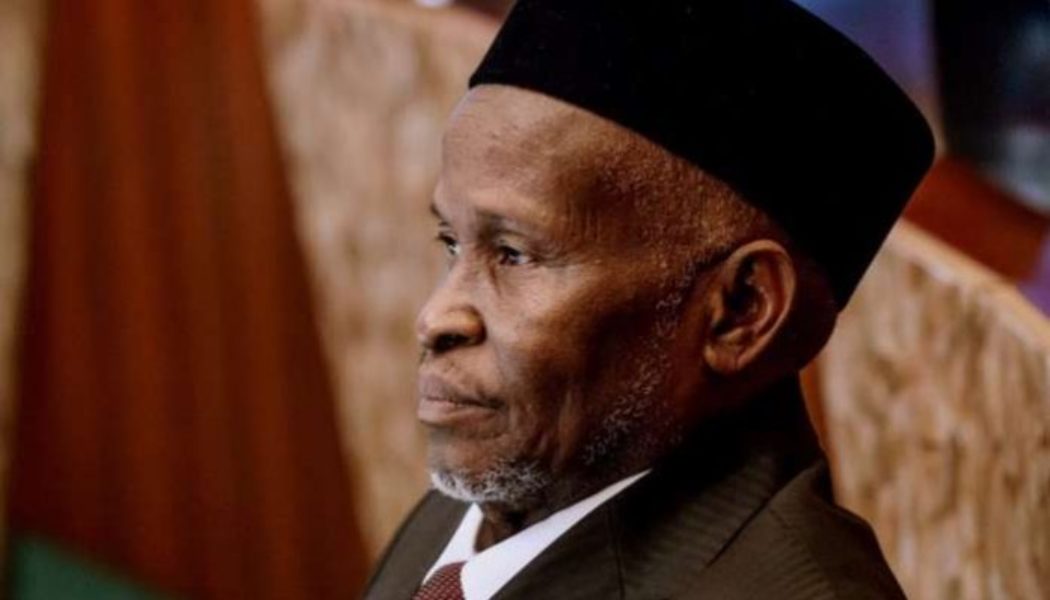 The Chief Justice of Nigeria (CJN), Justice Ibrahim Muhammad, has admonished the National Assembly to alter the constitution to mandate the National Judicial Council (NJC) to be involved in the fixing and reviewing of salaries and other emoluments of judges in the country.

He also wants the NJC to collect, control and disburse all monies, capital and recurrent for the judiciary.

Justice Muhammad’s demands were contained in the paper he presented as part of recommendations on behalf of the Judiciary at the national public hearing by Senate Committee on Review of the 1999 Constitution held at the Africa Hall of the International Conference Centre, Abuja.

The 17-page document titled ‘’Input by the Judiciary to the Proposed Alteration to the 1999 Constitution (as Amended)’’, and submitted before the Senate Committee contained 45 constitutional amendment proposals on reforms in the Nigerian judiciary.

According to a statement by the Senior Special Assistant (SSA) on Media to the CJN, Mr Ahuraka Isah, the CJN in item 38, wants Part 1 of the Third Schedule, Paragraph 21 of the Constitution altered to include sub-paragraph ‘h’ to the effect that NJC should ‘’fix, in conjunction with Salaries and Wages Commission, salaries and other emoluments of judicial staff; in the case of judicial officers, to review such salaries not later than four years from the last exercise’’.

By the dictate of Section 84 (1), the Revenue Mobilization Allocation and Fiscal Commission (RMAFC) reviewed judges’ salary by the enactment of, ’’Certain Political, Public and Judicial Office Holders (Salaries and Allowances, etc.) (Amendment) Act, 2008’’ which came into force on February 1, 2007.

The CJN, in the statement, claimed that since the Act has not been reviewed with effect from 2008, judges’ salaries have remained the same for about 13 years.

He also asked that the seat of the NJC’s Secretary be put at par with that of the Clerk of the National Assembly.

The constitution, he said, should categorically state that the CJN is the head of the judiciary of the Federation; just as he called for the Supreme Court Bench to be reduced from 21 to 16.

He also stated that persons to be appointed into the Supreme Court bench in the new Constitution should possess not less than 25 years of post call to Bar.

Other demands are that all appeals from the Court of Appeal to the Supreme Court should be by leave of the Supreme Court, adding that application for leave can be determined by three justices of the apex court sitting in the chamber.

He called for the number of the Court of Appeal Justices to be pegged at 49 in the constitution under Section 237 and be amended now to be no less than 100 justices.

“The judiciary is now to exercise control over the Code of Conduct Tribunal, as the Federal Judicial Service Commission is to advice the NJC in nominating persons for appointment as the Chairman and members of the CCT,” the statement added.