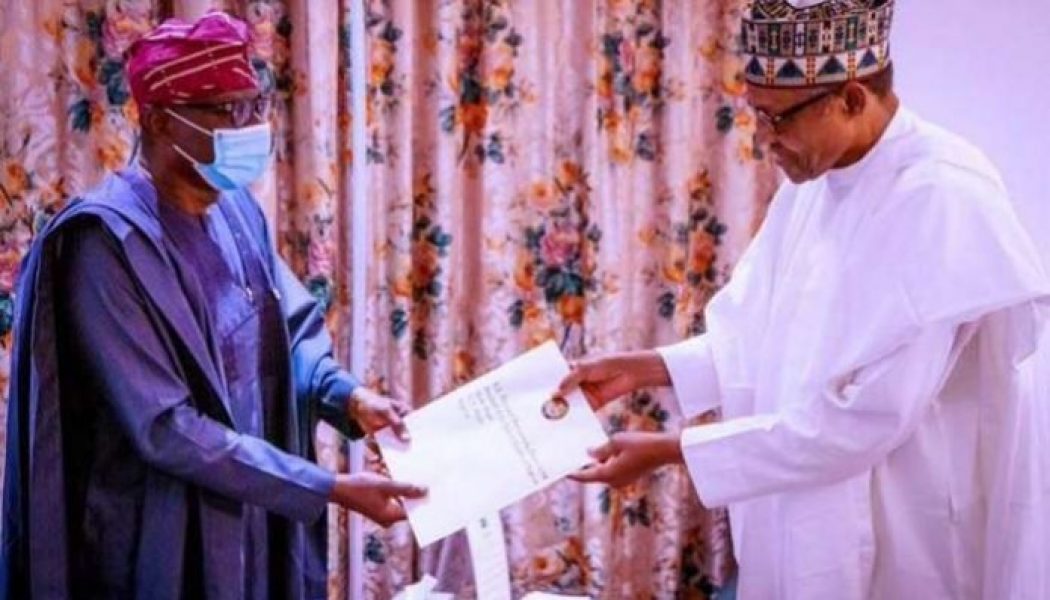 Governor Babajide Sanwo-Olu of Lagos State, said, yesterday, that it would take the state time to rebuild the properties destroyed during the EndSARS protests.

This came on a day the Lagos State government disclosed that the 2021 budget of N1.164 trillion would be funded from a revenue estimate of N971.028 billion in the fiscal year, with a target on the expansion of tax nets.

Governor Sanwo-Olu stated this while briefing State House correspondents, after meeting behind closed doors with President Muhammadu Buhari, at the Presidential Villa, Abuja.

He said the meeting dwelt more on the second wave of the Coronavirus pandemic, security situation and the impact of the #EndSARS protests in the state.

On rebuilding Lagos after the EndSARS protests, he said: “It is also some of the things I discussed with Mr. President. It is a work in progress. To take something down, it takes one day, but to rebuild takes 10 years.

“It’s a journey, not a destination. And so, it is going to take a while. We are carefully taking a proper study to know what we need to do; taking our time to get it right, but we’ve started something.

“Businesses that were affected, somebody having their shops looted or burnt or something. We have been able to directly begin to support such businesses, especially on a micro, small level using the Lagos state employment trust fund.

“They have started intervening and supporting some of these small businesses, giving them grants, giving them soft loans, and making sure that they can come back together very quickly.”

Speaking on the COVID-19 pandemic in the state, the governor said: “It is a serious case. We have all said it, we are in the second wave and incidentally, the second wave seems to be a bit more infectious than the first one, I mean the rate of infection and the number of people that we have seen. We remain the epicenter, so what we have done is we never stopped building capacity.

“So what we are doing now is communication and we are taking it to the grassroots to let people know that they need to take full responsibility and know that even for their loved ones, they need to be real with themselves and know that COVID-19 is real, is with us and is not just something playing in their heads.

“One of the things we have realised is that a lot more people require oxygen attention, they need additional breathing aid, so we have started building what we call oxygen tent, oxygen facilities, we are building about ten of such facilities, we have commissioned about four or five of them and we are also building proper oxygen plants so that we can meet the respiratory requirements.

“We are also doing a lot more testing in Lagos than we were doing five to six months ago: we are doing almost 2, 500/3,000 tests every day, so we are watching the rate of positivity that we have, which is also high, it has moved from the usual 10 to 12 percent and we are now seeing positivity rate of about 25 and sometimes 30 percent. That is actually very disturbing.

Meanwhile, the Commissioner for Economic Planning and Budget, Mr. Sam Egube, who briefed newsmen in Ikeja on the detailed analysis of the year 2021 budget, noted that the 2021 Budget is consistent with the T.H.E.M.E.S agenda, designed to give priority to the completion of inherited on-going projects.

He said: “While we were recovering from the pandemic, the EndSARS protests and the aftermath of its hijack took us back economically and socially, further compounding the situation.

“However, attributable to our resilient nature, as at third week of December 2020, our total Revenue performed at 93 per cent while our total Capital Expenditure and total recurrent expenditure performed at 80 per cent and 86 per cent respectively.

“Going by this trend, we are positive that we will close the year with a performance level of at least 86 per cent.”

Besides, Egube said: “The objectives of our 2021 budget remain aggressive development and maintenance of our infrastructure, creation of employment and enhancing food security, to improve civic participation, inclusion and cooperation in governance, investing in human capital development — that is education and healthcare — deployment of functional technology in public services and more.”