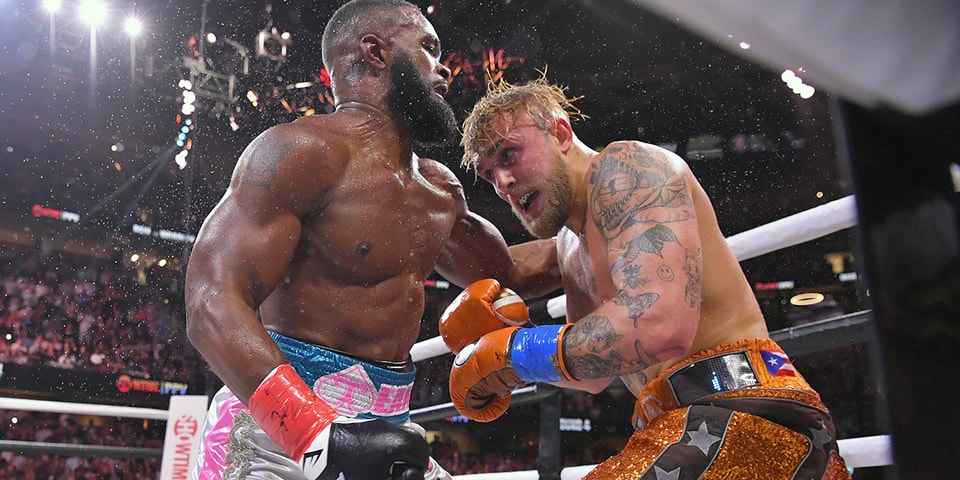 It’s official: Jake Paul and Tyron Woodley are set for a rematch. The YouTuber was originally slated for a showdown against Tommy Fury — the half-brother of heavyweight boxer Tyson Fury — but the latter decided to withdraw from the fight due to having a “medical condition.” “I am absolutely heartbroken that I have been forced to withdraw from my fight with Jake Paul due to a bacterial chest infection and broken rib”, Fury stated. “I really do hope we can get this fight rescheduled in the new year. I want this fight to still happen more than anything.”

Paul made the announcement on Monday morning via a video on Twitter. “I couldn’t believe the news at first, it doesn’t even seem real”, Paul said. “He fumbled the biggest bag of his life, now he’ll be watching at home paying me $60 instead of getting paid millions of dollars to fight me.” Later on in the clip, the YouTuber also mentioned that he has offered Woodley an extra $500K USD if he ends up knocking him out during the bout.

Paul and Woodley first faced off in the ring together this past August, and Paul was victorious in a stunning split decision. Right after the fight, the two briefly brought up the idea of a rematch only if Woodley agreed to get “I love Jake Paul” tattooed on him, and he followed suit.

The Showtime PPV showdown is still scheduled for December 18, and the bout will take place at Amalie Arena in Tampa, Florida.

Tommy Fury has pulled out of the fight due to a “medical condition” and Tyron Woodley is stepping in for December 18th for the official rematch. pic.twitter.com/t1OFVQQBBt

In other sports-related news, Shaq recently spoke out on why he declined a Nike shoe deal.