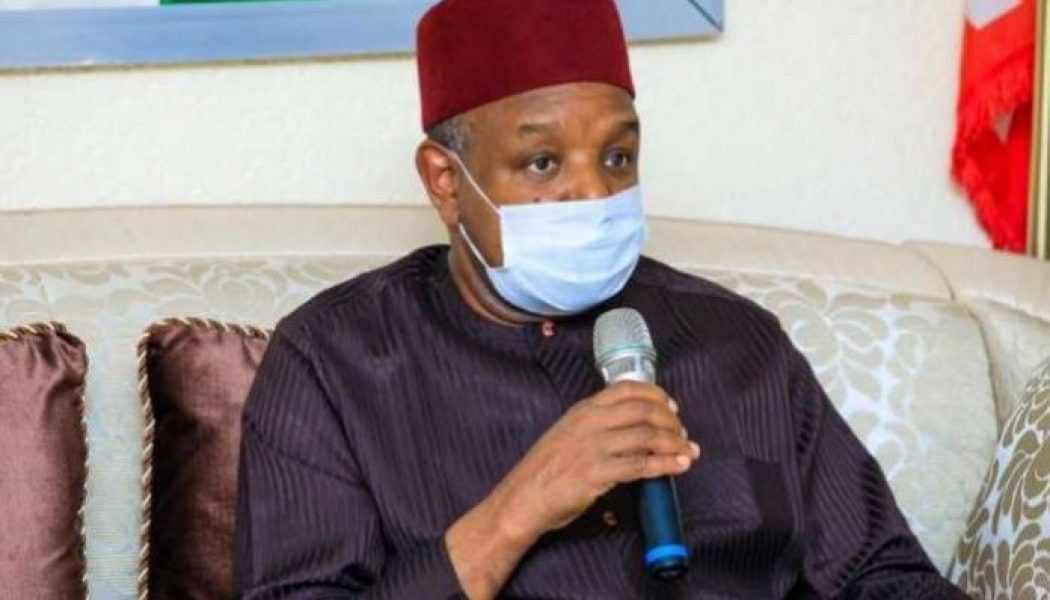 The Kebbi Governor, Alhaji Atiku Bagudu, on Sunday, donated N6.15 million to 205 women vegetables sellers in the state as part of efforts to encourage them to be self-reliant.

Newsmen report that each of the 205 women received N30,000 from the donation, in order to boost their vegetable businesses.

Gov. Bagudu, who announced the donation at the graduation of the benefitting women in Birnin Kebbi, said that all the women who benefitted from the program had received training in preservation of perishable items.

“The comprehensive training of the women traders was conducted by the state chapter of the Kebbi State Vegetables Sellers Association,” he said, lauding the association for the unparalleled gesture that was worthy of emulation by other groups.

“The association needs to be commended for training the women in the business of perishable items and vegetables, which is a business dominated by men. I am quite impressed with this commendable initiative by the association, while others should copy from it.”

I am appealing to more people in the state to form groups and cooperatives like this one, so as to get routine support from the state. My administration is ready to partner with any group and association, to further boost trade and commerce.

“This is with a view to further reduce unemployment and poverty, while adding value to the economy of the state and that of Nigeria,” the governor said.

Earlier, Alhaji Umarun Basiru, the state Chairman of Vegetables Sellers and Perishable Foods Association, said the association initiated the training programme to support women, who were mostly widows, to conduct small businesses in order to generate income and support their families.

According to him, the women had undergone training on Perishable items for five months on modalities for buying, selling and processing of the items.

“We are willing, as an association, to sustain the programme with another 1,000 women in 2021, with support from the government,” he said.Basiru commended the governor for his assistance, describing it as timely in order to keep the women actively involved in business.

Hajiya Amina Gwandangaji, a widow and one of the beneficiaries, said that even though she had been in business for the past ten years, the training had provided her valuable additional knowledge on vegetables and perishable items.

She commended the governor for providing the start up capital for them and promised to make the best use of it.