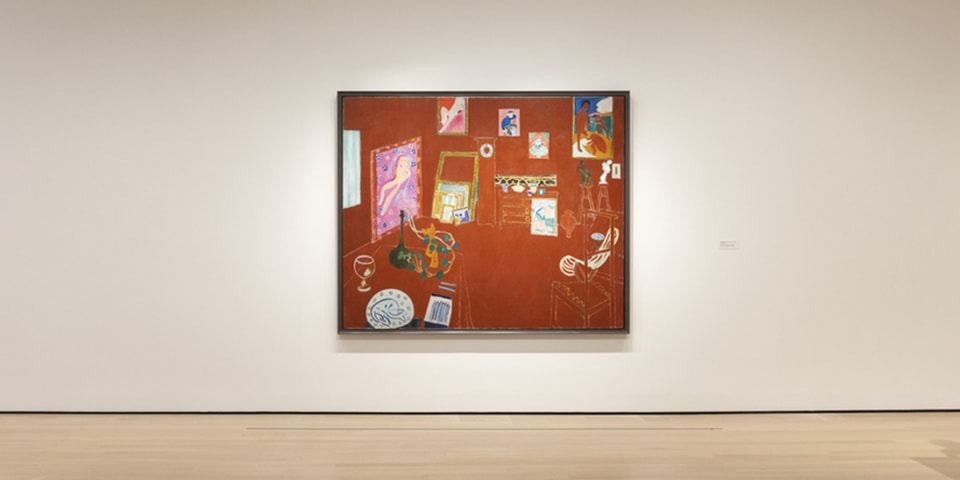 When Henri Matisse painted The Red Studio in fall of 1911, it was met with discontent from Sergei Shchukin, a Russian textile magnate and patron of the artist, who commissioned the work. When a journalist asked about the painting shortly after, even Matisse himself was not sure as to why he created the piece in the way he did.

For years, The Red Studio would fall in obscurity amidst Matisses’s more figurative artworks that were developing in the first quarter of the 20th Century. Drifting from London to New York, Chicago to Boston, The Red Studio exhibited from one show to another — accruing ridicule and anger at every stop. It wasn’t until the beginning of WWII that a man named George Keller sold the piece to the Museum of Modern Art (MOMA) in New York, where it is currently being showcased today.

To retrace its overlooked legacy, MoMA is exhibiting a detailed history on The Red Studio and how it has proven to be a foundational work of modern art. The painting is being presented for the first time alongside six of the only surviving paintings, three sculptures and one ceramic that were created in the artist’s Issy-les-Moulineaux workplace. The show will also feature a number of closely related drawings and paintings Matisse created, along with letters and photographs examining The Red Studio‘s mysterious backstory and the impact it’s had on artist’s such as Mark Rothko and Barnett Newman.

“Matisse: The Red Studio” is on view at MoMA NY until September 10.

In related news, a major Matisse exhibition will focus on the artist’s work from the 1930s.