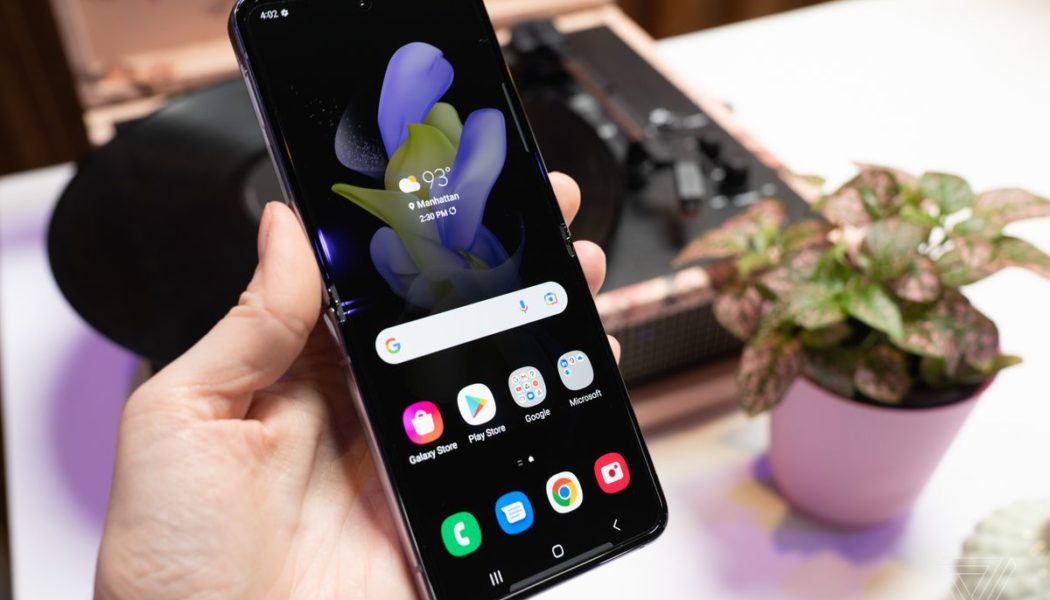 It’s not a day for big updates or surprises from Samsung, and the Galaxy Z Flip 4 is holding the line. It’s the latest generation of Samsung’s smaller foldable, and it comes with some small but meaningful upgrades, like a bigger battery, upgraded camera hardware, and a stronger main display. There are some new colors, too, which you can mix and match to create your own “bespoke” Flip 4. But if you were holding your breath for a price drop, then we’ve got some bad news for you: it still starts at $999 — affordable by foldable standards but still in the upper echelons of smartphone pricing.

Naturally, there’s an updated chipset: the Flip 4 comes with a Snapdragon 8 Plus Gen 1 (paired with 8GB of RAM), which you’ll find on basically every flagship Android phone not made by Google released this year. The hinge is a little slimmer, and Samsung straightened out the previously curved edges of the phone, shaving off a couple of millimeters in width and height. The thickness remains the same, though: 17.1mm at the hinge and 15.9mm where the ends of the display meet, so the gap when the phone is folded is the same size.

The main screen is still 6.7 inches with a 120Hz variable refresh rate, and it’s a claimed 45 percent stronger this time around thanks to changes in the display structure and stronger ultra-thin glass. The adhesive that keeps the (highly necessary) screen protector in place is also stronger this year. As we all learned, bad things happen when that glue loses its grip. The overall durability rating hasn’t changed. It’s still IPX8 with robust water resistance and you’re-on-your-own dust resistance.

At 1.9 inches, the cover screen is still just a little guy. You can do more with the cover screen, though; there will be an optional SmartThings widget for quick access to smart home controls, and you can send quick replies to texts or use it to access Samsung Wallet. The cover screen will also show selfie previews with the same photo ratio as the final image.

The cosmetic differences between this year’s model and Samsung’s prior efforts are small, but they do make an impression. The Flip 4 feels just a little more like a regular, very nice flagship phone that happens to fold in half — not something that made a lot of concessions for its ability to fold. The glossy aluminum rails, the straighter corners and edges, and the flatter hinge all left me with a good impression. For this fashion-focused phone, it seems like what the Flip should have looked like from the start. It just took Samsung an extra iteration to get there.

Last year’s 3,300mAh battery gets a boost up to 3,700mAh. In our testing, the Flip 3 got through a full day of use easily enough, but more battery capacity certainly isn’t a bad thing. Wired charging speeds are a little faster: 25W, up from 15W. Wireless charging is still available at the same 10W speed.

Last but not least, the main camera gets some upgraded hardware. It’s still a 12-megapixel chip, but this year’s sensor is bigger (Samsung doesn’t say by how much), and the pixels are larger (1.8μm compared to 1.4μm). You still get optical stabilization, which you absolutely should from a $999 phone. The 12-megapixel ultrawide remains, as does the 10-megapixel selfie cam.

The Flip 4 is available for preorder starting today and will be available on August 26th. Colors include bora purple, graphite, and new pink-gold and blue options.