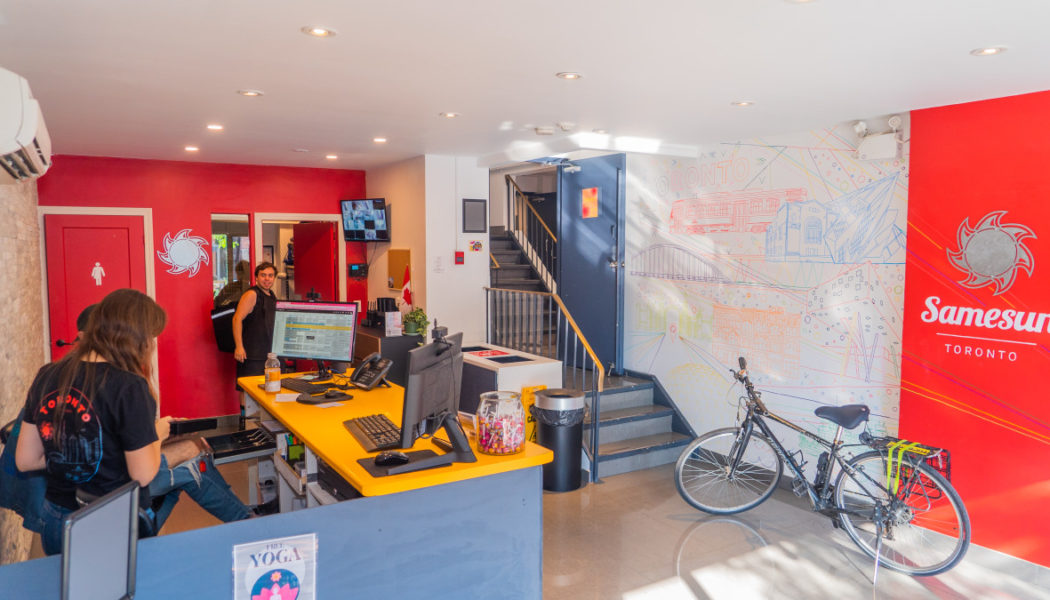 With an enormous dance music scene and crowds as passionate as ever, Canada is the perfect hub for rave experiences of all shapes and sizes.

If you’re a diehard electronic music fan living in Canada or are thinking of traveling to enjoy the vibrant scene in one of its cultural and metropolitan hubs, we’ve got you covered.

Here’s our ultimate electronic music fan’s Canadian bucket list guide for the best cities to visit, clubs to attend and places to stay.

Toronto, Canada’s most populated city, offers a myriad of options for tourists and residents alike. We recommend staying at Samesun Toronto, which is conveniently located in the heart of the city and 15 minutes by foot from the beloved CODA nightclub. Use the discount code “PARTYTIME” for 10% off your stay here and at any Samesun locations in Canada.

Below are our favorite places to party in Toronto.

CODA prides itself in being one of Toronto’s premiere dance music clubs, with the likes of Franky Wah, Chase & Status, Matador, Deborah De Luca and many more slated to take its decks in the immediate future. Boasting a state-of-the-art, Canadian-owned and operated PK SOUND system, it truly delivers a sound that matches its impressive accolades, and has become a hotspot for Toronto’s dance music enthusiasts.

Open throughout the summer season, Cabana is one of Toronto’s hottest pool party destinations. Located in Port Lands, Cabana offers an unmatched, luxurious experience with A-list sound and internationally acclaimed DJs, all set against the backdrop of Toronto’s stunning skyline.

Home to a plethora of intimate clubs, massive festivals and exciting venues, Montreal is the place to be for dance music fans and art enthusiasts. Montreal’s Samesun location offers a diverse set of rooms and dorms, as well as numerous additional amenities, making if the perfect place for your stay.

One of Montreal’s most exciting venues and art spaces, New City Gas boasts a rich history that dates all the way back to 1847, when the site was used by the New City Gas Company of Montreal to turn coal into gas and light the streets of the city. Now, New City Gas is a multi-faceted art space that features an NFT gallery, an open-air art gallery, a restaurant with Mediterranean cuisine, and a club space where internationally acclaimed performers regularly take the decks.

North America’s largest outdoor beach club, Beachclub captures the essence of Montreal’s summer party scene. With a mission to create an “outdoor music festival experience” for the general public during summertime, Beachclub offers various VIP options and hosted parties with the likes of Tiësto, The Chainsmokers, Alesso, Martin Garrix and more throughout this past summer season.

Held annually in the vibrant Parc Jean-Drapeau, Osheaga Festival is the highlight of the summer for many visitors and residents of Montreal. Everyone is bound to find something that fits their music taste at Osheaga. Its enormous and diverse 2022 lineup included performances from 100 gecs, Kygo, Malaa, Porter Robinson, Dua Lipa, Future, Chris Lake, John Summit and many more.

Vancouver is the largest metropolitan city of Western Canada, with a vivid party scene and an assortment of festivals scattered across B.C. Samesun also have a location in Vancouver, which is conveniently located at the heart of the city, and a 10- and 20-minute walk respectively from Celebrities Nightclub and Enso, which are among our two favorite party spots in the city.

Celebrities Nightclub is the place to be in Vancouver for dance music fans looking for truly eclectic experiences. The impressive venue is hosting weekly local parties, while also bringing a large number of international guests to Vancouver. Some of its upcoming events include performances from the likes of Golden Features, Shiba San, Apashe, Snakehips, Deathpact, Blanke, Phantoms, Jason Ross and more.

Featuring two spaces—a mesmerizing main room which features one of Vancouver’s largest HD screens and a luxurious lounge for high-end private parties—Enso encompasses the city’s clubbing scene at its very best. In May 2022, Enso became the first venue in Canada to accept cryptocurrency for its table services. Previous events at Enso included performances from BEAUZ, Ekali, RayRay, Imanbek, Slushii and more.

Shambhala is Canada’s longest-running independent dance music gathering and one of the country’s most iconic festivals. Shambhala was initially launched in the late 90s and now annually features more than a handful of stages and a massive lineup. It returned earlier in 2022 for its 23rd edition with performances from the likes of SLANDER, TOKiMONSTA, Valentino Khan, Channel Tres, CloZee and more.

Boasting a vibrant dance music scene, Calgary is home to Badlands, an annual music festival, while being located within arms reach from Wicked Woods, which offers one of Canada’s most immersive festival and art experiences.

Located in the heart of Calgary, Badlands was held over 11 days this July, and featured sets from electronic music icons such as The Chainsmokers, ILLENIUM and Zedd, as well as energetic performances from the likes of Don Toliver, Manila Grey, The Road Hammers and Yung Gravy.

Calgary marks the closest major city near Wicked Woods, which is one of B.C.’s most intimate electronic music festivals. A long-standing event, which gathers a diverse audience from across the country, Wicked Woods successfully returned for its 12th edition this year, while featuring an impressive lineup of established and up-and-coming talent.

If you’re traveling to attend Wicked Woods, we suggest staying at the Samesun’s Banff Hostel, which is located at the foothills of colossal mountains, immersed in wildlife and stunning natural scenery.