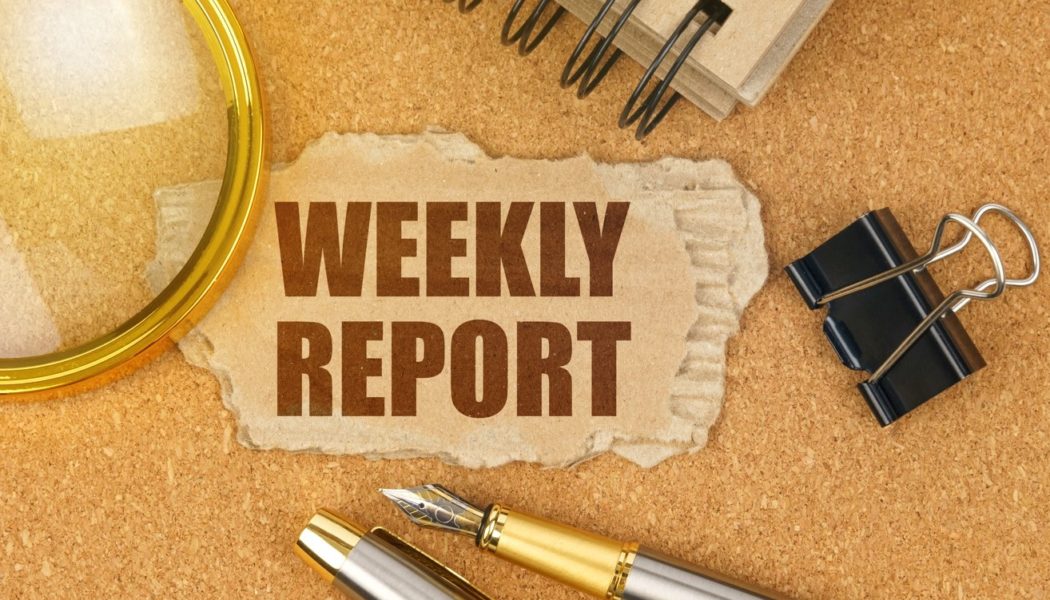 The cryptocurrency market is green with the majority of the coins recording positive figures in 24-hour and 7-day changes. Terra’s LUNA and meme coin Dogecoin are leading in 7-day gains while Cardano’s ADA tops 24 hr gains as of writing.

Among other headlines outside the markets, a Swiss bank has laid more bullish predictions for the pioneer cryptocurrency. The IMF has expressed concerned that crypto’s movement in tandem with stocks could raise financial stability concerns.

Here are more details on these and other exciting events.

Bitcoin has matured, but its co-movement with stocks poses risks, says IMF

The International Monetary Fund (IMF) recently released new research on global financial stability. It was accompanied by a blog post in which the IMF cautioned that Bitcoin is increasingly becoming an integral part of the digital asset ecosystem, a matter to worry about.

The monetary body argued against the idea that Bitcoin is a hedge against inflation. The reason being, following the US government’s injection of financial support into the economy at the start of the pandemic, the prices of both Bitcoin and stocks surged.

This meant that major digital assets, BTC and ETH, saw increased connectedness with the stocks. For context, the correlation coefficient between Bitcoin and the S&P 500 remained constant at 0.01 between 2017 and 2019.

In the pandemic period, 2020-2021, that figure rocketed to 0.36. The blog noted that with crypto adoption on the rise and it becoming an integral part of economic systems, it could soon raise financial stability concerns. Therefore, it advised the creation of a global regulatory framework for crypto.

Swiss Bank CEO predicts a record high for Bitcoin in 2022

CEO of Switzerland-based SEBA Bank said that Bitcoin could be on course to break its all-time high record this year. During the Crypto Finance Conference on Wednesday, Guido Buehler told CNBC that according to his company’s internal valuation, Bitcoin showed a price level ranging $50,000 – $75,000.

Thus, he said he expects that with time, the value of the world’s largest crypto coin will rise to that level.

When asked what motivated the belief in the value of Bitcoin rising to that price, Buehler cited institutional investors. He explained that as a bank, they had “asset pools” waiting for the right moment to put their money into the coin.

Having plunged below the crucial $40,000 support earlier in the week, Bitcoin found its footing and has been hovering around $43,000. Bitcoin’s recovery was quick, and the markets were boosted with news that the consumer price index rose by 7% last month.

Galaxy Digital’s Mike Novogratz told CNBC last week that his firm is seeing increasing demand from institutional investors. Furthermore, he explained these investors were setting up positions to buy at his predicted floor for the coin, $38k to $42k.

The Bank of America demonstrated brimming optimism in Solana earlier this week. The bank’s digital asset strategist Alkesh Shah wrote in a research note published on Tuesday that the ecosystem could become the “Visa of the digital asset ecosystem”.

Explaining the assertion, Shah noted that Solana blows its competitors out of the water considering that it hosts an excess of 400 dApps that offer services in the network such as NFT marketplaces.

Shah also suggested that Solana’s low fees, scalability and ease of use have established it conveniently to continually bite off chunks from Ethereum’s dominant market share. Conversely, Ethereum, though secure, lacks in scalability, which causes congestion and high gas fees.

Solana, whose native token SOL ranks fifth in crypto market cap, grew alongside other crypto ecosystems throughout 2021. The network saw massive advancements in development across the ecosystem, recording faster growth than market giant Ethereum did at the same time in history.

Dallas Mavericks owner Mark Cuban has dispelled the view that Bitcoin could act as a hedge against inflation.

During a recent Twitter exchange with YouTuber Preston Pysh, the billionaire investor said that Bitcoin is not and won’t ever be a hedge against inflation.

Further, he supposed that his preferred coin, Doge, was a better alternative for spending, citing the 1-year performance evaluation between the two coins. He also noted that the DOGE/BTC pair has remained unchanged within the previous 30 days.

In the past, the Shark Tank investor has not taken an entirely welcoming approach to Bitcoin. In an April 2020 episode of the Pomp Podcast, Cuban said it was easier to trade bananas than Bitcoin.

Being a crypto advocate, in 2019 his NBA team started accepting payments in crypto for merchandise and matchday tickets. However, Cuban has noted that users are hardly willing to spend their Bitcoin as they consider it a possibly appreciating asset.

On the other hand, he said, many fans spend using Doge given that it is easy to transact and doesn’t appreciate as much, so people are willing to let go.

Kim Kardashian, Mayweather in trouble over ‘pump and dump’ allegations

A class-action lawsuit has mentioned celebrity Kim Kardashian, boxer Floyd Mayweather Jr, and former basketball star Paul Pierce as defendants in a case where they are accused of promoting a bogus token.

The lawsuit, filed by New York resident Ryan Huegerich and other investors, claims that the individuals mentioned used their popularity to influence investors into putting their money in the Ethereum MAX.

The filing suggests that the public figures’ endorsements of the token was just cover for the token’s creators, Steve Gentile of Connecticut, and Giovanni Perone of Florida, to spike the price of the token. The suit claims that the two creators later sold part of their EMAX holdings “for substantial profits”.

Kim Kardashian promoted EMAX to her more than 250 million Instagram followers, sharing a post appearing to root for the token. Mayweather wore shorts bearing the Ethereum Max URL during a match up with Logan Paul, and Pierce did it on Twitter.

Huegerich’s lawyers concluded that the EMAX creators had resorted to a pump and dump scam with the celebrities to inflate the price then sell. Notably, the suit did not mention the cost and recipient of the offloaded tokens and whether the celebrities profited from it.