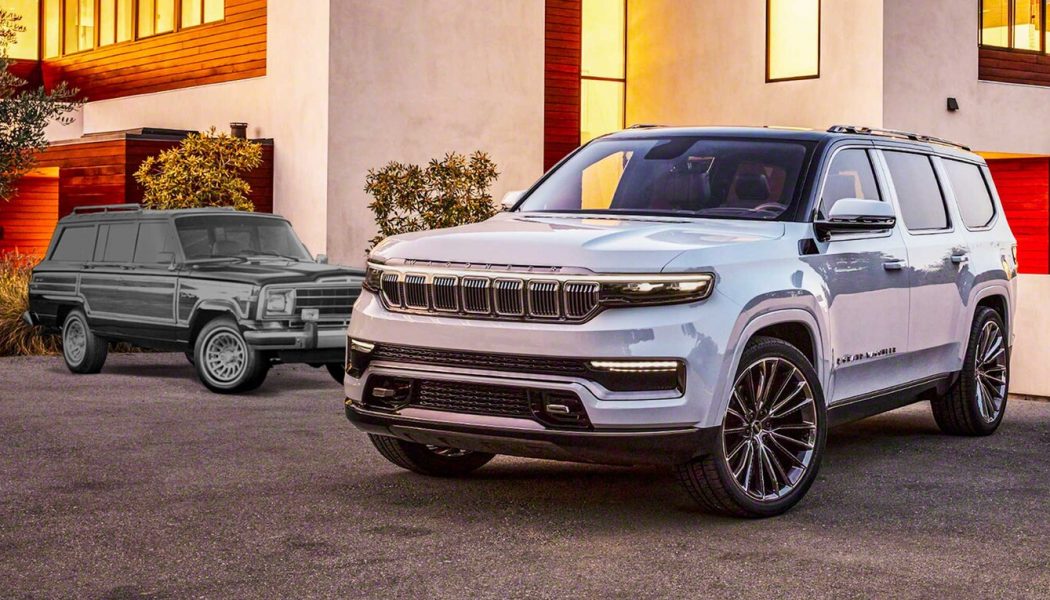 Where Does the Wagoneer Fit in Jeep’s SUV Lineup?

That’s the big question among observers, and a key clue is hiding in plain sight right on the Grand Wagoneer concept: a lack of Jeep badging. Like the new Ford Bronco “family,” Wagoneer and Grand Wagoneer will serve as a subbrand under the broader Jeep umbrella. Both will sit atop the Grand Cherokee in the lineup, and both will use the same Ram 1500-based platform and three-row layout.

How Will Jeep Differentiate the Wagoneer and Grand Wagoneer?

Since we haven’t seen the production version of either the Grand Wagoneer or the regular Wagoneer, and only a concept version of the former, we don’t know for sure. But we can certainly fill in the blanks based on what Jeep has inferred. We’ve referred to the Wagoneer as the “mainstream” version of the two, oriented at the non-luxury versions of large three-row domestic SUVs such as the Chevrolet Tahoe, Ford Expedition, and the GMC Yukon.

Think of the Grand Wagoneer as more of a “Denali” version, aimed at the more premium derivatives of those aforementioned vehicles: the Cadillac Escalade, Yukon Denali, and Lincoln Navigator. Pricing, equipment, and materials should reflect this market positioning—but it’s not clear yet how the differences will be communicated in terms of interior and exterior styling.

Is the Wagoneer Smaller Than the Grand Wagoneer?

Interestingly enough, size doesn’t have anything to do with it. Both the Grand Wagoneer and the regular Wagoneer will be offered in short- and long-wheelbase forms. It’s our understanding that the short-wheelbase versions will be offered first. We expect the wheelbase differences to be similar to the Ford Expedition and its larger Max variant—the Jeep’s longer wheelbase won’t affect seating capacity but will provide some more cargo room behind the third row.

Are There Mechanical Differences Between the Wagoneer and Grand Wagoneer?

At a high level, no. Both will be based on the Ram 1500’s frame, meaning body-on-frame construction, although the Jeep’s will adopt an independent rear suspension. We also expect both to dip heavily into the 1500’s powertrain options, which includes a 3.6-liter V-6 and a 5.7-liter V-8. We expect Jeep to offer its “eTorque” mild-hybrid kit as an option on the latter engine. A turbo-diesel and a plug-in hybrid powertrain are certainly possible, and Jeep may even decide to build a Trailhawk version packing a supercharged V-8 making north of 700 hp. How Jeep divides up these possibilities between the Wagoneer and Grand Wagoneer remains to be seen.

What Is the Jeep Wagoneer Going to Cost and When Will it Be on Sale?

We expect the Jeep Wagoneer to arrive in mid-2021 as a 2022 model, with a price starting right around $60,000. The long-wheelbase Wagoneer should come in at around $65,000. That should be a fair bit cheaper than the Grand Wagoneer, which ought to start around $75,000 in short-wheelbase form and top out at over $100,000 when fully optioned.