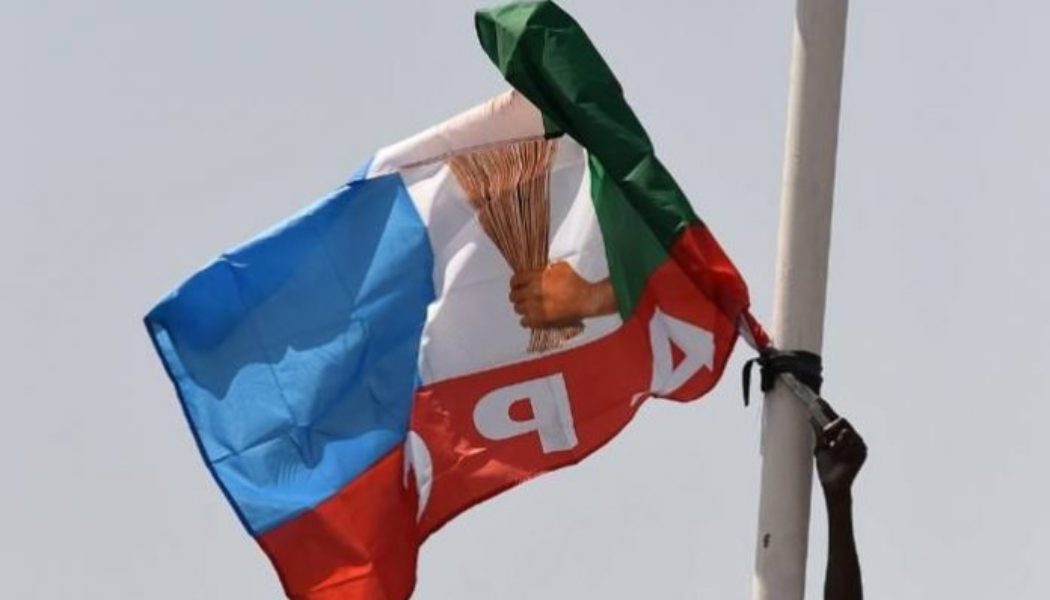 The group, in a statement issued by the quartet of Barr Ismail Ahmed, Lanre Issa-Onilu, Tolu Ogunlesi and Salihu Moh Lukman, claimed that the country will in the next few months witness even more progress on all fronts.

‘On security, the fear that has gripped the nation in recent times is receding while confidence is being renewed as the security agencies are chasing down the criminals, taking the battle to the bandits, unknown gunmen, kidnappers, and other criminal elements who have been holding the country by the jugular and turning Nigeria to a killing field,’ the group stated.

‘From the South East to the South-South up to the North East and North West, bandits, insurgents, kidnappers and other criminal elements are being given bloodied noses, in fulfilment of President Buhari’s pledge to speak to these undesirable elements in a language they would understand.

‘In the South East, for instance, members of the IPOB that have been terrorising many communities, razing down public properties including police stations and killing security agents in the process, have almost been completely decimated.

‘For the North West where kidnapping and banditry are prevalent, the gallant troops are giving the perpetrators a hot chase and neutralising them in large numbers. Terrorists in the North East are also feeling the heat as the military continue to decimate them.

‘We commend our gallant security personnel and call on all Nigerians to support Nigeria’s armed forces for the war against insurgency, banditry, kidnapping, abduction and all crimes to succeed in Nigeria.

‘The next few months would witness even more progress on all fronts. With the additional security assets underway for the military to boost its operations and ensure the security of lives and property, coupled with the country’s quick exit from recession occasioned by the COVID-19 pandemic and the gradual return to normalcy on the economic front, this nation is surely on a steady march towards economic and political renaissance,’ the group claimed.

The group equally commended President Buhari’s achievements on the economic front, stressing that things are looking up once again across the Nigerian landscape.

‘In the past few weeks, it has been one success story after the other. The Muhammadu Buhari-led administration is revving up the engine in the areas of security, infrastructural renewal, and the economy. Not even the most virulent critics can pretend otherwise anymore.

‘The avalanche of positive stories has brought some palpable sense of hope to Nigerians. The hope is not misplaced. The optics are sterling. President Buhari was physically present in Lagos on Thursday, June 10, 2021, to commission the Lagos – Ibadan Standard Gauge Rail.

‘The inauguration of that huge project is a further attestation to the commitment of the present administration to reinvigorate the rail transportation system, which had been in comatose for many decades.

‘Combined with the earlier commissioned Itakpe to Warri rail line, the Abuja to Kaduna rail and the about to commence rehabilitation of the Port Harcourt to Maiduguri rail and Kaduna to Kano Standard Gauge Rail, there is no gainsaying the fact that President Buhari has achieved what many thought impossible.

‘The one-day visit to Lagos also witnessed the launch of multi-billion-naira security equipment by the President under the Integrated National Security and Waterways Protection Strategy code-named Deep Blue, to secure the country’s maritime domain and the entire Gulf of Guinea, which have been troubled by pirates and other criminal elements.

‘Yet another big win for this government on the economic front was the long-awaited kick-off of the multibillion-dollar NLNG Train 7, which was stalled for many years under the PDP administration of former President Goodluck Jonathan, but is now given new life by the current APC administration, due largely to the political will of President Muhammadu Buhari. Incidentally, he spearheaded Nigeria’s first foray in LNG business in 1978 as the Minister of Petroleum.

‘The aviation sector is not left out of the good news that many Nigerians have been savouring lately, with a new wave of private and public sector investments in the sector. United Nigeria Airlines debuted earlier in 2021, with ValueJet, Green Africa, Cally Air and others set to commence operations in the coming months, in addition to those inaugurated in the last three years.

‘All together, these new airlines would launch dozens of new aircraft into the market, creating much-needed jobs and economic opportunities for Nigerians. A booming aviation industry is a testimony to an economy on an upward swing. Would this have been possible without a conducive operating environment put in place by this government?

‘Definitely not! Need we add that this is the same government that carried out a massive turnaround of the nation’s major airport terminals, with the Nnamdi Azikwe and the Port Harcourt International Airport in Abuja and Port Harcourt respectively already commissioned.