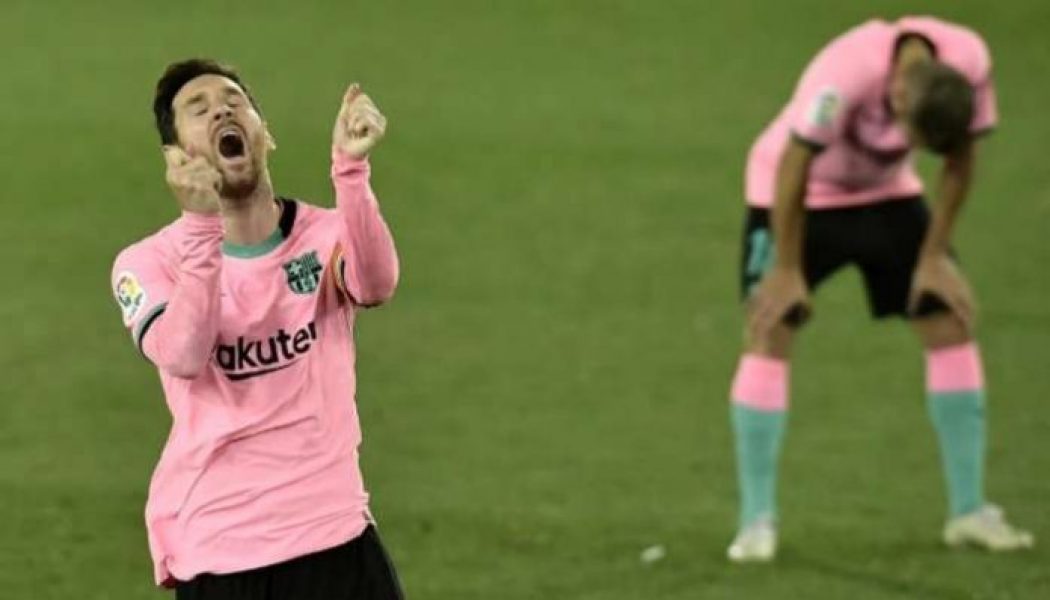 Antoine Griezmann helped to salvage a point for Barcelona as their struggles in La Liga continued with another disappointing result; a 1-1 away draw against 10-man Deportivo Alaves on Saturday.

The visitors, who had lost their prior two league matches, were behind in the first half after a goalkeeping blunder by Neto allowed Luis Rioja to open the scoring.

Barca actually started the match brightly. Their gifted youngster Ansu Fati raced clear of the Alaves defence early on but could only strike his effort wide.

However, the visiting defence appeared to lack confidence and looked vulnerable on the counter. Alaves left midfielder Luis Rioja tried to exploit this but brought a smart save out of Barca keeper Neto after fine play by Brazilian centre forward Deyverson.

It was from another such Alaves breakaway that Barca found themselves trailing just after the half hour mark. The goal came courtesy of self-inflicted Blaugrana errors rather than brilliance from the hosts.

Barca defender Gerard Pique made a feeble and dangerous back pass to Neto rather than clearing and the keeper came immediately under pressure. The Barca goalkeeper got himself in a tangle which allowed Rioja to steal the ball and tap into the vacant net.

Koeman made a triple-change substitution at the start of the second period, but an equaliser only came after Alaves were down to 10 men following right winger Jota’s high boot on Pique.

Griezmann took full advantage just over a minute later and stylishly lifted the ball over Fernando Pacheco as the Alaves goalkeeper raced off his line for a challenge.

Pacheco saved superbly from Lionel Messi in the 65th minute. Then, Griezmann had the ball in the net six minutes after and thought he won the tie for the visitors, only for Portuguese right midfielder Trincao to be rightly flagged offside in the build-up.

Alaves were indebted to heroic Pacheco goalkeeping as they hung on through a tense finale. He saved from Miralem Pjanic and Sergino Dest in the final minutes to preserve a point as Barca threw everything into their attack.

The spotlight was on Koeman after back-to-back defeats to Getafe and Real Madrid. Although the Catalan giants managed to avoid the unwanted statistic of a third consecutive loss with a draw, their new coach will continue to find himself under the microscope as his side already trail leaders Real Madrid by eight points.

Neto made just two saves in the match and looked shaky throughout. His lapse in concentration that resulted in the goal was horrendous as was the defending from Pique. The return of first-choice goalkeeper Marc-Andre ter Stegen, who recently resumed training following knee surgery in August, cannot come soon enough for Koeman.

By contrast, Neto’s opposite number quite brilliant between the sticks for Alaves. Pacheco commanded his box with two clearances, vociferously organised his defence and contributed seven crucial saves. There was little more he could have done for Griezmann’s goal.

Barcelona return to the UEFA Champions League on Wednesday with a Group G clash against Dynamo Kiev at Camp Nou. Alaves’ next game sees them head to Levante next Sunday in La Liga.