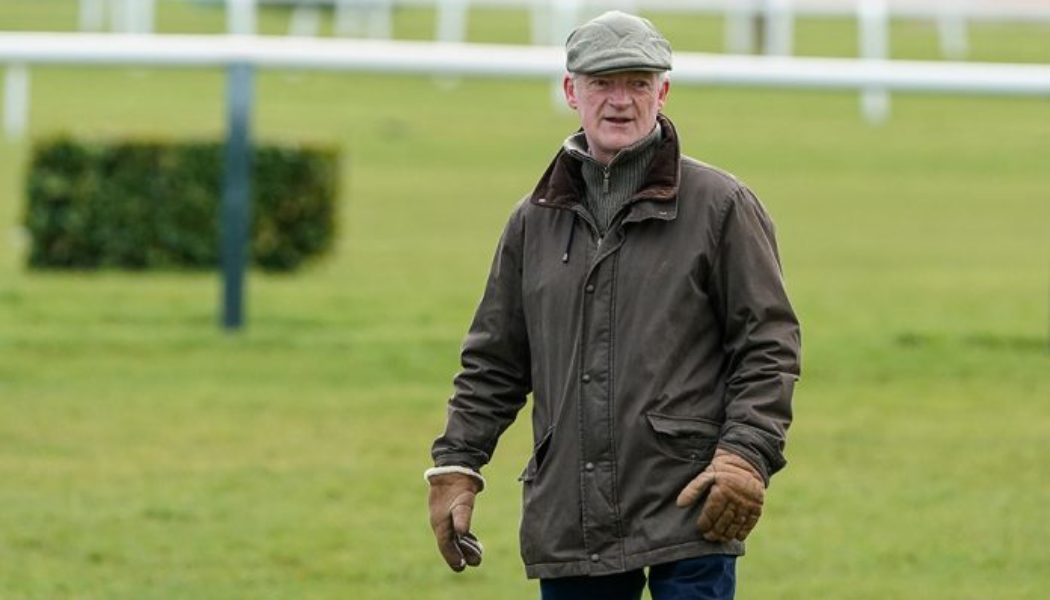 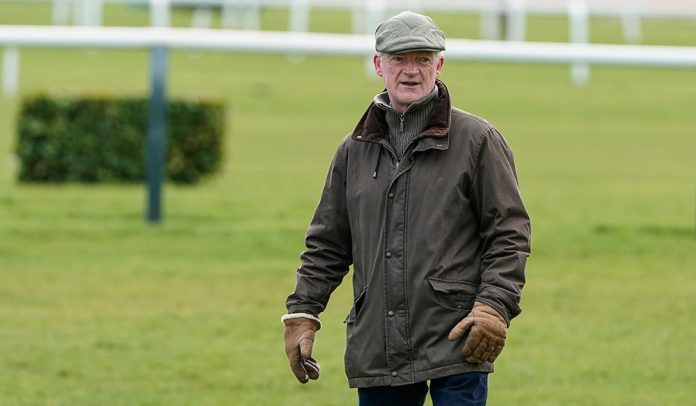 Only once since 2010 has the Cheltenham Festival top trainer title been won by a British handler. Proof, as if needed, that the best horses are in Ireland was there for all to see last year. Willie Mullins heads Cheltenham top trainer odds once again with the bookies with what looks a top Festival team.

When he trains the favourites of at least 10 ante post favourites for the meeting, according to horse racing betting sites, it’s no wonder. Mullins has already been top handler at the Festival eight times since 2011, so expect the Closutton battalions hitting Prestbury Park again.

National Hunt horse racing has more than one master handler in the Emerald Isle, though. Much like Cheltenham top jockey odds, if there’s a tie for the number of winners, placed horses count. That’s not the way anyone wants Festival honours deciding but seconds and thirds could matter.

Expect plenty of twists and turns in the Cheltenham betting here. A trainer could easily have a bad start to the Festival, only to come back into contention later in the meeting. The Cheltenham top trainer odds could go down to the final race, where they must rely on conditional jockeys riding. See what SportsLens experts make of this market:

Nobody has trained more Festival winners than Mullins, who has saddled 78 to success. He was top dog last season with six and had 12 other horses come second or third. Mullins did even better in 2020 with seven winners and 13 more in first three. Some of those already successful at Cheltenham return for more glory at the meeting.

Mullins also boasts a strong hand in the open handicaps at Cheltenham. Any punters visiting online bookmakers see horses from his yard prominent in the betting for the Coral Cup, Paddy Power Plate and County Hurdle. Add in prolific hunter Billaway and the first two in the Mares Chase market, including previous Festival winner Concertista, and it’s hard to see anyone else being the best handler.

Even in races where Mullins doesn’t train the current favourite, then the next best in the betting is his. See Dysart Dynamo in the Supreme Novices Hurdle, Appreciate It in the Champion Hurdle odds, Stattler in the National Hunt Chase, Stormy Ireland in the Mares Hurdle, Energumene in the Queen Mother Champion Chase, Facile Vega in the Champion Bumper and so on.

If Festival veterans weren’t used to it, then the strength-in-depth concentrated in County Carlow would be frightening. Mullins can afford to have favourites or fancies flop and still saddle the most winners. This is why BoyleSports are as short as 8/15 in their Cheltenham top trainer odds for him.

Back Willie Mullins with BoyleSports

Elliott has plenty of motivation after missing last Festival

There is a small asterisk next to Mullins’ win in this category last season. Gordon Elliott served a ban with his training license suspended for six months. It is a bitter pill for his detractors to swallow but that may only serve as motivation for the Cullentra House handler. Elliott has lost some high-profile horses, notably Sir Gerhard, for good yet many others returned to his charge once his suspension ended.

Six horses that started last season at Cullentra House won at Cheltenham. Three physically stayed in the yard while Denise Foster acted as a sort of caretaker trainer. Elliott would only have lost top Festival trainer honours on countback. That technicality shouldn’t be lost on punters either.

Such is the might of Mullins that Elliott probably needs more. He needs Galvin to land the Cheltenham Gold Cup odds and Chemical Energy in the Martin Pipe too. Some reverses for Mullins mounts would also help, especially in races where Elliott has nothing to put against them. It’s a case of relying on other handlers doing him a favour. Elliott is still the 7/2 second-favourite in the Cheltenham top trainer odds with BoyleSports.

Bet on Gordon Elliott with BoyleSports

Henry De Bromhead had his best-ever Cheltenham when becoming the first handler to win the three biggest Festival championship races in the same season last term. Honeysuckle is all the rage in the Champion Hurdle odds to retain her crown. De Bronhead also has two of the first three in the Cheltenham Gold Cup betting in last year’s winner Minella Indo and A Plus Tard.

If the top Festival trainer was awarded based on prize money, then he would be a stronger fancy. However, one win is no different from any other in this quantity over quality market. De Bromhead can say he has both, though not so much as Mullins. Telmesomethinggirl is favourite for the Mares Hurdle and Journey With Me prominent in both the Albert Bartlett and Ballymore betting.

Put The Kettle On is four from five at Cheltenham and the forgotten horse in the Queen Mother Champion Chase market. Bob Olinger, who won the Ballymore at last year’s Festival, is almost as big a banker in the Turners Novices Chase as Honeysuckle  for some experts. Ain’t That A Shame is already favourite for the Kim Muir, so De Bromhead has several chances.

He can’t afford the luxury of slip-ups, though. De Bromhead needs everything to go right to win six or seven Cheltenham Festival races. Rachael Blackmore was leading rider at this meeting last season, though, so that gives them hope. There may be more juice in De Bromhead as a 6/1 shot than Elliott at almost half that price. Mullins mounts still need to underperform, however.

Back Henry De Bromhead with BoyleSports

Seven Barrows maestro Nicky Henderson has been leading Festival handler three times this century. He is Britain’s best and only realistic hope of wrestling this crown away from Ireland this year. Henderson has two leading Supreme contenders in Constitution Hill and Jonbon. He also has a good recent record in the Coral Cup.

The one superstar everyone at Seven Barrows wants to see win again at Cheltenham is Queen Mother Champion Chase odds-on favourite Shishkin. It’s tougher to see where enough winners to seriously challenge the Irish triumvirate of De Bromhead, Elliott and Mullins will come from, though.

Champ has been a bit Jekyll and Hyde at previous Festivals. He never went a yard in the Gold Cup last year but was a gallant winner of the old RSA Chase the season before. Champ is second-favourite, according to the Stayers Hurdle odds, but a Mullins mount lies between him and success. Chantry House could bounce back too with the blue riband on his agenda, provided he shapes better in the Cotswold Chase.

Henderson doesn’t have enough ammunition to be anything like as short as 7/1 in the Cheltenham top trainer odds for the Festival. He needs all three Irish counterparts to have a poor meeting, and the probability of that is much less than that price suggests.

The Only 6 Jewellery Trends That Matter This Summer

PSA: COS’s Sell-Out Crossbody Bag Is Finally Back in Stock for Summer

Stake or DApp? With liquid staking, you don’t have to choose

The Only 6 Jewellery Trends That Matter This Summer

PSA: COS’s Sell-Out Crossbody Bag Is Finally Back in Stock for Summer

Stake or DApp? With liquid staking, you don’t have to choose