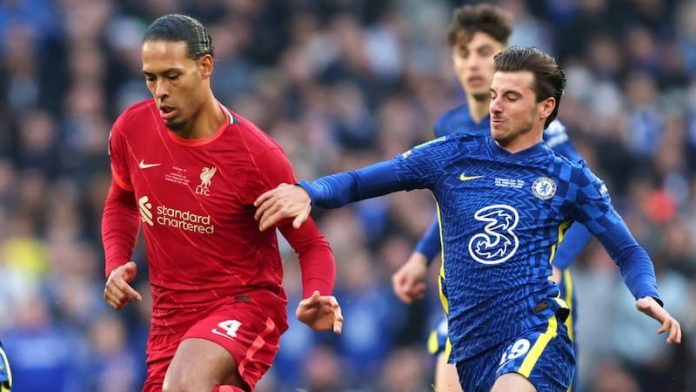 Former Liverpool legend, now BBC pundit Mark Lawrenson has offered his predictions for Saturday’s FA Cup final, and he is backing his old club to make it two trophies so far this season.

Having already beaten the Blues in the Carabao Cup final back in February, ‘Lawro’ has predicted a similar feat here, citing Liverpool’s immense attacking prowess as a key factor in their probable victory.

“Usually with cup finals, I expect them to be really tight with extra time and maybe even penalties – like we saw when these two teams met at Wembley in the Carabao Cup final in February.

“This time, though, I think Liverpool will win it pretty comfortably, and in normal time too, just because Chelsea are not at their best right now.

I was at Villa Park on Tuesday to watch Liverpool. They had some good moments, and a few ordinary ones but they still won. They are going through a bit of a patch where they are not at their very best, but they have still taken four points from their past two games – their record this year is still just amazing.

“So, Liverpool are favourites for me. They will be without the injured Fabinho, which is a blow, but Jordan Henderson will just come in there. Up front they can go with Mohamed Salah, Sadio Mane and Luis Diaz. That’s a forward line to win a cup final, because I don’t see Chelsea keeping them out.”

Already claimed these betting offers? Check out all the latest best betting sites.