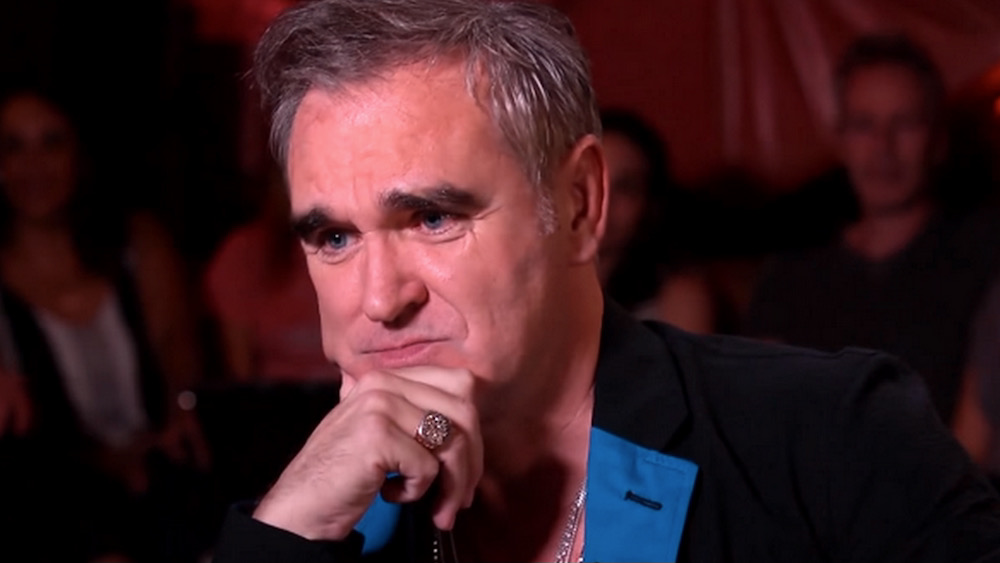 Morrissey’s big mouth has struck again: In a new interview conducted by his nephew Sam Esty Rayner, the outspoken singer referred to the pandemic as “Con-vid” and compared government-imposed restrictions as akin to slavery.

His comments came as part of a lengthy interview designed to promote his upcoming album, Bonfire of Teenagers. But Morrissey and Rayner dedicated much of the interview to lamenting about the state of Britain during the pandemic.

“The bigger problem is that nobody can any longer agree with anyone else, and this is the main outcome of Con-vid,” Morrissey commented. “It has brought the worst out in people, and we weren’t ever in this together. We are deprived of seeing and hearing other people, and above all, you want to be with others who see and hear what you see and hear, because this is basic oxygen for the human soul. Take it away and people are dead.”

When Rayner described COVID society as “the precise description of slavery,” Morrissey responded, “Precisely.” He added, “Our present freedom is restricted to visiting supermarkets and buying sofas. The government act like Chinese emperors… ‘We will allow you to live as we do if you behave yourself.’”

Naturally, Morrissey and Rayner’s discussion on the pandemic segued into a lengthy pity party on the mistreatment of Morrissey. Raynor noted that “Some have tried to cancel you because of your views,” to which Moz replied, “You can’t cancel someone who has always been cancelled. When did you last see me on television, or hear me on the radio? I unintentionally invented the condition of being cancelled!”

“The music industry hasn’t ever celebrated me or offered me free food,” Morrissey added. “I’ve always been treated like a scientific experiment gone wrong. I’m used to it. I’ve been immune to enemy fire for many years. I wear a bullet-proof vest in the bath. It seems to me that as soon as one person boo’s they all start to boo, and then when someone cheers they all start to cheer… but that’s just a loose theory.”

Elsewhere in the interview, Morrissey repeatedly claimed to be apolitical, but that’s only because of the negative he received for his support of the far-right, anti-Muslim For Britain party. “I still haven’t ever voted for a political party in my entire life,” he claimed, “and my interest has curdled recently because, well, I was only attacked a couple of years ago because I had actually hit on something.”

And yet, for someone claiming to be disinterested in politics, Morrissey had plenty to say about the British government being a “specular failure,” and how the recent murder of Emily Jones is a byproduct of the UK’s immigration policies. He also suggested there is no difference between Joe Biden and Donald Trump.

You can read the full interview here.