D.L. Chandler is a veteran of the Washington D.C. metro writing scene, working as a journalist, reporter, and culture critic. Initially freelancing at iOne Digital in 2010, he officially joined the iOne team in 2017 where he currently works as a Senior Editor for Cassius Life and Hip-Hop Wired. D.L. covers a variety of topics including breaking news, politics, Hip-Hop music and culture, fashion, and Black history. He currently heads the SPIRIT.ED column for Cassius Life, which focuses on adult beverages and their history. D.L. has worked in the past for MTV News, Billboard, and several other publications. His first big break in journalism came with the now-defunct Politically Black in 1999, the nation’s first Black political news portal. D.L. is a native Washingtonian and resides in the Greater Washington area. @dlchandler123 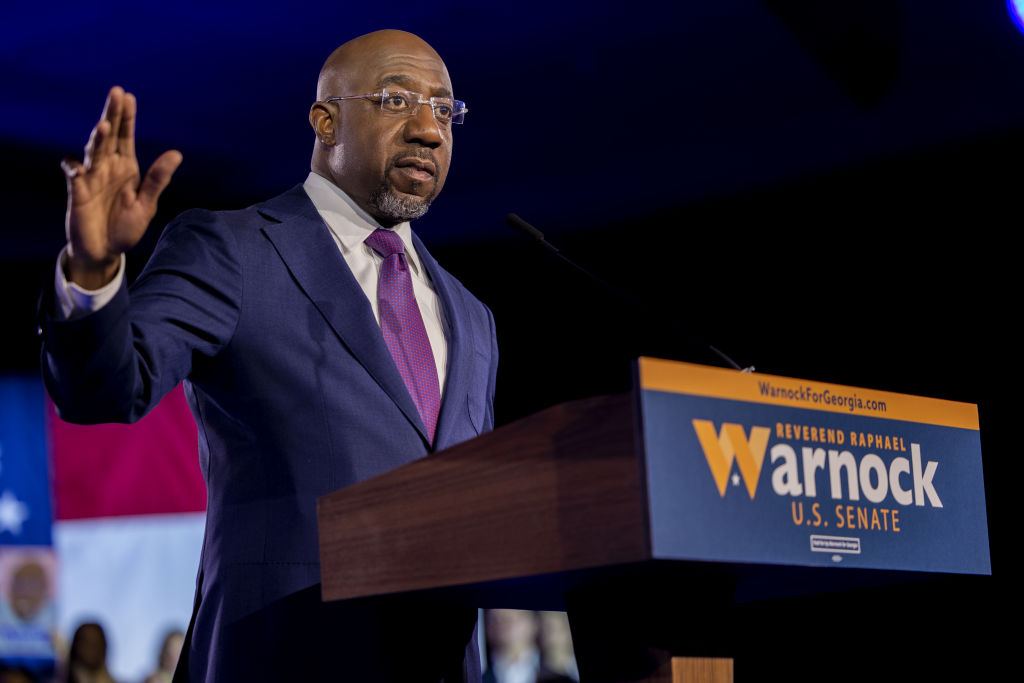 Sen. Raphael Warnock faced an opponent in Herschel Walker that proved to be more formidable than most expected, forcing a special run-off election for Warnock’s U.S. Senate seat. In a narrow win, the incumbent bested the former football star by narrow margins but shows that the efforts of Democrats in the state were not in vain.

Sen. Raphael Warnock, 53, initially defeated former Atlanta Dream co-owner Kelly Loeffler, becoming the first Black senator to represent Georgia, the first Black Democratic Party U.S. Senator elected in the South, and the First Black Democrat elected to the Senate by a former Confederate state. In January 2021, the longtime reverend announced he would indeed run for a full six-year term and faced Walker in a race that went down to the wire the past November.

Once more, the run-off election was another tense affair with droves of counties outside of Atlanta swinging red. However, Warnock’s side saw significant boosts while Walker’s numbers, still impressive, didn’t improve from what was seen in November. The win didn’t change the fortunes of the Democrats as the party has a 51-49 advantage.

NewsOne adds more in their reporting:

“Senate Democrats’ resounding victories have culminated in one of our best campaign cycles in modern history. We won because of the tremendous quality of our candidates, the strength of our message, and the results we have delivered for the American people,” Democratic Senatorial Campaign Committee Chair Sen. Gary Peters said in a statement sent to NewsOne. “This cycle in state after state and race after race, voters stood with Senate Democrats – and now we have protected and expanded our majority.”

This year’s Senate runoff was subject to SB 202, an election law that makes it harder to cast a vote. Because of the timing of the runoff, a state holiday briefly threatened to prevent voting on the weekend after Thanksgiving. Countless voters wouldn’t have been able to vote if Secretary of State Brad Raffensperger and Georgia Attorney General Chris Carr had their way.

Warnock’s victory speech was measured at the start, no doubt calling on his time in the pulpit at Ebenezer Baptist Church, the same church the late Rev. Dr. Martin Luther King, Jr. presided over. By the end, Warnock’s voice rose as he was met with raucous applause, promising to deliver the same focus on getting things done in Georgia regardless of who voted for him or not.

Sen. Raphael Warnock and his epic win in Georgia caused quite a commotion on social media, especially Twitter, and we’ve got those reactions below.