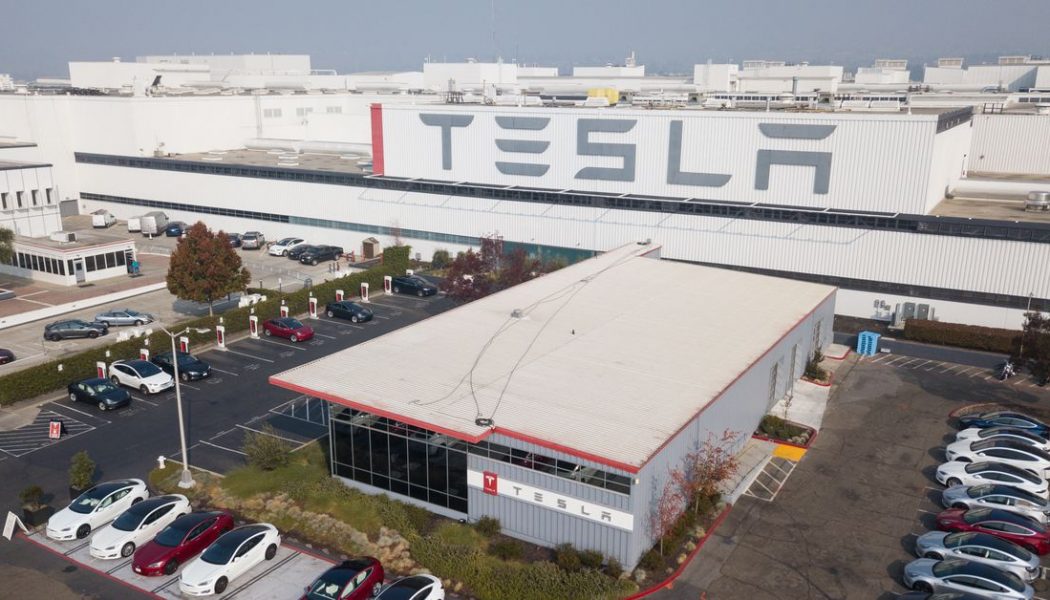 Tesla began making cars again at its Fremont, California plant over the weekend despite an ongoing battle with local officials about whether it should remain closed during the pandemic, The Verge has learned. The company called back some of its workers and has completed around 200 Model Y and Model 3 vehicles, according to two current employees who spoke to The Verge on the condition of anonymity. This all happened as CEO Elon Musk threatened on Twitter to move Tesla’s operations out of state and sued Alameda County over its stay-home order.

Tesla is also now calling back workers that were placed on furlough last month, according to an email viewed by The Verge. The company had previously only told certain workers to report back to the factory later this week, as was reported by Business Insider.

Tesla did not immediately respond to a request for comment. A spokesperson for Alameda County’s Public Health Department declined to comment.

Tesla’s Fremont factory has been closed since March 23rd, one week after Alameda County issued the initial stay-home order, and a few days after the governor of California issued a statewide version. The company had spent that intervening time trying to convince local officials that it should be allowed to keep making its electric cars because of Department of Homeland Security guidance that auto manufacturing is “national critical infrastructure.”

Alameda County officials said in a statement on Saturday that they were “communicating directly and working closely with the Tesla team on the ground in Fremont,” and that the company was engaged in “a collaborative, good faith effort to develop and implement a safety plan that allows for reopening while protecting the health and well-being of the thousands of employees who travel to and from work at Tesla’s factory.”

But the county officials said they had still not reached an agreement with the company on whether it could reopen its factory. At the same time that the officials released their statement, Tesla sued the county over the stay-home order. Musk also threatened to move Tesla out of California because the plant would not reopen, and urged Tesla supporters on Twitter to “please voice your disagreement as strongly as possible with Alameda County.”

Frankly, this is the final straw. Tesla will now move its HQ and future programs to Texas/Nevada immediately. If we even retain Fremont manufacturing activity at all, it will be dependen on how Tesla is treated in the future. Tesla is the last carmaker left in CA.

Alameda County supervisor Scott Haggerty told The New York Times over the weekend that health officials and Tesla had been close to an agreement to reopen the plant on May 18th before Musk lashed out on Saturday.

“We were working on a lot of policies and procedures to help operate that plant and quite frankly, I think Tesla did a pretty good job, and that’s why I had it to the point where on May 18, Tesla would have opened,” Haggerty said. “I know Elon knew that. But he wanted it this week.”

Musk has repeatedly underplayed the threat of COVID-19. He told SpaceX workers in March that they were more likely to die in a car crash, and later said on Twitter that he believed there would be “close to zero” new cases in the US by the end of April. (Car crashes are not contagious, and more than 20,000 new cases have been confirmed every day in recent weeks.) He’s also called the nationwide stay-at-home orders “fascist” and said they violate people’s constitutional rights.

The workers who spoke to The Verge described difficult decisions they made about whether or not they should report in this week as their employer and CEO wages a public battle with local officials. Since they are both hourly workers, they won’t be paid if they stay home. If they do go in, they will make less than they used to thanks to recent company-wide pay cuts. And while Tesla previously told its employees that they can use paid time off (PTO) days to stay home if they feel uncomfortable coming in, the company recently cashed out many of those workers’ remaining PTO days because of the extended furlough.

“It’s either we feed our families or go hungry at this point,” said one, who decided to go into the factory.

The other is staying home. “I love my job personally, just tired of feeling like a chess piece,” this person said. They also said they wouldn’t feel safe assembling cars right now because it requires such close-quarters work. “We get lured in by the ‘Tesla Dream’ of saving the planet only to get treated so poorly that even though I love my job, I’m not willing to risk my health for him.”