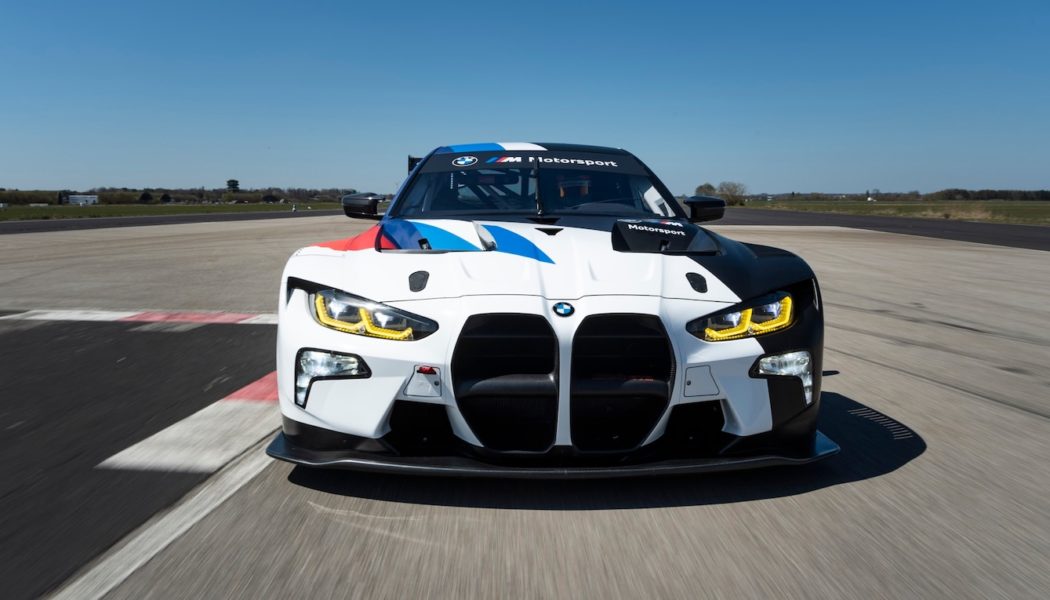 If you have the scratch, and the skill, you can own the ultimate BMW driving machine: the latest M4 GT3. Based on a 2021 M4 Competition, the GT3 is just what it looks like: a pure race car, designed for competition. It joins a broad lineup of race-only BMWs, including the M8 GTE, M4 GT4, and M2 CS Racing—and replaces the M6 GT3.

And it’s not lacking for firepower. Behind that massive grille—we’ll let you decide if it looks better on a full race car—is a highly modified version of the M4 road car’s S58 I-6, dubbed by BMW the “P58 M TwinPower Turbo.” In this application, it produces 590 hp and 516 lb-ft of torque—a fair bit more than the production motor’s 503 hp and 479 lb-ft. It’s also 80 pounds lighter than the M6 GT3’s V-8 engine, per BMW, and slightly more powerful. Compared to the street engine, the P58 gets a dry-sump oiling system, different engine mounts, and various revisions to the intake and exhaust systems.

But, it’s not a clean-sheet engine, as the P58 shares its crankcase, cylinder head, crankshaft drive, crankshaft, and connecting rods with the S58—although we’re sure they’re even more carefully balanced for competition duty. The P58 is backed up by an Xtrac sequential six-speed gearbox with an electro-hydraulic clutch, actuated by steering-wheel-mounted paddles.

Drivers will appreciate a new air conditioning system that’s twice as powerful as the M6 GT3’s—it gets awfully hot in a race car. There’s also a great deal of adjustability, for illumination as well as ergonomics, inside the cabin. One neat bit: The steering wheel was co-developed with Fanatec, and will be available to sim racers later in 2021.

The M4 GT3 will set you back a cool $530,000, and that doesn’t include shipping. If you want to add the Competition package, which includes additional headlights, backlit door numbers, a TPMS system that supports eight sensors, a rear-view camera, an additional set of wheels, and a day of training on the BMW simulator, that’ll set you back an additional $55,000.