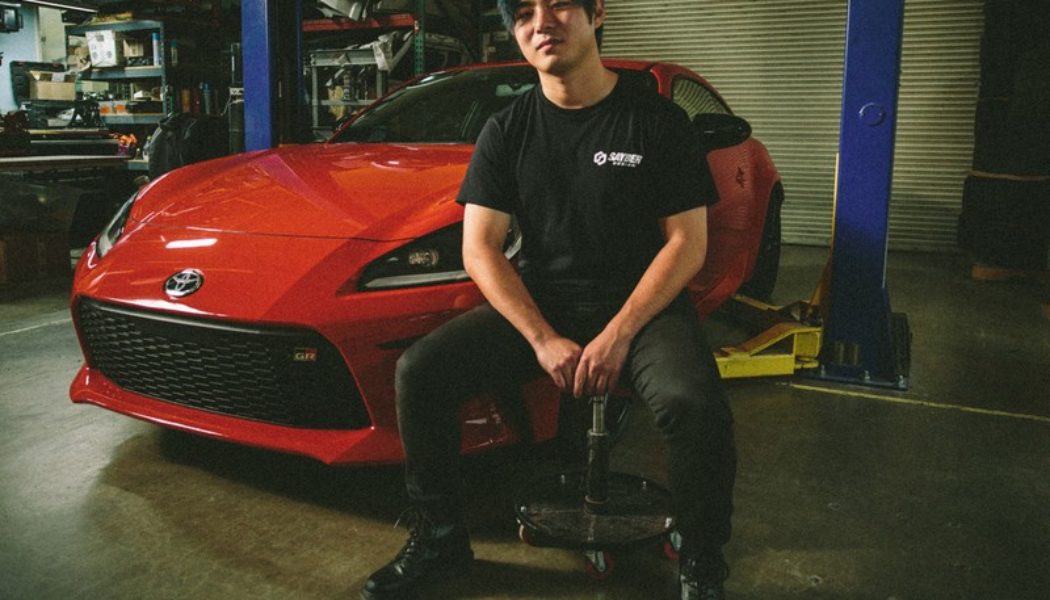 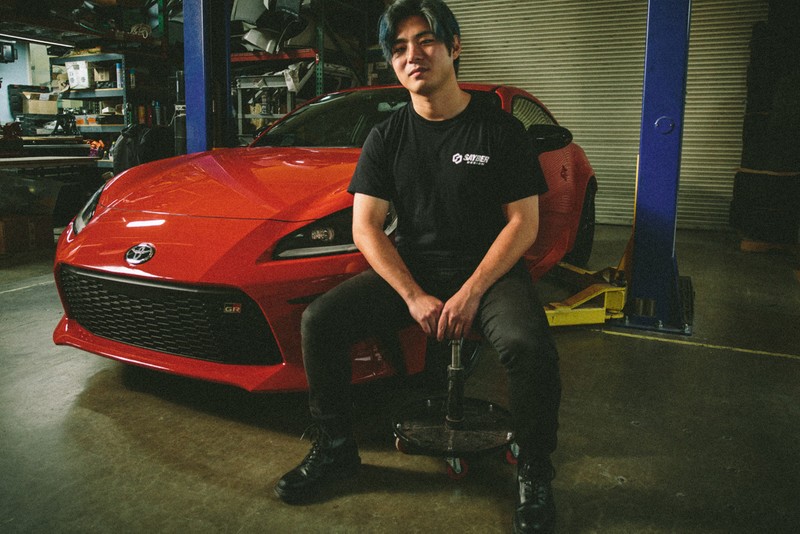 For Hypebeast’s newest series, Garage Visits, we profiled Caleb Sok and his Sayber Design shop. Sok and his custom auto shop specialize in aerodynamic body kit development, which have designed special carbon fiber hoods, fenders, front lips and more for cars like the Toyota Supra. Sok and his team’s latest project, however, was a special kit for the new Toyota GR86 which debuted at this year’s SEMA in collaboration with DRVNmind, a motorsports themed content producer and community. As a lifelong car enthusiast and Toyota fan, Sok was an undeniable pick for our latest Garage Visits, as we not only took a closer look inside Sayber Design but also the Toyota 2023 GR86 through the eyes and experience of Sok himself.

The 2023 Toyota GR86 ticks all the boxes when it comes to look, feel and all-around drivability. Old school Toyota fans love its cool retro vibe, while more modern appreciators of the carmaker praise its state-of-the-art components. Overall, the latest GR86 stays true to its Toyota roots and pulls no punches whether driven on the track or on the streets. 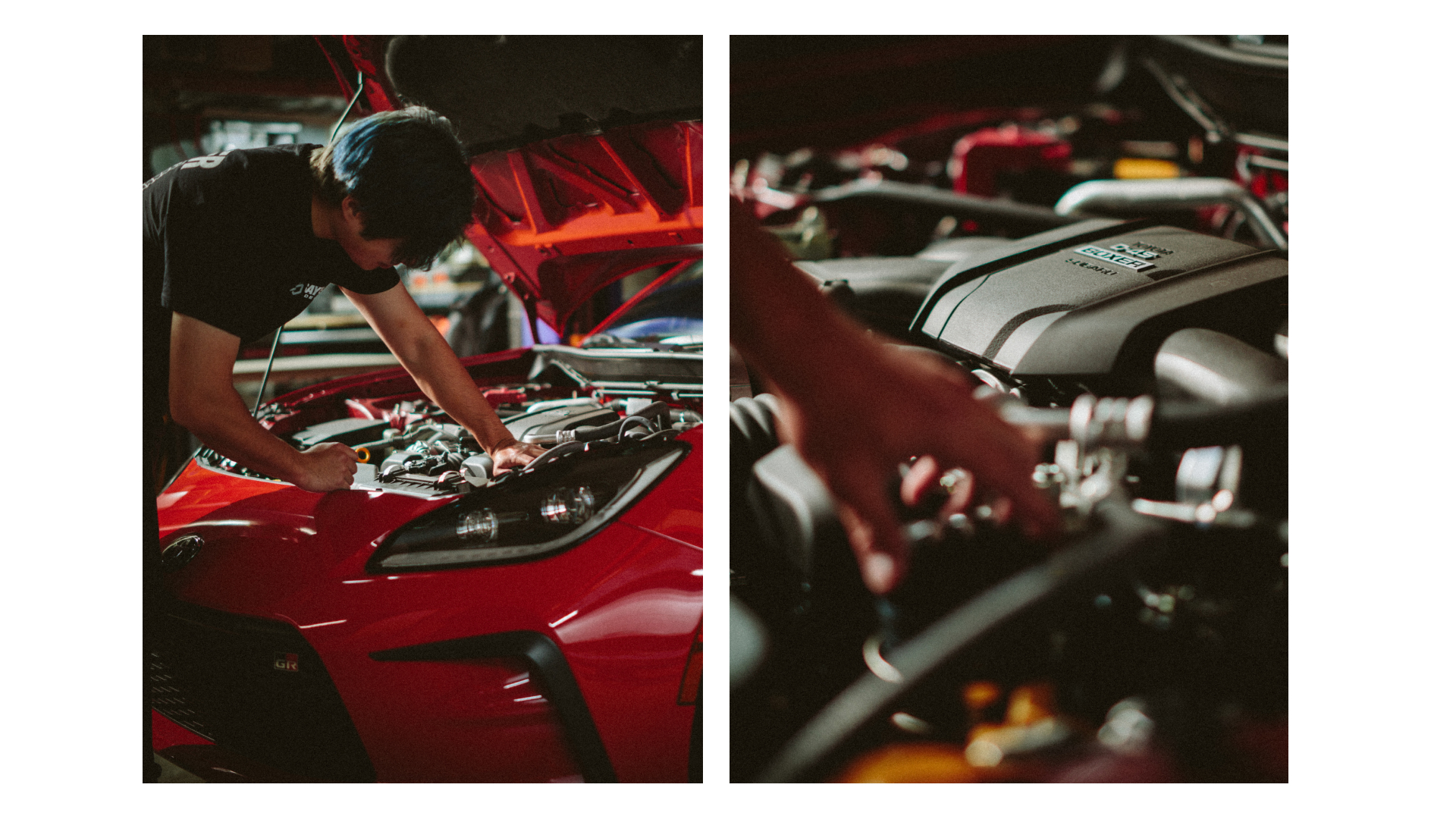 Inside Sok’s garage next to a new “Track bRed” 2023 Toyota GR86 was his team’s newly constructed Sayber Design x DRVNmind Toyota Super GT GR86 build. “This one I’m really proud of,” Sok says. “It’s because it’s our first full aero, full body kit kind of project.” The look of the kit was inspired by the Super GT300 race cars that compete in the Japanese Super GT racing series. With this design reference, Sok and his team developed a widebody kit that included a carbon fiber lip, carbon hybrid chassis mount front splitter, carbon fiber side skirts, a carbon fiber swan neck GT wing and a number of other supporting parts. “We wanted to keep the motorsports heritage true to the car itself,” Sok said of their build. “We didn’t want to make something that took away from that, because this is Toyota’s sports car Gazoo Racing line so we wanted to make a kit that’s sportscar/motor sports theme.” Sayber Design’s kits are available for purchase in options of base, standard and aero price point levels. Performance wise, the Sayber Design x DRVNmind Toyota Super GT GR86 went Sub 2 with a 1.59.24 time record at Global Time Attack just this past November. The impressive lap times are proof of Sok’s ability to create quality performance-driven kits. 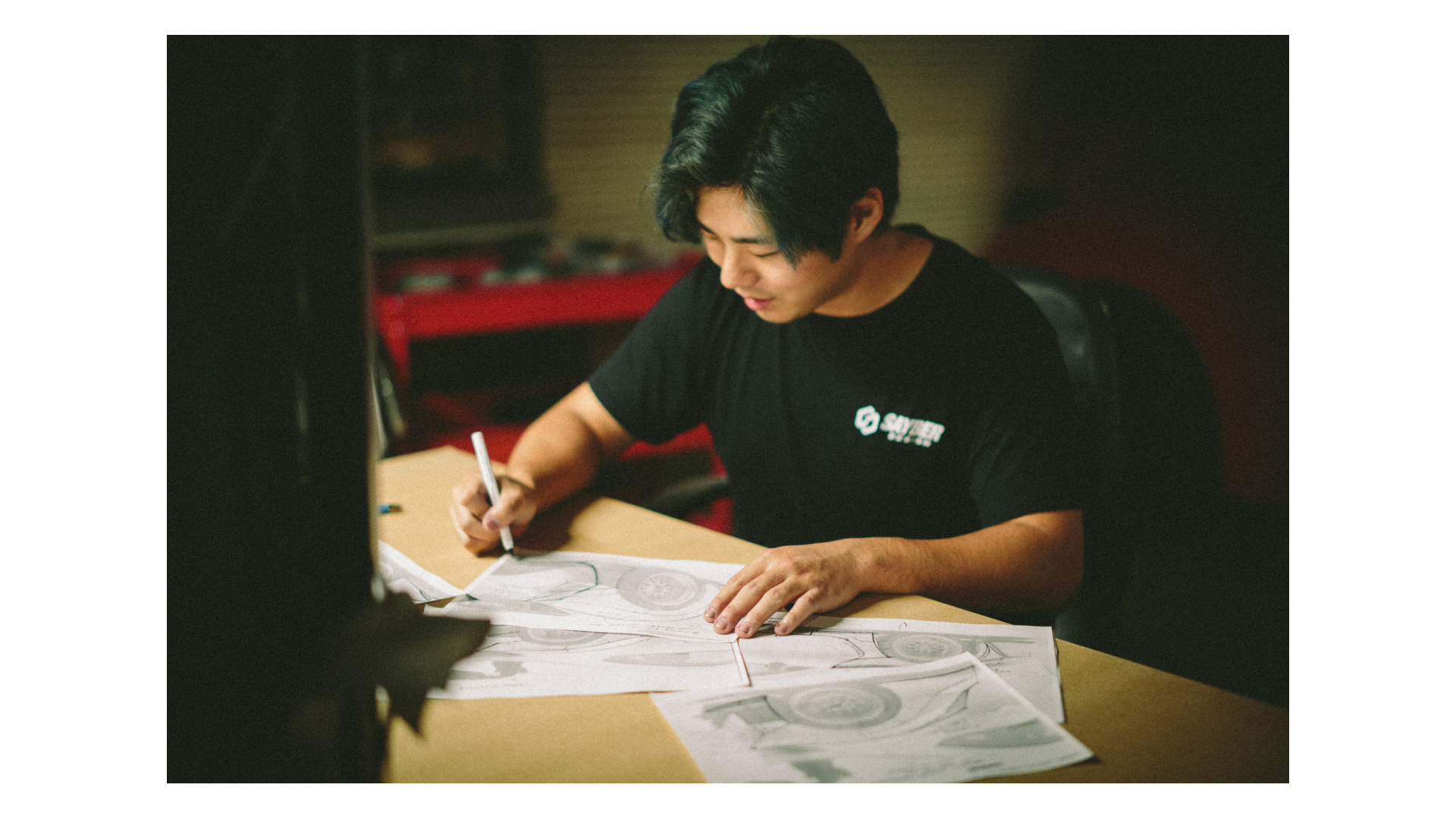 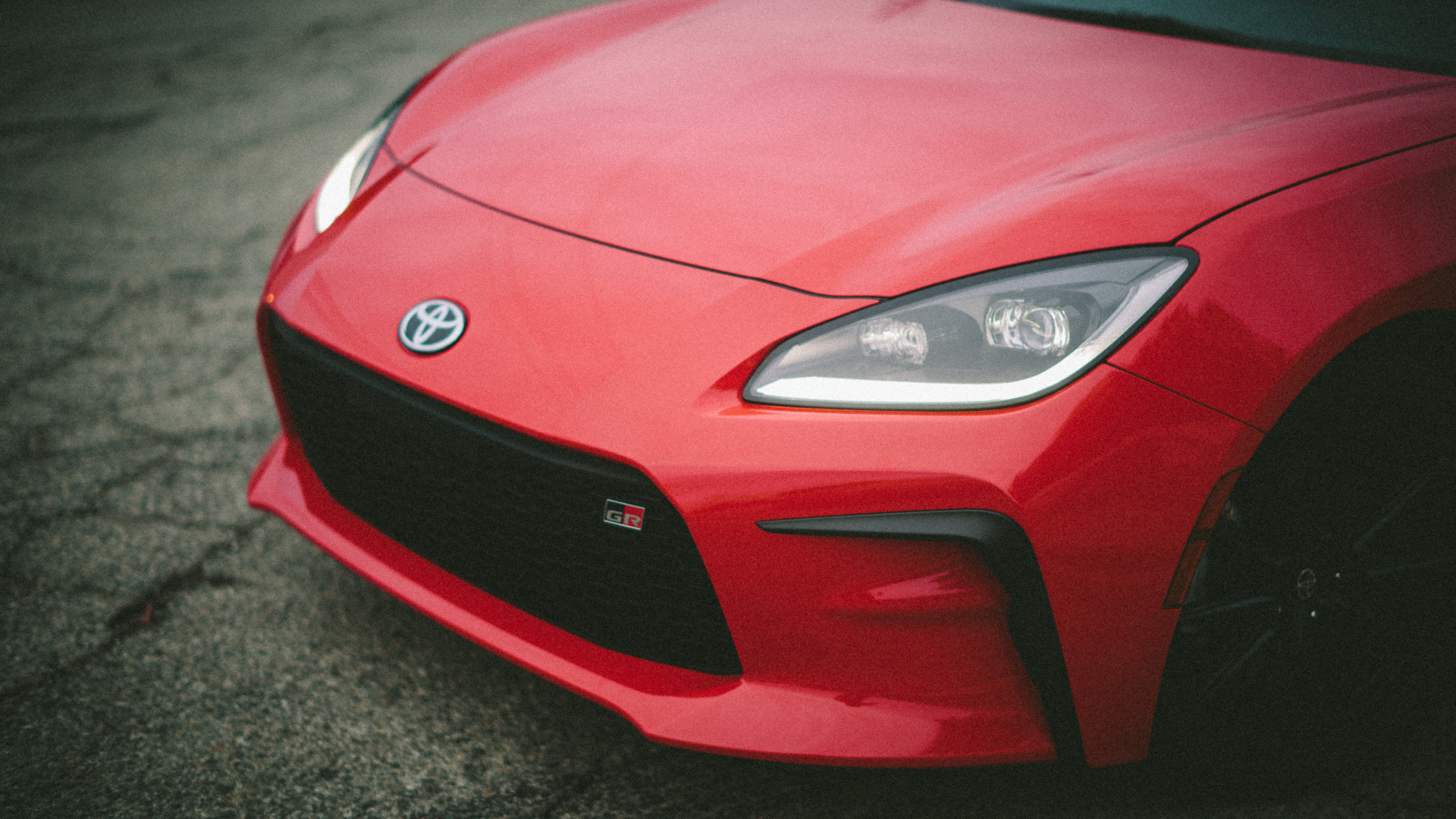 With its race-ready frame, fun-to-drive reputation and deep car culture influence, Caleb Sok and his team were enthusiastic about putting their spin on the new Toyota GR86. For one, the GR86 is as sporty as ever – it’s fun to drive with its aerodynamic shape and fierce exterior features. It boasts an aero-stabilizing front bumper and a MATRIX “G Mesh” Grille that not only reduces drag but also adds a touch of style to the car’s overall look. Technology wise, fans will be pleased with the convenient push-button start and keyless entry system. There’s also a 7-inch digital instrument panel for choosing driving modes and an 8-inch touchscreen entertainment system for connecting to various devices and apps. For the premium model, LED headlights offer adaptive front lighting, so visibility is always optimal even during tight turns and speedy maneuvers. The new Toyota 2023 GR86 also comes equipped with a full-ring rear frame, connecting upper and lower chassis together to provide optimal balance and control. Under the hood is a new 2.4 LL flat-four boxer engine that delivers 228 horsepower. Max torque also arrives earlier in the powerband at 3,700 RPM with zero-to-60mph times clocking in at 6.1 seconds for the manual transmission and 6.6 seconds for the paddle-shifted automatic.

There was a lot of thought poured into the making of the new Toyota 2023 GR86, especially with nostalgic fans of its AE86 predecessor kept in mind. This newly introduced ride, however, is a modern marvel which captures the spirit of the original with its lightweight feel and easy maneuverability. It’s really meant for both old and new Toyota fans. 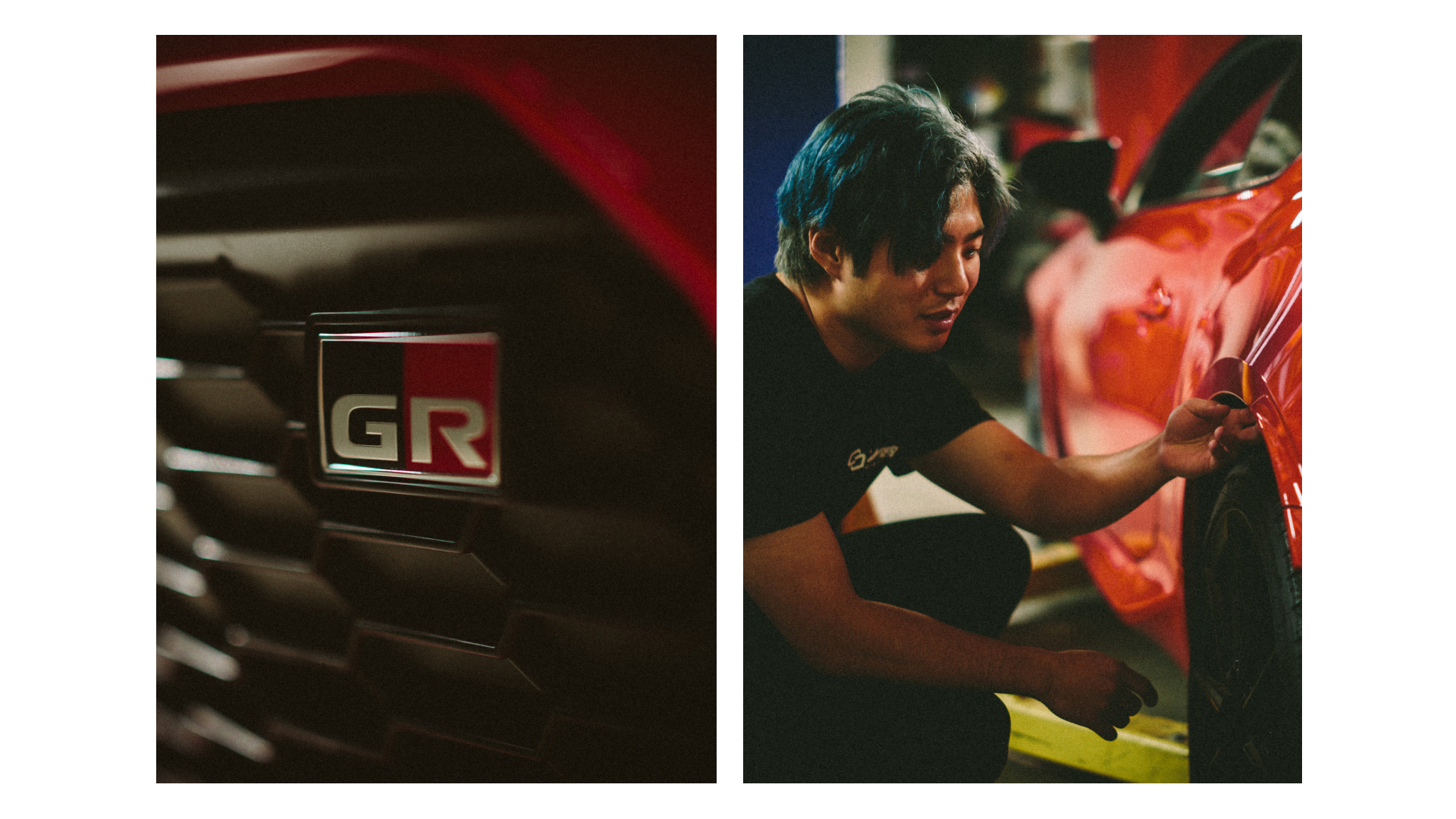 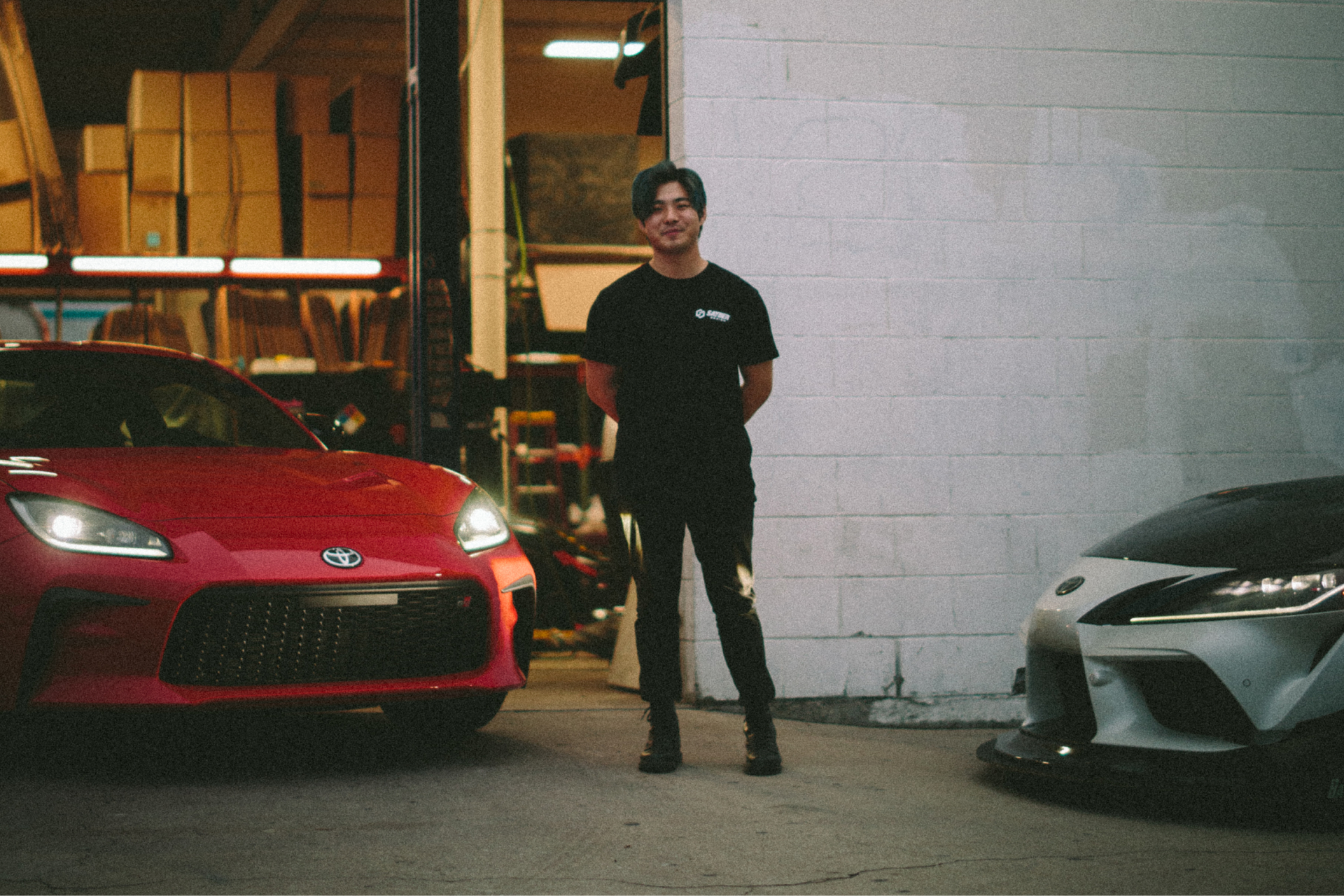 “My favorite thing about Toyota from an enthusiast perspective is that they’re still making really cool fun cars and not just something that’s designed to sell,” Sok exclaims while sitting next to the Toyota 2023 GR86 in his garage. “The reason why I love the new GR86 is because it has so much heritage. It’s just a fantastic platform – you have a lightweight car that handles amazingly that’s real to drive. And it also looks great!”

As for Sayber Design’s Toyota Super GT GR86 build, Sok told the story of how a Toyota rep told them that their build was something Toyota would have made to go racing. “That really felt good to hear,” Sok added. “Because that’s exactly what our goal was.”

For more information on the newest Toyota GR86, visit Toyota.com/GR86.