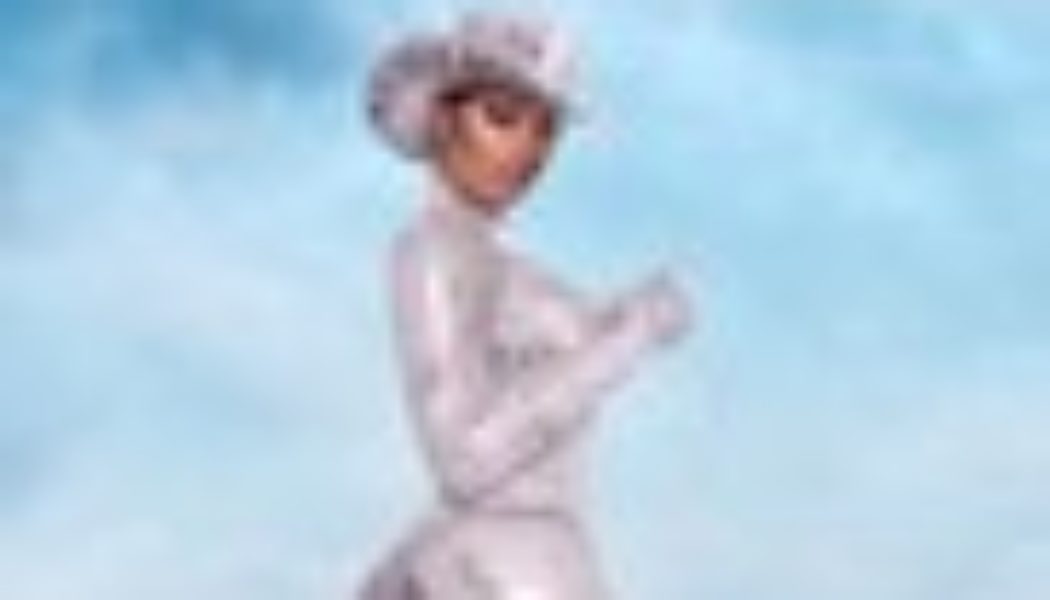 Megan Thee Stallion is rolling with the punches life is throwing her way right now. While she may not have planned to release her Traumazine album on Friday (Aug. 12), a series of leaks and label issues forced her hand to unleash her third studio LP earlier than expected.

The Houston Hottie is used to improvising on the fly and she delivered her most vulnerable project to date with the 18-track Traumazine, which essentially doubles as an emotional rollercoaster ride of a journal entry.

“I feel like the Hotties are gonna hear the more personal side of me — the more vulnerable side,” she told Spotify. “There’s a few songs I’m nervous about the Hotties listening to because I’ve never been this open and this vulnerable.”

Billboard attempts to rank every song from Meg’s star-studded offering — check it out below.

There will be no more Ms. Nice Girl going forward. Meg tears through a pair of verses as she’s quick to cut anyone off these days who crosses her.

There’s a subliminal shot at some male rappers in the industry when she tells them to stop the congratulations texts and shuns them for giving her an attitude after she denied their sexual advances. Overall, “Not Nice” is a forgettable deep cut on the project.

“Ms. Nasty” gets lost in the album’s shuffle and should’ve been left on the cutting room floor. The ethereal beat is an interesting choice but Meg’s raps lack the same vigor displayed throughout Traumazine.

The horror movie section of the album, so to speak. “Scary” describes itself with ominous production and gives the album a new texture and a different listening experience for fans. Credit to Megan Thee Stallion for getting out of her comfort zone and taking a gamble here while the eccentric Rico Nasty fits right in at home inside the haunted house.

An uptempo single released in July, expectations for a seductive Future collaboration were higher than the effort put forth by Meg and Pluto. This was a slight miss, but don’t count out this combination in the future.

It’s like Megan pressed play on Drake’s Honestly, Nevermind and thought she needed a scoop of the dance world on Traumazine. The 27-year-old doesn’t do the house production justice but she definitely doesn’t butcher it either. “Her” ends up living as a middling song on the album.

The Grammy-winning rapper dusts off a Jodeci-sampling beat oozing with ’90s hip-hop vibes. “Plan B” is a girl-power anthem and will uplift the confidence of even the most depressed listeners out there. Meg has stated that whenever this record comes on, women will start “jumping” around and “clapping.” The April single went on to peak at No. 29 on the Billboard Hot 100.

The title of the album opener is ironic because it serves as the exact opposite of a non-disclosure agreement. Meg opens up about the hurdles in her life and takes aim at 1501 Ent., her haters, and more. Regardless, the Houston Hottie is powering through her trials and tribulations while setting the tone for the album and proves she’s still standing tall as “the baddest b—h” on the mic.

An ode to Houston. Thee Stallion is always repping H-Town and her Houston pride couldn’t be more prevalent than to have a record with city deity Sauce Walka and Screwed Up Click members Big Pokey and Lil’ Keke. The main message of the record is clear, put some respect on Houston as a rap capital of the United States.

OG Parker ups the vibes and tempo of the album after Megan Thee Stallion spent the first three tracks in a rage taking her anger out on her detractors. The twitchy beat sounds like it could’ve soundtracked a car chase in the Fast & Furious series while Meg gets back to her braggadocios raps. Latto brings the track to another level and more collaborations between the two sex symbols would be a welcomed sight as well.

Megan takes the most direct shot at Tory Lanez here while referencing The Notorious B.I.G.’s “Who Shot Ya” tied to how Tory allegedly shot her outside of Kylie Jenner’s party in July 2020.

She calls him a “b—h” and then quickly drops the subject with the case heading to trial later this year and turns her focus back to flossing her icy jewelry. “Ayy, I feel like Biggie, who shot you? But everybody know who shot me, b—h,” she raps.

A rare guest feature from Pooh Shiesty doesn’t add as much punch to the track as it probably should’ve. The Memphis native remains behind bars after being sentenced to five years in prison in April, but that doesn’t stop him from letting his feelings known for the police and detectives working his case.

Megan heads to the Paper Route Empire’s world and the Memphis label’s go-to producer Bandplay, who works his piano magic to lay a sorrowful sonic foundation. She’s had enough of the “jealous hoes” ridiculing every part of her life and fires back about how they should focus on themselves.

Glizzock takes the baton and raps in the same cadence Thee Stallion led with. If there’s one thing to take from “Ungrateful,” it’s the need for Key Glock to do more features in the future.

Jhené Aiko and Megan Thee Stallion make a fascinating combination because they’re both known for their raunchy wordplay but get to their sexual fantasy destinations using unique styles. Think NBA Hall-of-Famers Allen Iverson and Shaquille O’Neal on the basketball court — both knew how to score, but got it done in contrasting fashions. Jhené’s angelic vocals combined with Meg’s slick raps join forces for a dessert worth passing dinner over for.

Ever since her mom tragically passed away in 2019, Megan is having trouble putting her trust in others. She taps into her softer emotional side and gets candid about the sadness behind her Crest-approved smile.

“Flip Flop” is a fitting title as Meg gets back to her braggadocios self in the second verse. “Anxiety” and “Flip Flop” serve as companion records and shows the attention to detail she possessed when it came to the tracklist’s sequencing.

The most pop-leaning song gracing Traumazine. As tourmates earlier this year, a collaboration with Dua Lipa made sense on multiple fronts. The British pop star steals the show with a scrumptious chorus while Megan spreads the icing on the baked cake.

There’s something for everyone on Traumazine — which doubles as a restaurant serving all different types of cuisine. Meg taps into her R&B bag and utilizes her vocal range like we’re rarely accustomed to. “Star” is a potential bop with support courtesy of former American Idol contestant Lucky Daye.

Tina Snow knocked on Murda Beatz’s door and asked for the best beat he could find built around icy piano keys. “Gift & a Curse” is Megan at her most confident, which usually translates to a winning formula.

With a catchy hook followed by raunchy verses preaching sex-positivity, Meg reps for the ladies one time and flips the middle finger to the Supreme Court and right-wing politicians for overturning Roe v. Wade.

The most openly vulnerable we hear Megan on Traumazine. “Anxiety” serves as a mental health advocacy anthem while Tina Snow opens up about her bad days and how she doesn’t know where or who to turn to for help. With a lot to get off her chest, it’s refreshing to hear Meg wax poetic about her mental issues in an authentic and relatable fashion.