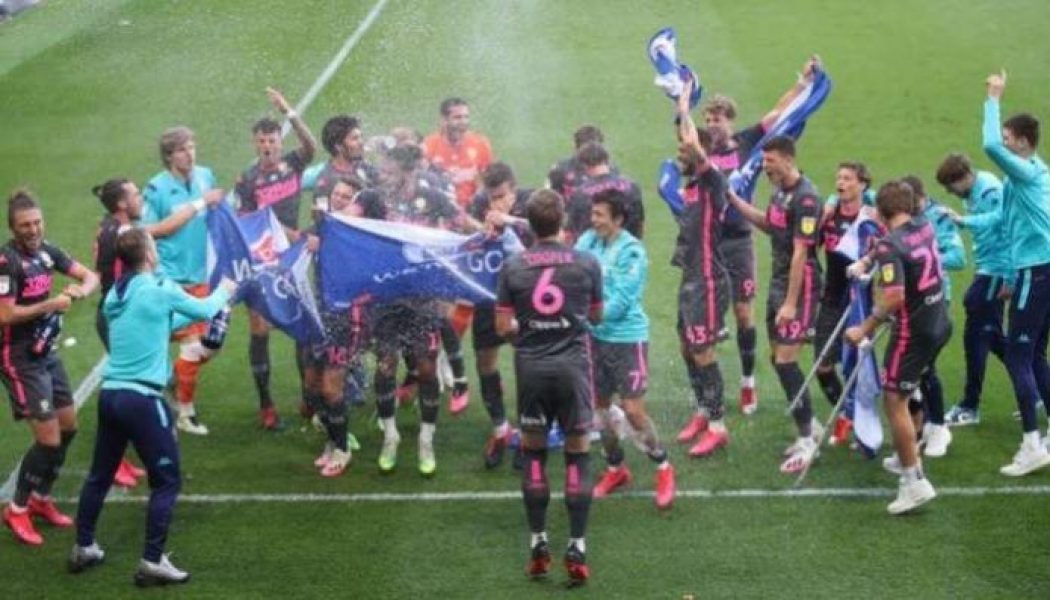 Champions Leeds United mounted a second half comeback to win 3-1 at Derby County while Barnsley’s hopes of staying up in the second-tier Championship were given a huge boost when they beat Nottingham Forest 1-0 with a stoppage time goal on Sunday.

Leeds, who sealed promotion on Friday and won the title on Saturday after West Bromwich Albion and Brentford failed to close the gap, extended their lead to eight points with one more round of fixtures left.

Derby, who gave Leeds a guard of honour, took the lead when Chris Martin pounced on a pass inside the box and curled his shot past the keeper. The visitors struck back two minutes later when Pablo Hernandez fired home from the edge of the box.

Tyler Roberts then threaded a weighted pass through the Derby defence to find Jamie Shackleton and the midfielder made no mistake with his first-time effort to make it 2-1.

Leeds then secured all three points when Derby centre back Matthew Clarke attempted to clear a cross but sliced his clearance into his own net.

At the Oakwell Ground, bottom side Barnsley looked destined for relegation before Patrick Schmidt managed to score in the 93rd minute in a scramble in the box, sparking wild celebrations from the bench as the coaching staff sprinted on to the pitch.

Barnsley’s win moved them above Hull City and up to 23rd with 46 points — two points from the safety zone ahead of the final round on Wednesday.