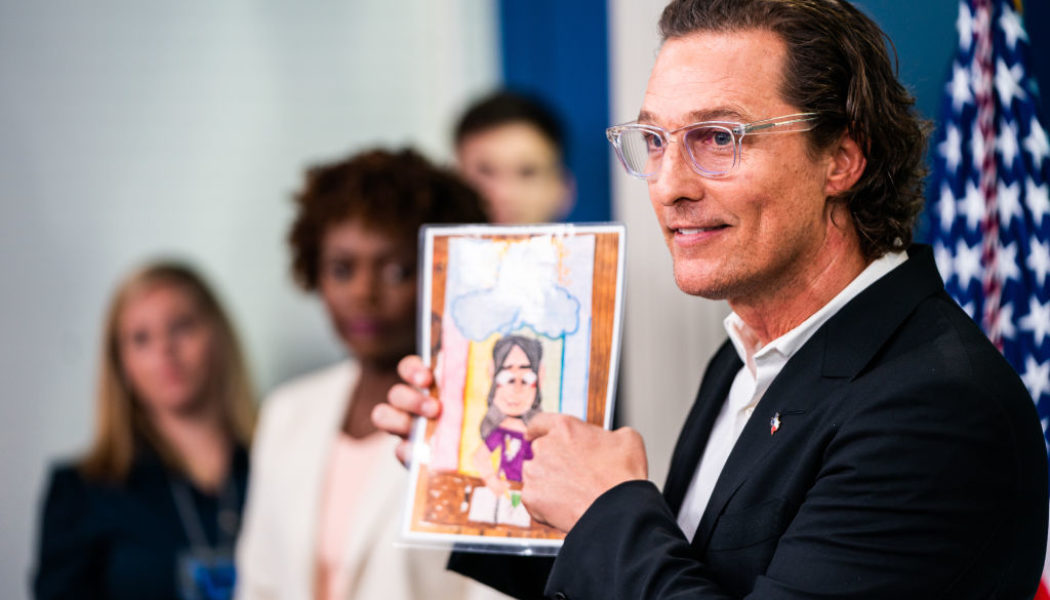 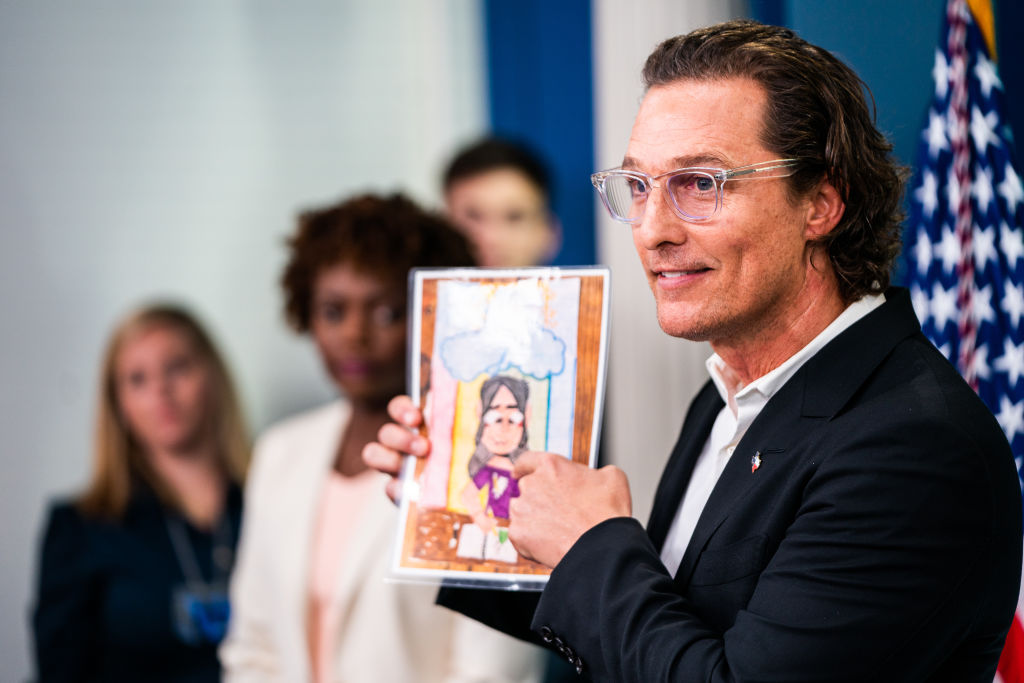 As the nation is still processing the grief in the wake of the mass shooting last month in Uvalde, Texas, Matthew McConaughey appeared at the White House to make an earnest demand for gun reform legislation.
On Tuesday (June 7th), the actor and Ulvade native was in Washington D.C. to speak with several lawmakers on Capitol Hill and with President Joe Biden about gun control legislation. As the daily press briefing from the White House took place, he was invited to speak to the reporters assembled in the room. McConaughey began by talking about how he and his wife Camilla went back to his hometown and met the parents of several of the children who died in the mass shooting at Robb Elementary School, as the briefing was carried live by cable networks. “You could feel the shock in the town,” he said. “You could feel the pain, the denial, disillusion, anger, blame, sadness. Loss of lives, dreams halting.”

The Oscar-winning actor got choked up as he spoke about the children lost. He asked his wife to hold up a pair of green high-top Converse sneakers that were worn by 10-year-old Maite Rodriguez who loved nature and wanted to be a marine biologist. “These are the same green Converse on her feet,” Mr. McConaughey said, “that turned out to be the only clear evidence that could identify her after the shooting.” He slapped the lectern, visibly upset.
“How about that?”, he said after.

He then pivoted to speak about how everyone he spoke to wanted solid and thorough gun reform legislation, and then made a demand for red flag laws along with background checks, and raised minimum age requirements from members of Congress. “We need to raise the minimum age to purchase an AR-15 rifle to 21,” he said. “We need a waiting period for those rifles. We need red flag laws and consequences for those who abuse them. These are reasonable, practical, tactical regulations.” The actor concluded his speech by saying: “Set an example for our children, give us reason to tell them, ‘Hey, listen and watch these men and women, these are great American leaders right here, hope you grow up to be like them. Let’s admit it, we can’t truly be leaders if we’re only living for re-election.”