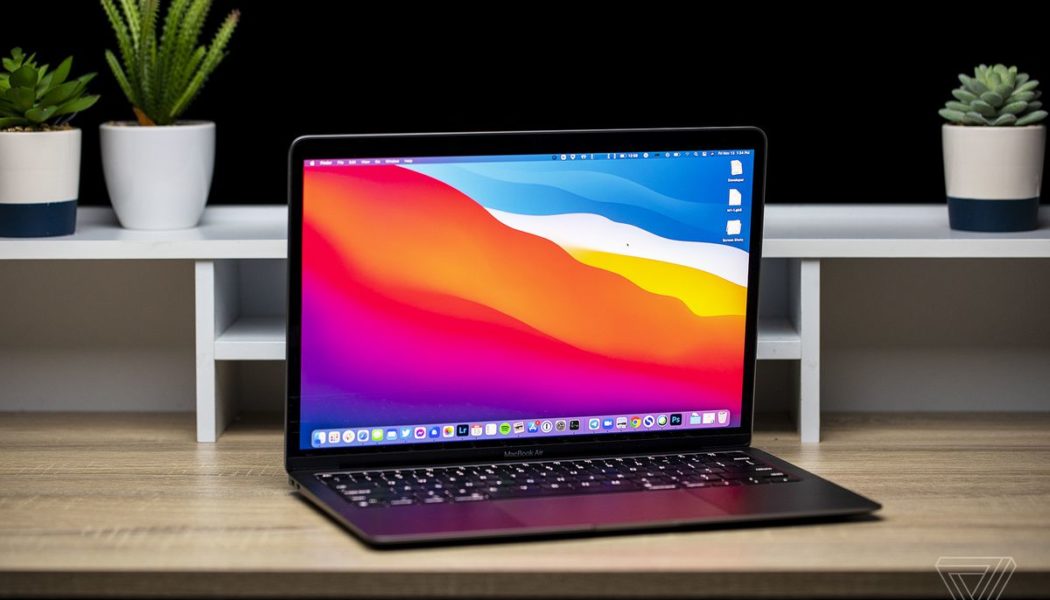 If you want a great laptop, you’re going to have to fork over a ton of money, right? Not necessarily. There are dozens of good laptops on the market at various price points. While it can feel overwhelming to find the right one for your needs (some are better suited for, say, college students, whereas others are ideal for gamers), that’s why we’ve come up with this list of some of the best laptop deals available right now.

In addition to the latest deals, we’ll share each discounted model’s best features (and downsides) to give you more clarity during your shopping journey. And if you need to do more research, you can also check out our guides to the best laptops on the market and the top cheap laptops as well.

We consider the newest MacBook Air with Apple’s M2 processor to be the best laptop for most people, one that offers all-day battery life and a combination of features that should more than suffice for the average user. Plus, Apple’s new MacBook is powerful enough that it can even handle some light gaming and even demanding photo and video editing apps like Photoshop and Adobe Premiere. It’s also faster than its predecessor thanks to Apple’s new M2 chip and offers a 1080p webcam, which is a welcome improvement given the disappointing camera on the 2020 M1 model. It’s much lighter and thus more portable as well, yet it retains features like MagSafe charging and Touch ID, as well as a nice display.

While a terrific laptop overall, there is one key area where Apple’s M1 model is better: storage. The base M2 MacBook Air with 256GB of storage is actually slower than its predecessor because it’s stored in a single NAND chip. Also, be aware as well that port selection isn’t great, and the included display notch — which is also found on both the 14- and 16-inch MacBook Pros — can make using the menu bar more challenging.

If that doesn’t bother you, however, we’re currently seeing the first discount ever on the new MacBook, which launched just a month ago. Right now, you can buy the “starlight” model at Amazon and B&H Photo with 8GB of RAM, 256GB of storage, an eight-core CPU, and a 30W power brick for $1,099, a $100 discount.

The redesigned MacBook Air is a thin and lightweight device powered by Apple’s latest processor. The M2 model also touts a 1080p webcam and a better display than its predecessor, while retaining features like long battery life and MagSafe charging.

For a cheaper alternative to our favorite laptop for most, look to the base MacBook Air with the M1 chip, which is the best cheap laptop. Like its successor, it offers everything you need. It’s also faster than most Windows laptops at this price point, and handles demanding photo and video editing apps like Photoshop and Adobe Premiere with finesse, especially compared to its Intel-powered predecessors. Thankfully, all that power doesn’t come at the cost of battery life either. While not as good as the M2 model’s, we found that it lasted between eight and ten hours — even when we played the game Shadow of the Tomb Raider.

In addition to offering excellent performance, the laptop also comes with other nice-to-have features, including a comfortable keyboard and an excellent trackpad. Just note its 720p webcam isn’t particularly good, so if a high-resolution webcam matters a lot to you, you may want to buy one separately. Also, be aware that, due to the limitations of the M1 chip, you can only use one external display at a time and port selection is also limited.

The MacBook Air is Apple’s entry-level laptop, which comes outfitted with the company’s new M1 chip in one of three different colors (silver, space gray, and gold).

At the moment, the MacBook Pro lineup consists of the newer 14- and 16-inch models released in late 2021 and the 13-inch MacBook Pro that just saw a revision with the M2 processor in mid-2022.

The new 13-inch MacBook Pro is similar to the M2 MacBook Air but geared toward more demanding use cases. It’s equipped with an M2 processor, unlike its predecessor, but still offers a fan and excellent performance that slightly outshines the M2 Air. Its battery — which we struggled to drain — remains one of its more impressive features, one that allows for up to 18 hours of usage on a single charge. Unfortunately, the laptop still suffers from the same outdated design (and Touch Bar) from 2016, as well as a mediocre, 720p webcam. Plus, there’s no MagSafe charging and you only get a pair of USB-C ports.

On the other hand, the new 14- and 16-inch MacBook Pros are equipped with faster M1 Pro processors, and you can go up to an M1 Max CPU if you’d like to spend more money for even faster performance. They offer a nice selection of ports as well, including multiple Thunderbolt 4 ports and a MagSafe power connector. No matter what you get, these laptops boast incredible performance with some of the longest-lasting batteries we’ve tested yet.

The new 16-inch MacBook Pro is a creative powerhouse equipped with Apple’s latest silicon. Configurable with either the M1 Pro or M1 Max, the 16-inch screen can be lent out to up to three external displays and a 4K TV simultaneously thanks to its vast array of ports.

Lenovo ThinkPad X1 Nano is the lightest ThinkPad you can currently buy from Lenovo, yet it still offers great performance in a light package. With its exceptional build quality, along with business-targeted security and management features, we think it’s particularly ideal for business travel. Other features we liked include its 16:10 display and the physical privacy shutter for its webcam, although we wished there were more ports and the battery life was less than average. Right now, Lenovo is selling the Lenovo ThinkPad X1 Nano for $1,363.45 instead of $2,479 when you use promo code THINKCTODEAL1 and buy the model with 8GB of RAM, 256GB of storage, and an Intel Core i5 processor.

Lenovo’s 14-inch Yoga 9i is our favorite laptop for multimedia entertainment. The convertible is equipped with fantastic speakers that deliver the best sound we’ve ever heard for a laptop this size. It also comes with an excellent 1080p touchscreen and other perks, including a built-in stylus and a battery life that will last all day. Just note, however, that it does come with bloatware that can be challenging to uninstall, and we found the 16:9 screen relatively cramped and dim.

At the moment, Lenovo is taking hundreds of off various configurations of the Yoga 9i. Right now, for instance, you can purchase the model equipped with 8GB of RAM, 512GB of storage, and an Intel Core i5 processor for $1059.99 ($420 off) from Lenovo when you use promo code YOGAOFFER.

Need a Windows laptop that’s budget-friendly? HP’s Pavilion Aero 13 is an excellent choice. Weighing just 2.1 pounds, it’s lighter, thinner, and thus more portable than HP’s Envy x360 13, yet still boasts speedy performance. Plus, unlike HP’s Envy x360 13, it offers a more vertically-spacious 16:10 screen that’s surprisingly bright for a laptop in this price range. Its battery life is much better than HP’s Envy x360 13, although, unfortunately, it does come with bloatware, doesn’t feel anywhere near as sturdy in terms of design, and its speakers’ audio quality isn’t very good.

You can currently buy the laptop equipped with 16GB of RAM and 512GB of storage for $679.99 instead of $889.99 from HP. Just note this model comes with AMD’s Ryzen 5 processor, which is less powerful than the model we tested offered.

Similar in many ways to the more expensive Envy x360 13, the HP Pavilion Aero 13 is a high-quality budget laptop that’s both incredibly light and powerful.

The Acer Aspire 5 is another budget-friendly laptop to consider. The 15.6-inch laptop doesn’t offer Thunderbolt support, but it does feature a wide port selection that includes one USB 3.1 Type-C Gen 1, two USB 3.1 Gen 1, one USB 2.0, one HDMI 2.0, one Ethernet, and a power port. The affordable laptop also features a terrific backlit keyboard that’s comfortable to use and sound quality that punches above its weight class.

There are trade-offs, of course. The battery life is quite poor — the Intel model we tested only lasted around five hours — and it’s loaded with some bloatware. The touchpad can also be hard to use, and the sheer width of the laptop means it might be challenging to store in a backpack. Still, if you just need a laptop that gets the job done, the Aspire 5 is on sale at Amazon right now with 8GB of RAM, 256GB of storage, and an AMD Ryzen 5 5500U processor for $448.50 instead of $495.23.

Acer’s Aspire 5 offers a nice port selection and a backlit keyboard that’s comfortable to use at an affordable price point, but it also comes with poor battery life and bloatware.

Subscribe to get the best Verge-approved tech deals of the week.

Home › Forums › The best laptop deals you can get right now